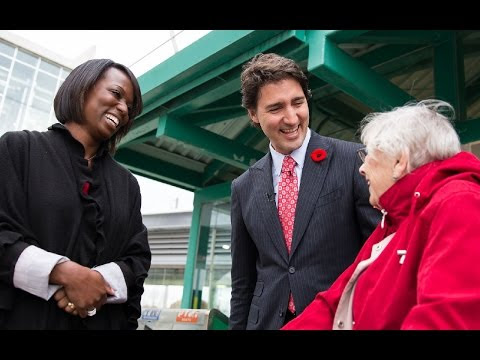 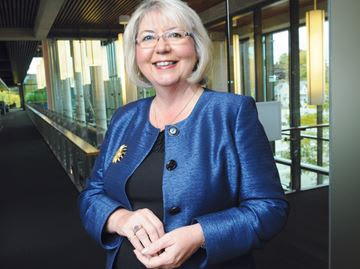 
Whitby-Oshawa Liberal Candidate Celina Caesar-Chavannes has just less than half the vote (45%) to just more than 4-in-10 for her Conservative opponent, former Whitby mayor Pat Perkins (42%). In comparison, five days ago, candidate results were reversed, but similarly close, with the Conservative at close to half (44%) and the Liberal at 4-in-10 (40%). The NDP candidate, Trish McAuliffe has just one tenth of the vote now (10%), and the Green Party has a very small share (3%). About one fifth of those who voted Conservative in the last federal election will vote Liberal today (18%), while more than 4-in-10 past New Democrats will as well (42%). Few past Liberal voters will vote for another party. Whitby-Oshawa Federal By-election Candidate Prefer%Pat PerkinsCelina Caesar-ChavannesTrish McAuliffRebecca HarrisonAnother party01020304050Pat PerkinsMoE: 3%● Vote %: 42

Well here we go again....Monday we have another election, a Federal by-election in Whitby/Oshawa, ...That was the riding held by the recently departed Jim Flaherty(RIP Jimbo)...

The lower picture is Stephen Harper`s candidate, a former mayor of Whitby...Pat Perkins

I find this race fascinating, the Liberal candidate is a tech savvy "According to her official biography, Caesar-Chavannes, a mother of three, is the president of ReSolve Research Solutions Inc., a clinical trials management service she co-founded with her husband in 2004.
She also sits on the advisory board of the Institute of Neurosciences, Mental Health and Addiction"

Celina is one smart candidate......Pat Perkins has a little baggage, I won`t get into that here..

Several weeks ago polling was looking like a Conservative romp in this historically(as of late) Conservative riding...However, Stephen Harper is up to his old tricks again, he`s muzzled Pat Perkins, Perkins has been a no-show at all candidates meetings, she refuses to be interviewed whereas Celina Caesar Chavannes has been door knocking, answering questions, smiling, talking and meeting the people..

Recent polling as of a week ago had Celina within 4% percentage points....

Conservative big wigs have been buzzing around Whitby in an effort to shore up her support...

Justin Trudeau has visited too, .....Big mo my friends...The  Federal NDP are not a factor in this by election, Thomas Mulcair and his team are in free-fall..

I wrote 2 years ago that Justin Trudeau will be prime minister, I don`t care about his speaking gaffes or lack of gravitas, he is a drawing magnet superstar...There is no explanation for his drawing power, he just has it..

The public has tired of Stephen Harper, tax cuts for the rich, muzzling of scientists and candidates, assault on our Supreme court..His vicious attacking of everyone who opposes tar sand and pollution, his wasteful spending, disrespecting veterans, taking away home mail delivery, deliberately screwing up every military procurement for the sole reason of having spending money in the upcoming federal election..

I over the last few days have been reading comments from Oshawa and Whitby newspapers...Big mo,(mentum) Justin Trudeau and a stunningly attractive and talented candidate named Celina Caesar Chavannes who has engaged the people, not run away and hid..

Celina Caesar Chavannes will win tomorrow`s federal by election...Reverberations will ripple through the federal Conservative party, Harper himself may blow another gasket, snap, and more, when Celina wins tomorrow Conservative backroom boys will be sharpening the knives, a big target will emerge on Stephen Harper`s back..hack, stab, slice and push towards the outhouse door, ...Stephen Harper`s ego won`t allow him to leave, .....oh yes indeed, Stephen Harper can`t bear the thought of losing to Justin Trudeau....But he will lose.

You should see the howling that`s going on by Conservatives in Whitby, they are crying foul because the federal Liberals are reporting on Pat Perkins`s accumulated baggage, expensive trips, expensive hotels and the like...The audacity, oh the humanity, federal Conservatives crying foul over what they are calling a smear campaign....Now that`s rich, the federal Conservatives, a political party where smear, slime and mudslinging are worn like badges of honour..

Charming, aggressive well versed and ultra skilled politician, one that female voters swoon over, with name recognition, and good hair(sorry El Bloatto), a man that backs up his tough talk with tough fists in the real ring, I can already see the ads running, Justin`s arm held up high by a referee while the Conservative lay on the ground bleeding and weeping...Ah, an instant classic..

There were so many ridings in Ontario which Conservatives won but by a margin so small, with Canadians rejecting Michael Ignatief, he didn`t even win his own seat, just imagine how many of those ridings, ridings full of baby boomers and seniors who value both healthcare and pensions, not to mention a good steak, the question isn`t ..

Will ridings in Ontario turn from blue to red? the question will be...

How many ridings in Ontario will turn from blue to red?

Here are a few examples...

You can peruse more riding results here...But as you can see, with a popular well schooled leader a dozen ridings go the other way..Adios Stephen Treason Harper.


Welcome to the big leagues Justin, I wish you well..

Congratulations to Conservative Pat Perkins for the win...

However, in 2011 the Federal Liberal were third place in the riding of Whitby/Oshawa...14% of the vote..

Tonight in the riding of the deceased Jim Flaherty. ..against a 2 time mayor..A black woman in a riding with 80% white people..

As I commented at threehundredeight.com

Liberals being within 10% percentage points was as good as a win in terms of momentum..

Look at all those Ontario ridings where Conservatives won by razor thin margins..

Just look at all the razor thin tory victories in Ontario..