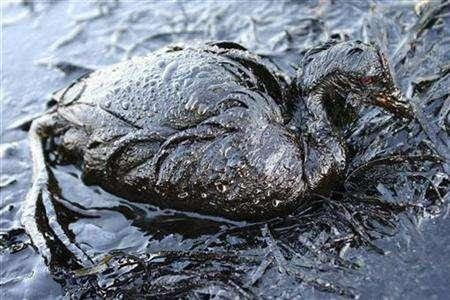 2014 civic elections had many winners and one really big winner, the environment, British Columbians sent a loud message the Stephen Harper`s well funded big oil lobby...Get The Hell Out!

Derrick Corrigan of Burnaby blasted all challengers, Burnaby citizens soundly rejected Kinder Morgan and their bully tactics, ...Derrick had really only one message to Burnaby voters in this election, ....We will stop Kinder Morgan...Even Burnaby`s large Asian demographic said no to big oil and yes to Derrick Corrigan...

You won`t hear one big media outlet like the Vancouver Sun, Global B.C..CKNW mention the hit to Harper`s big oil lobby, Keith Baldrey..Tom Fletcher..Vaughn Palmer..Sean Leslie, Michael Smyth...none of those corporate crony scribblers will write anything on the Rejection of Big Oil..

Gregor Robertson, I`m no fan of Gregor but I do him him kudos for fighting to keep Vancouver from becoming saturated in oil...It`s that 1 issue that cemented his reelection...And interestingly enough, the top vote getter for city counselor was none other than Adrienne Carr of the Green Party...

Vancouver Sun and The Province newspar went after Gregor Robertson with zeal..Gord Clark..

Here`s a newsflash shitty Smitty, Gregor doesn`t need to do a damn thing you say, your routine has become quite tiresome to those who have connected brain cells...Between elections you PRETEND to care about the issues and go after our provincial Government, Vaughn Palmer too...But in the 11th hour leading up to provincial and or civic elections your rightwing corporate mandate rises to the surface, inflammatory words like "greased weasel"..."Grovelling Gregor" are your chosen descriptors..

Atop everyone of your columns Michael Smyth this caption should appear....."A blubbering child scribbler`s thoughts"....

The province wasn`t finished, they promoted Vivian Krause and ran her desperate screed about how big money enviro`s are manipulating the public, a few dollars spent while the Harper Government..CAPP..Enbridge..Kinder Morgan have spent over $100 million dollars on fake, brainwashing, misleading ads, ads where thousands of islands have been removed from the Douglass Channel...$100s of millions in big oil advertising promoting their crud while Tides Canada and all the other environmental groups combined spent 1/1000 th of what big oil spent...Vivian Krause is a disgrace..

The public has rejected big media, they are irrelevant,  preaching to their choir, rightwing dinosaurs like Harvey Oberfeld, public is aware that big media today is corporate media with a corporate agenda, big media continue their descent to extinction...Alternative internet news is here to stay and growing by leaps and bounds

Connected braincelled individuals long ago rejected big media, and for a reason...for example my posting yesterday, 13 separate major oil spills and fraccing fluids leaks in Alberta in one month and you Vancouver Sun, The Province, CKNW didn`t report it even one of these major spills!...

In fact yesterday on CKNW`s Sean Leslie show, (Saturday November 15th/2:00 PM)..Sean Leslie started his show talking about Kinder Morgan`s court victory over Burnaby big oil protesters, Sean asked callers to chime in...I thought it was a perfect chance to report on all those toxic fluids spills in Alberta in one month(October 2014)...I was first caller up, I started by telling him that the media doesn`t report these oil spills, I rattled off the company names and what they had spilled, I was only 2/3rds through the list when Sean Leslie chimed in and said...And I quote..

"What does that have to do with Kinder Morgan?"....

I shouted back, we`re talking about pipeline spills, oil spills, frack fluid spills...What the hell do you mean Sean Leslie, Alberta spilling oil left right and center and you Sean Leslie ask what does that have to do with Kinder Morgan...A company wanting to triple their Alberta oil pipeline capacity, not only building a giant new pipeline but also a company wanting to continue using a 50 year old pipeline, Kinder Morgan is not only expanding capacity..Early arguments by the big oil lobby was..."Kinder Morgan will be replacing their old pipeline with a new safer pipeline"..Oh indeed, so damn greedy are the oil companies that Kinder Morgan changed their minds, why waste that capacity, we`ll just keep that old line in operation too..That`s where confusion arose as to how much Kinder Morgan was increasing capacity..New pipeline has double the capacity of the old one, hence Kinder Morgan is tripling capacity because they are keeping the old pipeline in play too, contrary to early fake spin from the big oil lobby.....

And you Sean Leslie aren`t stupid just bought..What the hell, only an idiot would say..and I quote..

"What does those spills in Alberta have to do with Kinder Morgan"..

I sent the information on all those toxic spills to CKNW news tips..To Shane Woodford..To Sean Leslie...The silence from them was deafening....Especially when big oil and pipelines are/were the big election issue in Burnaby, Vancouver and..

Kitimat....Enbridge is the issue there, if one remembers back to Kitimat`s plebiscite on the fate of Enbridge held by Kitimat...Kitimat`s long time mayor Joanne Monaghan was offside with the counselors, she was in favour of Enbridge, promoted Enbridge, passed regulations to favour Enbridge in that plebiscite and yesterday Joanne Monaghan got soundly thrashed, tossed out with a thud, third place.

"Council was in a search for unanimity, so Germuth eventually agreed to a friendly amendment that eliminated the references to neighboring communities. Mayor Monaghan, in the debate, said that Germuth’s full motion was against the spirit of the plebiscite, which she argued was just for Kitimat.
In opening the debate,

Germuth specifically told council that it was time for Kitimat to join and support both the Haisla Nation and neighboring communities Terrace, Prince Rupert and Smithers which had earlier voted to oppose the Northern Gateway project

Monaghan said she was having difficulty with Germuth’s motion because she felt that it went further than what Kitimat had voted for. She also said she supports the David Black refinery, believing that it would bring much need jobs to the region

Monaghan had opened the debate by asking that it be tabled until Councillors Scott and Murphy could be present. That motion was defeated 4 to 1.


Kitimat voters told Joanne Monaghan to hit the bricks and don`t let the door hit you on the way out...

Kitimat elected a man, a father, a diver, lover of scenery and a clean Douglass Channel....Phil Germuth

Enbridge and Stephen Harper`s big oil lobby were sent another loud message from Kitimat..Get OUT!

In Squamish where the people want nothing to do with Woodfibre LNG, a proposed LNG plant, owned by and financed by a ruthless in my opinion criminal, "The Deforester"

Squamish, West Vancouver District and the Sunshinecoast District want nothing to do with LNG tankers or facilities in Howe Sound..

Big media throughout this civic election period have ignored any and all oil spills, they ran story after story promoting big oil, and in fact during this election period CAPP, Enbridge and big oil had the audacity to run ads claiming the rescuing of the disabled Russian tanker was proof of world class marine response..My gawd, blessed by weather gods was the only thing that kept that Russian tanker from spilling its guts all over Haida Gwaii`s pristine shoreline...Those oil whores have no shame...nor does British Columbia`s big media..

I want to congratulate all the winners in yesterday`s 2014 civic election...And a big shout out goes to the biggest winner yesterday..

Stephen Harper, are you listening......Get out and take your big oil lobby with you.....!

Yes, it's the only reason why I voted for Robertson. I had to keep LaPointe out of the Mayor's seat.
All my other priorities had to take less priority; it is Robertson's stance on the pipelines that got my vote.