Until I get confirmation, I will have to hold back the post.....

No information as of yet, maybe the containment boom was placed out of precaution, I just spent the last hour and a half walking the Chevron perimeter .....There is a lot of digging going on, all the asphalt around one of the big tanks has been dug up, ..

In attempting to evesdrop on the workers digging and moving asphalt, they unfortunately are speaking Mexican, 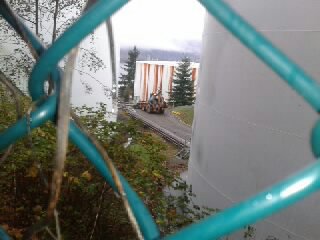 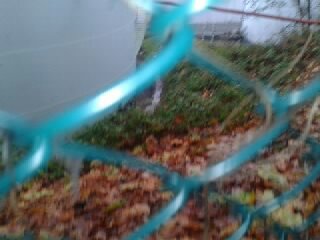 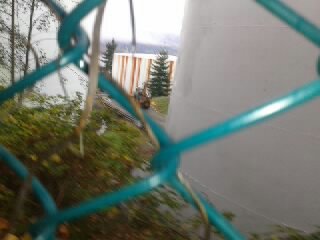 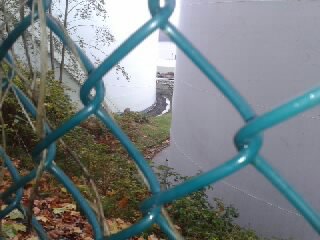 A report 2 weeks ago came out about the seabird decline in Vancouver harbour, the decline has been blamed on many many small oil spills from ocean going tankers,..


From my untrained eye, there does appear to be sheening on the water in and around the containment boom, ...No one from Chevron is talking....

A Burnaby city councillor is accusing B.C.'s Ministry of the Environment of playing politics with an ongoing oil leak from a Burrard Inlet oil refinery by not collecting samples from the site.
Chevron Canada Limited discovered oil seeping into the inlet in April, but after nearly eight months of testing the company still doesn't know exactly where it's coming from, why it's leaking and how much has made its way into the ecosystem.
The company says it's concerned about the leak and is co-operating with government officials.
"The site is proving to be very challenging," said Chevron spokesman Ray Lord. "We also continue to work with the designated authorities who are monitoring our progress on the clean up activity."
Lord said the company is working under difficult circumstances to clean up the leak.
"We're equally as frustrated with the progress this is taking. The efforts to identify a source within the refinery of any new current contributing sources are ongoing. We're working with a refinery that's actually functioning. it's a heavy industrial site so drilling wells and sampling within the site is challenging," said Lord.


Source of leak not identified

But area residents and environmentalists doubt the company's findings and they're not the only ones asking questions
"The frustration has been not to find a source, not to find a resolution," Burnaby engineering director Deepak Dattani told CBC News.


'Litigation isn't always the most appropriate manner to ensure environmental quality is maintained and restored.—Statement issued by the Ministry of the Environment

"We've asked Chevron what's the quantity that been released and we've not had an answer to date."
Chevron maintained in April that the oil leak is small -- about 100 millilitres, or seven tablespoons, per day. The company also said the leak results not from flaws at the facility, but from an historical seep from the ground. But none of the data appears confirmed.
Burnaby city councillor Dan Johnston said that the province, as the regulator, has to step up with answers.

Johnston also wants the ministry to explain the meaning of an internal environment ministry email obtained under a Freedom of Information request by the Burnaby Now newspaper.
In the email Ministry staff overseeing Chevron appeared to have made the decision not to collect samples for investigative purposes, so as not to "compromise a cooperative working relationship with Chevron."
"The ministry seems to make its priority on politics rather than human need," said Johnston.
"Chevron's corporate image seems to be impacting the ministry's decision and I think that's pretty scary."
The ministry did issue a written statement on Monday evening, saying it has chosen to work collaboratively with Chevron since "litigation isn't always the most appropriate manner to ensure environmental quality is maintained and restored."

One of the affected corals with attached brittle sea star.Courtesy of the BOEMRE and NOAA OER Lophelia II expedition
A team of researchers surveying the depths of the Gulf of Mexico have found a large area of dead or dying corals and associated animals. Though the scientists caution that they cannot say definitively what caused the damage, they believe the limited evidence available points to the Deepwater Horizon oil spill as the culprit.
"It was immediately obvious when we pulled up to this site that almost all of the corals were in bad shape," says Charles Fisher from Pennsylvania State University in University Park, the expedition's chief scientist. "It wasn't subtle: they were covered with brown material."
The group's two-leg 'Lophelia II' expedition began 14 October when they cleared the narrow port at Pensacola, Florida, aboard the National Oceanic and Atmospheric Administration (NOAA) flagship research vessel Ronald H. Brown. Aboard were researchers from a variety of institutions, including a team from the Woods Hole Oceanographic Institution in Massachusetts who brought the remotely operated submersible Jason.
Watching camera feeds from Jason in the vehicle control room mounted on the ship's deck, the team first saw damaged hard coral, and then a large field of gorgonian soft corals, or sea fans, nearly all of which appeared heavily damaged. Some were covered in brown material; others were losing their tissue or stripped to their hard skeletons. The brittle sea stars that commonly intertwine these soft corals, which are normally seen waving their arms, were discoloured and immobile.
"Those images are straight out of my nightmares,"

Thank you for sharing this.