Metamorphosis, the coming of age, the birth of a beautiful monarch butterfly..


The Arab spring, the Tunisian uprising, the opening of young Egyptian eyes..

I also recall in recent news a grandmother who was a bus monitor, through social media shocking displays of what little bastards and bastardesses do when their parents aren`t watching, the final result was reprimands of the demon spawn and a near $million dollar nest egg, retirement fund for the verbally abused monitor, classic social media justice..

We have seen racism through electronic media from those who pose as lily white puritans, now exposed we witness the squirming, the excuse making, the alibi, we, the not so-weak-minded are offended by the true beliefs of our brethran, inner racism and the human animal on naked display..

Musical stars are born on youtube, big bright smiles are brought to life, actors, producers and others with athletic prowess are vaulted into stardom through access, through electronic social-media, average Joes and unknown Janes who reside in money poor suburbia, without these communication devices there they would remain to toil in anonymity..

Life is cruel, hurtful and not fair, advantage and advantages has always been skewed towards those of privilege, of silver spoon pedigree, of private schools funded with private offshore money, it`s far easier for those spoon-fed elitists to reach for the stars when failure would merely result in falling backwards into a bathtub full of gold plated baubles.

Mothers who dream of daughters as cheerleaders and babies like Honey Boo Boo child to prance and dance and succeed where they themselves failed, tryouts have many who are sent home in tears, braces, pimples and noses too long, the list of shortcomings for most is standard fare and expected..

And no, it`s not exclusive to feminine chromosomes the pendulum of life swings the dream ending guillotine across both sexes, boys that can`t run, tubby Toms gasping for air and more often than said privileged parents leaning on coaches to accept the lesser for favour..

Life has never been fair and equity has always been dealt from the bottom of the deck, social media, like the metamorphosis of the monarch butterfly is transforming before our eyes...

The "taking" of Amanda Todd was tragic..

Bully pulpits, bombastic bluster and teenage sexual curiosity are here to stay, and so is the loudest denials from the most prolific abusers.. 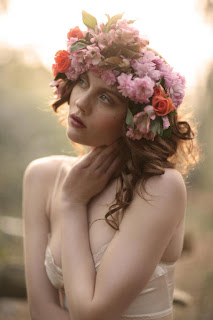 Jeez Grant, you want to write a romance novel? You want to wear flowers in your hair? Go to San Francisco.
My eyes are rolling...
Come back to the planet please.

Let me be clear, there are many problems associated with ELECTRONIC MEDIA..

However, I believe far more good has come from the "access and communication devices"

Well, where I do reside certainly isn`t the sewer, also known as fantasy land and or self-sounding board.

Many times your gifted words, have soothed my anger and outrage.

In Canada, lies, deceit, corruption, thefts, dirty tactics, dirty politics and cheating to win, reigns supreme. We can use the exact same words, to describe BC.

As for anon 12:09. I need flowers for my hair, many, many times. I am your type-A personality. I shoot my mouth off, with very little diplomacy. I say what I mean, I mean what I say. Even as a kid in school. Anyone who picked on me or tried to bully me, rued the day. I had six older brothers, I was a pint sized tornado, still am.

I am always looking for flowers, to soothe my soul. If Grant offers flowers, I take them.