The Child Without Country 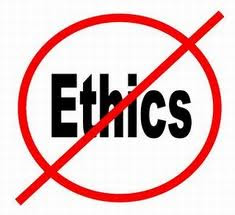 There are no words to describe Communist China, Canada has turned a blind eye towards atrocities around the world, Canada could care less about human rights, law, equity, environmental destruction, as long as investors and big energy make $billions from China who cares, what happened to Canada`s moral authority, maybe I`m a dreamer, maybe I read history wrong, maybe Canada was never better than the corrupt tyrannical Government of Communist China......I don`t mean to paint a nation with a broad brush but this time China deserves the shame!

It is a story that has deeply unsettled millions in China, posing troubling questions about whether three decades of headlong economic development has left nothing but a moral vacuum in its wake.
It begins when a two-year-old girl totters into a narrow lane in a wholesale market in the thriving industrial city of Foshan in Guangdong Province and is hit by a white van. The driver pauses, then pulls away, crushing the child for a second time under his rear wheels.
It is not the accident itself, but what happens next - or rather does not happen - that has left millions of ordinary Chinese wondering where their country is heading.
One by one, 18 passers-by are seen on closed circuit television ignoring the girl as she lies in the road, haemorrhaging into the gutter. Not one stops to help.
The first is a young man in a white T-shirt and trainers. He walks past the prone form of the girl who is by now bleeding profusely, without a second glance.
Next comes a cyclist who wobbles slightly to avoid the dying child and then pedals on, turning his head back momentarily, as if to check that he really did a see a child dying in the street.
As the pool of blood spreads, a third pedestrian comes by, clearly sees the bleeding girl, but steps out into the small lane to give her a wide berth.
All three could have moved the girl, later named by her parents as two-year-old Yueyue, but none did, allowing another, larger vehicle following down the lane a few minutes later to run her over for a second time.
The pictures of the incident, which happened last Thursday afternoon, then show a succession of other cyclists and rickshaw drivers weaving round the girl, including a woman walking with a child who, on seeing Yueyue, visibly quickens her step, dragging her charge after her.
It is only the 19th passer-by, a 58-year-old street cleaner called Chen Xianmei, who drops her bag of rubbish and rushes to the child, attempting to scoop up her up, but finding her floppy and lifeless.
Mrs Chen, who is only 4ft 7in, then calls for the girl's mother, who comes rushing into view, taking up her child in her arms.
Yueyue is now in a critical condition in intensive care in the military hospital in the city of Guangzhou. Earlier, doctors said she had suffered major head injuries and was breathing only with the assistance of a ventilator.
The story of Yueyue was the leading item on China's online news portals as copies of the distressing CCTV footage attracted more than a million viewings in hours. Many reacted with dismay, citing the incident as further evidence that China had become a "world without morals".
"Everyone is praising the rubbish-collecting granny for helping, but isn't it normal to help someone who is wounded or dying?" asked Johnny Yao on Weibo, the Chinese equivalent of Twitter, "This just shows how abnormal is the moral situation in this society! The sad Chinese, poor China are we even rescuable?"
Others blamed China's compensation culture for the callousness, recalling a famous 2006 judgment when a Good Samaritan who helped a woman get to hospital was wrongly ordered to pay her compensation. "They didn't ignore the girl, they just didn't dare help her," said one comment among many that said that Chinese law had helped to create a fear of intervening.
However, many others said there could be no excuse, and that the scenes should "shake the soul of every conscientious person" in China.
"Even if the passers-by couldn't rescue her, they could dial 120 and 110 [China's emergency numbers] and help to stop vehicles, then the little Yueyue wouldn't have been run over by the second car," said one comment. "What's up with people these days? They make so many excuses to turn a blind eye. The society is so indifferent, so heartless."

Except this Message to Christy Clark ........"Families First"......What about mainland China Children, what about the 100 million empty new condos in China, what about the......

ETHICS of Canada and British Columbia.

It is all so true. Our country and many other country's, ship their factories to China. They want to exploit China's cheap labor. And, child labor in China is even more cheap.

Campbell shipped some of our mills to China, along with our raw logs. Mills will become obsolete. Raw logs will be shipped, to whichever country.

They want to log our rain forests. Freighters will use the same route as the dirty oil tankers from China. They will pick up the logs, right out of the sea, or the near shore. This is the home of the Spirit Bears and the unique small wolves. There are thousand of wild creatures in the rain forests.

The Douglas channel is where our beautiful Orcas and Humpback whales live. There are thousands of marine life in that channel. Depending on what and how many country's, Harper and Campbell can con into accepting the dirty oil. There could literally be, hundreds of freighters and oil tankers.

Harper said, piss on BC province and the people, China WILL get their dirty crude. The great dictator, has spoken again. Harper pulled a dirty on the First Nations People. BC's corrupt judicial system, ruled Harper does not to contact the F.N. People on environmental issues.

They have already been working. I forget the name of the channel, they are deepening or making wider.

Convince me, Harper isn't an evil, fascist dictator. Both Harper and Campbell should be tried for high treason and imprisoned for life