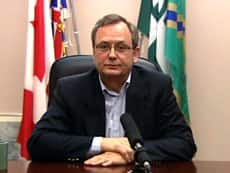 
"I know what I did was wrong and I full responsibility for my actions" SNIP......

"I didn`t think that I was that impaired, and I know that even one drink is too many"snip

So that my friends is what Jane Thornthwaite did.....And those were here statements following this shameful event, the next step was for the Government to appoint a special prosecutor to investigate the Thornthwaite drunk driving.........

The special prosecutor has indeed approved charges against Jane Thornthwaite for impaired driving, so that should be the end of right?.........She should plead guilty and move on with her life within Gordon Campbell`s Government, well..............

Friday trash day.......Jane Thornthwaite has pleaded not guilty in court!

OK....Lets go back to Jane Thornthwaite`s on the record PUBLIC STATEMENTS.......

and I qoute...."I know what I did was wrong and I take full responsibility for my actions"snip....And....

Jane Thornthwaite is upholding the B.C. Liberal mantra, if you can`t win cheat, lie, corrupt, ......you make us all proud Jane Thornthwaite, way to take "full responsibility for my actions"

You can read about the court plea here

Although the gutless drunk Jane Thorthwaite didn`t have the courage to appear in court in person, her lawyer entered the plea on her behalf......Hope you are real proud of your MLA north shore!

And now John Les.....And I apologize to my readers, John Les will not be charged, I was wrong, or was I?

The statement from the special prosecutor who was investigating the John Les land fraud case is.....

John les was the benefactor of the land deal, the land SHOULD NEVER HAVE BEEN TAKEN OUT of the Agricultural land reserve, but the likelihood of a conviction against John Les is slim, we can`t prove that John Les put undue pressure on Grant Sanborn........

Well folks, John Les hasn`t been exonerated, the special prosecutor said....... "There was an unlikelihood of a conviction" snip

Let me put this in context, a man robs a bank, he doesn`t get caught right away, the bandit spends money, the thief gives $50 thousand dollars to his friend, eventually through tips from the public they catch and charge the crook, the bandit has admitted spending the stolen loot, the bandit admits giving $50 K to John Les........The bandit is jailed and charged but the $50k John Les gets to keep and spend!

The special prosecutor has said about the John Les property...."The Rosebank properties should have never been released from the agricultural land reserve"snip

That in no way is an exoneration .......John Les...You stink, Gordon Campbell...."Birds of a feather flock together"

You have not been exonerated by the special prosecutor, your ex-employee fell on his sword to protect you....But if Gordon Campbell considers that an exoneration it shows how corrupt and out of touch with reality Gordon Campbell is.....

Nothing more needs to be said by me at this time.

I suspect Sandborn will win the Order of Canada or be elevated to the Senate, for his actions protecting Les.

Again the gordo the drunk's gang strike again! These thieves have no morals at all. Les, received money, lots of it because of the land removal. WTF! Why isn't he in jail? Amazing fact... Coleman, Les, Van Dongen, et all, always get a "special prosecutor. How come? How come they investigate, find them not guilty, in less then two years. It takes SEVEN years for the to look at the "Raid on the Ledge". The BC Rail fiasco... will they ever get to the end? By that time gordo the impaler, will be drunk and fat on Maui. RECALL THEM ALL NOW!

Birds of a feather flock together. "Chickens" comes to mind.(Although I prefer chickens or corrupt gangsters. And why special prosecutors for lieberals? They should be treated like anyone else. Charged, court, prosecuted, verdict. Nothing special about that, unless of course you are one of this corrupt bunch.
Another saying - what goes around come around.

Once again, great reading. However I can't find the info on our drunk driver in court today. If you could, I'd appreciate a little help in finding it so I can blast it over the MSM that seems to avoid these stories.
Thanks Grant

Guy....I got the story through the airwaves, now that the story has gone viral the Vancouver Sun followed my lead, allbeit a little late...I put a link to the story in my post.

Grant's writeups about it:

"My actions were inexcusable. Drinking and driving is dangerous and completely unacceptable; I know that and make no excuses for what I did," the former health consultant stated, adding she will take full responsibility for her actions and work hard to regain the trust of constituents.
Her boss, Premier Gordon Campbell, was charged and convicted of driving while under the influence of alcohol in January 2003 while vacationing in Hawaii.

Thornthwaite claims full responsibility for her actions and expects to be charged with impaired driving. In a prepared statement, Thornthwaite also says her actions are inexcusable and completely unacceptable.

“I know what I did was wrong and I will take full responsibility for my actions,” the Liberal MLA for North Vancouver-Seymour said in a statement sent to some media outlets on February 23. “I intend to work hard to regain the trust of my constituents in light of this serious mistake and I want to apologize to everyone for my actions.”

"People make mistakes, and I've made them myself," Campbell said, referring to his own impaired driving charge from January 2003.
"I think we have to accept the apology that Jane [Thornthwaite] has given, and she's got the opportunity now to earn back the respect and trust of her constituents, and that's what she should be given the opportunity to do," he added.

(He might be willing to forget (most drunks are)...but I'm not. It could have been my kid she killed.)

What's in it for Sandborn to take the fall for John Les? I hope he rots in jail.

Hey Grant,
Sorry I missed that. It's been an unusual day around here. Also Thanks Leah.
Have a GREAT weekend.
Guy in Victoria

Where are these a-holes (Campbells gang) getting their Spec Prosecs? Do they have a pool with people guaranteed to back them. And do they all have the same script. "I don't feel we have enough evidence to prosecute". For Crists sake man get the hell out and get some evidence. Don't just do the bidding of der Furher.

Good evening friends...This is all good news, trust me please on this one..

CTV/Global, ....John Les wouldn`t answer questions from the media, people in Chilliwack interviewed on the news didn`t believe John Les...He was Mayor and he got benefit...

Jane Thornthwaite should have plead guilty, this will crush Campbell, it would have been better for John Les to have been charged,

The feeling out there is there is no justice against corrupt BC Liberals...

The PAB(public affaires Bureau) have screwed up royally!!!!!!

And here is an interesting kicker on Jane Thornthwaite...

Gordon Campbell wanted Jane to plead guilty, Jane Thornthwaite will not get the nod to run again, if she did run for office she would lose...

Jane Tjornthwaite, knowing she is a one term MLA has broken ranks and wants to protect her own criminal record, the trial is next year, she can stall it another year...

Meanwhile she gets paid a good pay cheque...And she ain`t listening to Gordon Campbell.

Don`t be mad friends, the wheels have come off the big red machine, it`s puking oil,billowing smoke, the engine is ceased...

This is a day to celebrate!

dear strait good: if you drive highway 1 into chilliwack, there is a humongous sign that says "plant your business in chilliwack, call the mayors office...it then lists a phone number.

its well known in city hall or the building inspection departments that developers could deviate from the official comunity plan and build what ever they wanted. if a city employee had any issues they would be mysteriously laid off.
no one wanted to work there because you had zero support.
smell the coffee, good story. there was involvement at the highest level