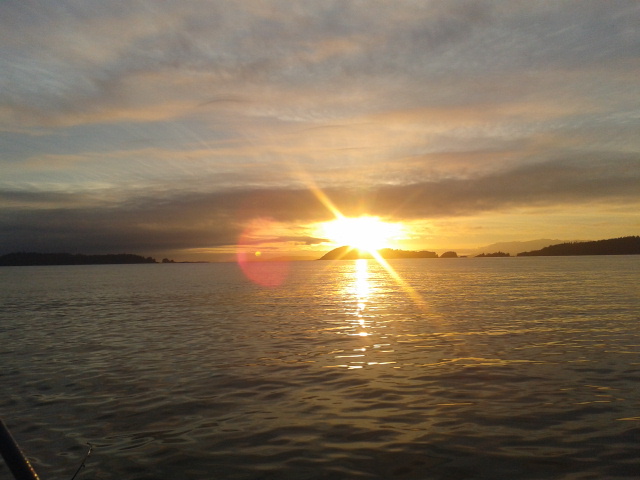 "Day after day I`m more confused, yet I look for the light through the pouring rain"....

Don`t have much to say as of late, shaking my head wondering why, wondering why our media has turned into simple minded repeat after Simon, 200 plus members of the BC Liberal spin/ communications gang, also known as Simons, well, at least as far as our cowardly media is concerned they are Simons, ....Simon says...

And like trained seals they flap their flippers, begging for Simon to handfeed them herring, doesn`t anger me anymore it saddens me..Keith Baldrey is the epitome of a social and professional loser, obsessed with Twitter followers, he believes he is important, he isn`t, no spine, no guts, no courage, no soul, no talent, unless you count being a blind mouse gorging on Liberal cheese a skill...

Christy Clark`s war on teachers, thanks Adrian Dix, that`s on you, imagine declaring through the backdoor that LNG plants and infrastructure don`t require an environmental assessment, that is beyond sick it`s deranged, who needs a stinking environmental assessment, can`t even one media figure of standing put 2 and two together, the big energy companies aren`t building anything in British Columbia unless they get it all, carte blanc power to obtain free land, construct, no taxation and free power, go through our provincial parks, conservancies and protected areas, and no environmental assessment or we`ll take our LNG ball and go home, halfway through 2014 and still not one final investment decision..

The big race, hurry hurry hard...build build build before Australia, Papua New Gunea, East Africa, Qatar and the mighty USA get there first, oops, nevermind they are already there while British Columbia muses about what colour socks to wear with our running shoes..

School districts now must sell assets, sell schools, sell property and pay for their own earthquake upgrades, all those old brick and mortar schools laying in wait, ready to crush, maim and snuff the life out of our children, a BC Liberal promise made a decade ago to earthquake proof all schools in short order just got cancelled, no money, Christy Clark doesn`t care about children, or families she cares about what oyster bar she is seen in and with who..

Those million new workers claim, and by 2020, yet those troublesome school districts refuse to sell all the silverware, all their assets, who needs future thinking when LNG will be the end all to every need imaginable..

When the big earthquake comes and a school collapses it will not be an unpreventable accident it will be an on purpose, with malice of forethought, with knowledge it was coming, some towns have but one schools, an entire community with all their children dead, kinda reminds me of that tragic Korean ferry disaster..

Been busy, working 14 hours a day for the last 2 months, was hoping to finish the task at hand by May 1st, it will take another week at least, mom is selling her home, I have fixed everything, the list is long, my leg is thrashed, can`t even walk when I wake up, it takes 3 coffees and 4 Advil just to take the edge off, that`s why the days are long, can`t stop midday or I won`t be able to restart, not sure what mom wants to do, she might move in with me in Garden bay, one level house and no stairs, she can`t manage her big Burnaby home with the steep walkway on her own, we aren`t leaving any money on the table, from an old house to a brand new sparkling treasure, she`ll do well, it will give her options, a domestic house person to assist her?, her own new home? or...Or with me, she`s a political junkie and loves my cooking, ..Well, she did divulge her recipe secrets to me..

Need to go fishing, ocean is calling, damn home, one man, hundred repairs, house is looking really good and boy do I miss my dad, May 1st is his birthday, MAYDAY, think I`ll have a beer and raise the glass to memories and theatre of the mind, when I fish everything is dad, including duct tape and clamps, that`s how my dad fixed everything..

Near $200 million for training workers for jobs that don`t exist, what ship-building jobs and when, what LNG jobs, there still isn`t a single final investment decision, these big energy companies aren`t hiring British Columbians even if they do decide to build, talked to a high ranking energy expert and he explained it like this, ...

"why would British Gas want to train an entire green workforce when they have an experienced LNG plant build crew with idle hands ready to go?"

No new money for training workers for imaginary jobs merely redirecting Paul`s education money for Peter, and Simon says that the media promote this fraud of cutting education funding through stealth, where`s the herring Keith Baldrey?


"The world outside looks so unkind I`m countin on you, you can carry me through"

I`m hoping John Horgan lights a fire under the NDP and gets down to brass tax and call this BC Liberal Government out for the wholesale fraud they`re engaged in, my dad taught me to take no guff and call a spade a spade and oh how I wish I could hand him a screaming reel, to see his eyes light up, big grin and pride, pride in his only son...

"Families First" bullshit, a media made up of sock puppets, at least we beat Enbridge, that project is dead, your help was vital in destroying Janet Holder, don`t know if we can stop Kinder Morgan..

Mom is so happy, her house hasn`t looked this good since the day we moved in, dad, mom and my siblings, 40 years later and the clock never stops, at best you can hold the pendulum at bay but for a moment....CAPP has taken control of our federal Government and every provincial Government too, they won`t come to our rescue we the people are going to have to do all the dirty work..

Christy Clark and Co. are complete failures, a school drop-out for a painted premier, and a media that closes it`s eyes and reports what Simon says, they shed no tears and care of nothing, I wonder what the parents of Keith Baldrey, Vaughn Palmer and Bill Good would say to their children, I`m curious, think they are proud, seeing their children as liars, spinners and yes men...

This entire country is foul with, mind numbing corruption. How many times have we heard? But this is Canada and Harper can't do that. Harper can do that because, he is a sociopath. So, he is devoid of a conscious.

Canadians have to change their mind sets. Many of us were brought up, in the good decent democratic Canada. This country is now an evil dictatorship. Citizens must learn? You can't expect the best from Harper. We must expect the worst. Because, worst is all we will ever have from Harper.

The putrid Campbell/Clark BC Liberals? Rumor has it, they are so vile with corruption their stench is smelled, right up to the Space Station.

Harper his Cons and the Campbell/Clark BC Liberals are a litany of, lies, deceit, thefts, corruption, dirty politics, dirty tactics and all of them cheated to win.

This is one evil legacy, to leave their kids. However, they are sociopaths and it is impossible to shame them.

Afraid the fascists are back and another war is nearing.

Gonna' be a hell of struggle to get through this, but we will prevail.

Stay strong and never give up.

it is to be hoped horgan can make a differance, but there is none so blind as those who will not see.

We now have all heard of the loss of Canadian jobs due to the federal foreign workers program. Have we heard from any premiers or mayors yet? Not so much. the feds will continue with this program because it works for them and their supporters. The voters of canada are so dumb they will continue to vote for the likes of harper and christy clark. And people wonder how come we have such a high rate of child poverty in B.C., well their parents can’t find any jobs. Their older siblings can’t get their lives started because they can’t even find entry level jobs in B.C.