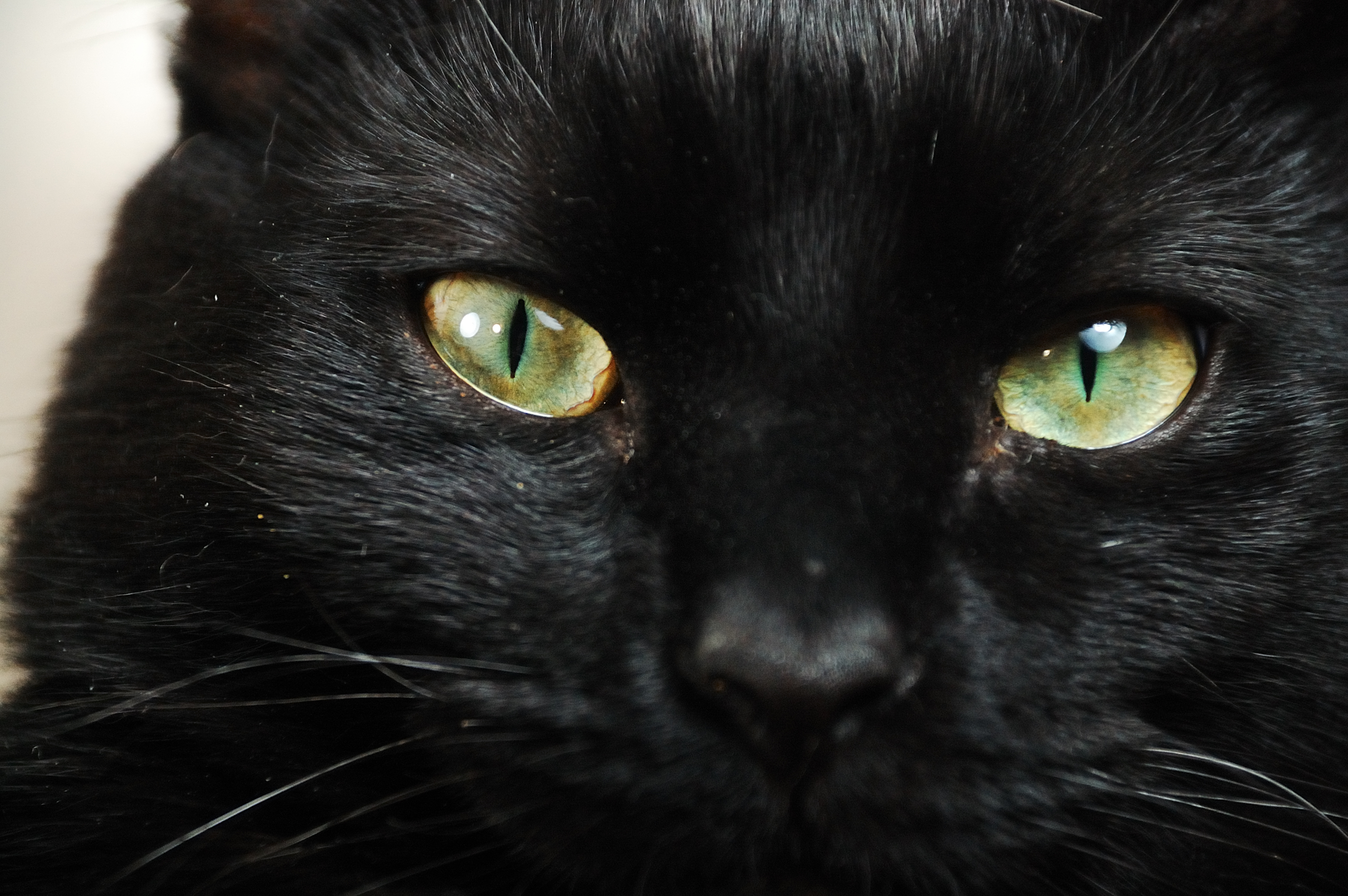 So grandiose were Christy Clark and Rich Coleman`s promises as to the bounty British Columbia would reap from exporting liquid natural gas that as expected, as expected the big climbdown was coming, and today it arrived.....

Let me refresh you on just some of the ridiculous spin.....

Pamela Martin....."What would you do with a $trillion dollars from LNG"

Christy Clark, Rich Coleman and the BC Liberals, all off them..

"We have an opportunity for a $trillion dollars windfall.....We can pay off our provincial debt...We could remove our provincial sales tax.../..We will create a $ 100 billion dollar prosperity fund for future generations......Revenue sharing with First Nations....Monies for northern communities affected by an influx of LNG employees and infrastructure.....Crdebts paid off....Bridge tolls removed....Capital build monies for schools and hospitals..."

All these 2013 pre-election promises, all that largesse being paid for with LNG cash from Asia, from Japan and China.....Roads paved with gold and unicorns for every child in British Columbia....

Our spineless corrupt media, they helped sell it, they are still attempting to sell it, especially BC Liberal flagship T.V. station Global B.C. and BC Liberal booster club, also known as cknw radio..

David Broadband and The Straight Goods tore the advertised LNG fiscal numbers and employment numbers from ear to ear....

In fact, a post last month I stated that very soon both the financial returns promised, the employment numbers proferred would soon see a giant climbdown from earlier claims, as in before the 2013 election earlier claims...

Let me remind you what Rich Coleman said about employment numbers if just 3 LNG plants were built....

Rich Coleman on February 22/2014 made this outrageous statement while giving a 30 minute speech on LNG.. 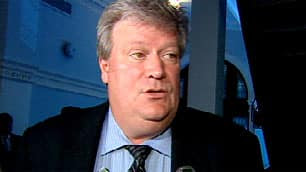 I get a kick out of some of the other folks out there saying: 'You're behind schedule.' "No we're not. We're actually right on the time frame that I established."

One thing that works in the government's favour is the scale of the enterprise. The values are so vast that even delivering a fraction of the potential could count as a win.

It's that comfort level that's giving him the kicks, and the amusement. snip..

Here is a BC Liberal Government press release a mere 2 months ago....Look at all those promised jobs, look closely at those job projections


"61,700 jobs are required to support LNG operations including workers required to drill, produce, process and transport the natural gas required to feed the export facilities.

In additions to these jobs, there will be thousands of spin-off opportunities created and supported as a result of LNG"


And who could forget what BC Liberal Government Deputy minister Dave Bing said to a business crowd in Vancouver...


"BC will see a million job openings by 2020, most within the next three years..

There are 47 projects in the province on the books worth over half-a- billion each.

I think Christy Clark and the BC Liberals have some serious explaining to do...

But before we get there....Here was The Straight Goods totally debunking both the promised revenue numbers and employment numbers advertised by these BC Liberal Government conmen/woman..


I wasn`t alone, David Broadband through FOI and stymied FOI requests also suggested that Christy Clark and the BC Liberals lied their faces off on promised jobs..


Did the BC government fake LNG numbers before last year's election?


"Emails between top-level BC civil servants show Premier Clark’s 100,000 LNG jobs were based on dubious assumptions thrown together at the last minute for her 2013 throne speech. Were those civil servants working for the public interest or Clark’s election campaign?........

Were the Prosperity Fund and the job claims part of an elaborate election ploy? It wouldn’t be the first time a government made an election promise it didn’t intend to keep. A more troubling possibility, though, is that Provincial public service employees and public funds were used to create that election ploy,......

And today, April 22nd/2014 the truth was revealed, forget those employment and job numbers advertised by Dave Bing, Rich Coleman, Christy Clark and all BC Liberals.....

As written by David Broadband and The Straight Goods, those advertised job numbers were utter bullshit...

Who are we to believe, those BC Liberal liars mentioned above or a spokesperson for CAPP..Canadian Association of Petroleum Producers....

Well, let`s have President of Capp Dave Collier tell you himself...

"Hi, I`m Dave Collier the president of CAPP, Canadian Association of Petroleum Producers, Responsible natural gas production is fundamental to the prosperity of British Columbia, B.C. has extensive natural gas resources, enough to meet current demand for many generations, but our traditional markets are shrinking and we need to focus on Global markets where demand is strong and growing, especially in Asia, we could help meet Asia`s demand with this cleanest burning hydrocarbon provided we establish a liquefied natural gas industry on the West Coast that can compete with the global LNG market, the potential rewards are significant, employment in BC`s natural gas sector could grow from the 12,000 jobs today to about 40,000 by 2035, increased natural gas investment could contribute $116 billion to real GDP growth in B.C. between now and 2035, and Government revenue in the way of royalties and taxes are also significant, this is a tremendous opportunity for British Columbia and our industry, to realize it, industry, Government, First Nations and other stakeholders must work together with a sense of urgency to ensure we get this right, the opportunity is now, we should make the most of it"

Here it comes folks, cknw is so stupid, they don`t even realize what they aired on their station...CKNW thought it was useful, it wasn`t, it was a shot across the bow from CAPP directed at the BC Liberal Government..

First off, CAPP wants the LNG industry, meaning the plant propossls to NOT have to go through an environmental review, Mary Polak and the BC Liberals have NOT officially rescinded that hideous order in council that made LNG facilities exempt from environmental assesments..

That is code for what Jack Mintz wrote, ..Mintz(who is the on the board of directors for Imperial oil)wrote that the province of B.C. has no legal authority to tax LNG twice, meaning the only tax regime that is acceptable to the LNG industry is the B.C. royalty scheme where the resource is taxed at the wellhead and the wellhead only..meaning it doesn`t matter WHAT any LNG plant sells the resource FOR in Asia or Japan, those export revenues are off limits according to CAPP and Jack Mintz..


Here is the complete story on the Jack Mintz thoughts on LNG taxation..


So....Here`s the deals....LNG operators want to be exempted from environmental reviews and assessments.....LNG plant owners refuse to be taxed on sales, on export sales, Jack Mintz and the LNG industry believe it is illegal to tax the resource(in this case natural gas) a second time...

Job numbers, straight from the horse`s mouth, the president of CAPP Dave Collier..

I recommend you listen to the audio vault..

Hmmm...Christy Clark and Rich Coleman have some serious explain to do....

Who to believe on LNG job projections..an industry expert or Rich Coleman and Christy Clark?

I wonder if any of our big BC Media will even bother asking question..

We know Vaughn Palmer and Bill Good wont...And as for Keith Baldrey..He is neither a journalist or media, he`s a belligerent corrupt stooge with a bad hairpiece!

What was it that Christy Clark said during our 2013 election and beyond, and I quote..

So if I may, let me re-print what I think are the the main points:

>>>>
"Here it comes folks, cknw is so stupid, they don`t even realize what they aired on their station...CKNW thought it was useful, it wasn`t, it was a shot across the bow from CAPP..

First off, CAPP wants the LNG industry, meaning the plant propossls to NOT have to go through an environmental review, Mary Polak and the BC Liberals have NOT officially rescinded that hideous order in council that ,made LNG facilities exempt from environmental assesments..

That is code for what Jack Mintz wrote, ..Mintz(who is the on the board of directors for Imperial oil)wrote that the province of B.C. has no legal authority to tax LNG twice, meaning the only tax regime that is acceptable to the LNG industry is the B.C. royalty scheme where the resource os taxed at the wellhead and the wellhead only..meaning it doesn`t matter WHAT any LNG plant sells the resource FOR in Asia or Japan those export revenues are off limits."

Oh, how right you are. Big Oil is angling for a process free of environmental considerations and they have paid to have the bc liberals clear that way for them.

As well, I completely concur that the big oil/gas boys are only going to go ahead if the gas is taxed at the extraction stage, and very minimally at that. The idea that we the people are going to see any of their profit margin is laughable. So you can expect gassy coleman to try giving them eveything they want in this regard. My suggestion is that we extract, refine, and use it to lower the energy costs for our own economic activity.

Now the only thing that i would beg to differ on is that claim that cknw didn't know what it was airing.

Although we generally find 'nw whipping out a cloth to willingly shine the government's apples, being as they are the administrative arm of the ruling class that calls the shots for both of these two groups of souled-out bandits; in this instance, 'nw is revealing who really calls the shots, namely big oil/money, by letting the real bosses have their say even at the the expense of the government, because it is merely representing the public interest in this particular process, and that's nothing either party cares much about behind closed doors.

Put another way, Big Oil and the One Bank own both the bc liberals and 'nw; and when business gets serious, 'nw knows which side to take, and it isn't that of the public or the government pretending to act on our behalf, it's big oil and big money. No doubt the bc liberals will be well aware of the real agenda and will tacitly deal with being played by 'nw. None of them will take it personally because the money will be flowing for those who play along.

By the way, there's a lady chief up the coast who's showing some really courage in opposition to that little polakian legislative legerdemain letting the sweet gas projects slide by without an environmental review. If only we had a few more like her, then maybe we would stand a chance against these friggin' greed mongers and their "G"reat work.

If BC has lots of natural gas, surely we can make good use of it right here in BC.

Or we can just give it away for nothing.

I really haven't heard the Campbell/Clark BC Liberals ever, being honest about anything they have said.

Recalling Gordon Campbell who, thieved and sold everything out of BC, he laid his dirty hands on? Well nothing has changed. Christy Clark can match Campbell, lie for lie.

Besides which, the Campbell/Clark BC Liberals, work for Harper. All of them are accused of, cheating to win.

Christy's job action plan, is identical to Harper's, she doesn't have one either. What resource jobs there are, aren't for the citizens of BC.

We all know there is a glut of NG. We all know, Christy lied her face off, promising jobs that don't exist and never will.

"Self-serving institutions reward con-artists in leadership roles because only con-artists can mask the internal rot with happy-story PR and get away with it."