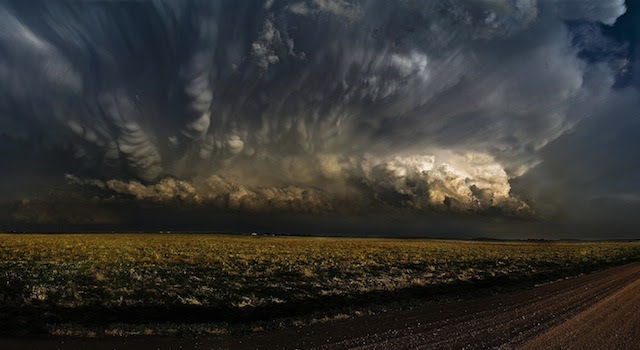 The New, Global Battle For Democracies

The convergence and integration of political forces formerly called “The Left” and “The Right” has been assisted by huge private corporate interests.  We can, now, abandon the terms “Left” and “Right” as obsolete.  We are in a new world.


The fight, now, is between the demand for genuine Democratic representation in the use of wealth and power against its opposite - disguised government by “the One Per Cent”, by giant global corporations, by cliques of concentrated wealth and influence – call those forces what you wish – using people, raw materials, science, the environment, military forces (and governments) in order to concentrate wealth in fewer and fewer hands and to assure the security of a global imperial power with unlimited ambitions.

British Columbia’s erasure (except in name) of its ‘Social Democratic’, ‘Left’ political party is simply a local, visible manifestation of the larger condition.  That began with the fall of the Soviet Union and the break-up of its “empire” (1989).


The Way It Was

For seventy years (until 1989) the presence of a major world power sympathetic to  “communism”, “socialism” – made possible (elsewhere in the world) forms of government that would limit, highly regulate, or even erase private corporate activity.  The Soviet Union not only had announced a new way … but it supported anti-capitalist, anti-NATO, anti-U.S. political formulations all over the world.

Across the world, private corporate forces and the governments that backed them (even in the U.S.A.) had to permit “democratic” (“socialistic”?) forms to exist and even flourish: powerful trade unions; genuinely capitalist-limiting governments; progressive taxation; health-care for all; old age security for all; public education for all; also, in many countries, public broadcasting … and what in Canada are called “Crown Corporations” – enterprises owned by the State and operated to serve the best interests of the whole population – with the profit-motive a secondary concern.
The disappearance of the Soviet Union released the enormous energies of giant private enterprise operations in close harmony with the government of the U.S.A., together seeking to dominate globally and to erase the force of democratic will in communities.

One of the structures that stood in their way had made possible, in many countries, a genuine power of what we now may call “democratic” forces (forces wanting wealth generation publicly examinable and wealth responsibly shared throughout communities).  So-called “free enterprise, private corporate forces”, on the other hand, wanted liberty to exploit all avenues of possible wealth generation without public examination or responsibility.


And so organizations and Parties in opposition to private enterprise/U.S domination were attacked as “Left” (the terrible children of Wicked and Oppressive Communism in Soviet Russia).  They were advertised as repressive of free choice, inefficient, bureaucratic, destructive of innovation, ignorant of the workings of the economy, unable, even, to balance a national budget….
In Canada something was clearly amiss with the arrival to the prime ministership of Brian Mulroney (1984-1993).   With him Canada announced its love-affair with the Far Right [with, in other words, the anti-democratic, corporate forces working for political dominance]… represented then by the Thatcher and Reagan governments.  Mulroney pushed through the first ‘Free Trade Agreement’ with the U.S.A. He slipped out of the Airbus Bribery Scandal by the skin of his teeth and is still seriously believed by many to have been known as “lyin Brian” for the best of reasons.


But what was also amiss – much less noticed – concerns the integration of ‘Left’ and ‘Right’ in political Canada.  Instead of going back into the trenches with the NDP troops and fighting to build a powerful national Party, iconic New Democrats Stephen Lewis and Ed Broadbent both accepted plush appointments from Brian Mulroney – who should have been both personally and politically objectionable to them.  He clearly knew what he was doing.  Embrace them. Keep them busy. Watch a core democratic opposition shrivel … watch – one might say - the Left becoming the Right. (In B.C., labour leader Jack Munro helped Socred premier Bill Bennett disable the union movement; and Ujjal Dosanjh moved toward the Liberal Party while occupying the office of NDP premier in B.C.)
How much ‘the Democratic forces’ took seriously the attacks upon them we can’t say.  We can say they no longer had behind them a powerful, major “Socialist State”, however despotic, at work in the world.  Integrating the Left into the Right, British Labour prime minister Tony Blair (1997-2007) joined George W. Bush in the infamous, falsely motivated, and brutal invasion of Iraq.  Was Blair driven by greed, lust for power, desire for fame … or did he in some twisted and malevolent way believe what he claimed - that the records of an ancient civilization had to be destroyed and millions murdered … in order to remove the kind of despotic leader that Blair’s government supported in other parts of the world?


Across the Western World leaders of Tony Blair’s stripe offer themselves as icons of democratic values while supporting the huge movement by U.S. power and gigantic private corporations to corner the wealth of the world - through “Free Trade”, warfare, the impoverishment of (especially indigenous) populations, NATO, trade sanctions, oppressive banking and investment structures, relentless propaganda and ‘disinformation’ - and almost secret economic treaties.

But all is not lost.


More and more of the world’s people are seeing the true face of present barbarity and injustice.  A significant number of Canadians finally saw the neo-liberal, neo-fascist character of the Conservative (“democratic”) government led by Stephen Harper. More and more people – across the West – are seeing the anti-democratic, oppressive face of major structures in the European Union; the imperial expansionist role of NATO (and the U.S.A.); the increasing irresponsibility of large corporate employers; the oppressive intention of most major contemporary “trade” agreements; and the false face of many so-called democratic governments.


An organized “Ninety-Nine Per Cent”, waking up, getting serious, can fairly easily retake the democratic powers usurped by “The One Per Cent”. But that means creating new organizations,  new Parties/new policies that cannot be co-opted by present so-called ‘democratic’ in-groups holding power and the co-operating ‘democratic’ parties in ‘Opposition’ to them – serving, essentially, the same masters. Let the action begin….

(WAC) Bennett's governments undertook a series of nationalizations to create provincial Crown corporations, including BC Ferries (1960) and BC Hydro (1961). BC Rail, formerly the Pacific Great Eastern Railway, owned by the province since 1918, underwent a series of major expansions.[13] His Minister of Highways, Phil Gaglardi, oversaw major highway expansions and improvements. Major hydro-electric dam-building projects were undertaken on the Columbia and Peace Rivers. Bennett was instrumental in establishing the Bank of British Columbia with the government taking a 25% ownership.[12]

Bennett advocated in 1955 for a universal medical, dental, hospital, and pharmaceutical insurance coverage. [14] Universal, publicly funded medical and hospital insurance was introduced as part of the federal government's creation of what became known as Medicare. The provincial government introduced a retail sales tax to fund the program.

Post-secondary education institutions were created and expanded in the 1960s, including with the addition of BC's second and third degree-granting universities: the University of Victoria in 1963 and Simon Fraser University in 1965. (The first was the University of British Columbia.)