The Curious Case of the Amazing Elon Musk 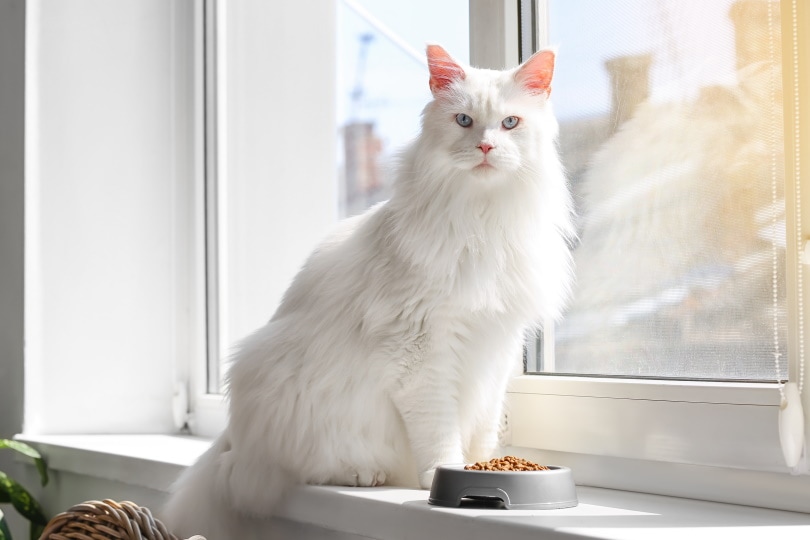 Wasn't so sure I should use the word "Amazing" in the title of this article, but, after careful consideration decided to keep it in, after all, the word amazing doesn't only apply to successes, as Elon Musk so clearly demonstrates, it equally applies to failures.

$44 Billion Elon paid for Twitter, ....Yet Trump created a Twitter copy for a tiny fraction of that, $millions not billions to create Truth Social.

Trump acolyte Jason Miller(CEO of Gettr) created Twitter copy Gettr.....And Ye(Kanye West) I think bought Parler, or is buying Parler, although no price has been disclosed..

Nashville-based Parler, which has raised about $56 million to date, said it expects the deal to close during the fourth quarter of 2022. It did not give a deal value.

Suffice to say...Ye ain't spending anywhere near even a $billion for Parler..

The point i'm making..Elon Musk, could have created another Twitter knock-off, a real good knock off for a few $billion dollars...But he didn't..Why..

Elon Musk, if he hadn't been in such a rush to own Twitter before the 2022 midterms he could have acquired Twitter for half that amount, but no, he publicly blurted out a platinum Cadillac price of $44 Billion... That's one hell of a price to owns the Libs and Democrats on Twitter..

First Elon Musk blathered(Tweeted he was now a Republican)..Then he told his 100 plus million followers to vote Republican and Elon was still not done...He just brought back Donald Trump to Twitter, Elon is also reinstating many high-profile rightwing accounts known for hyperbolic bullshit, lies and misinformation..

This part of my article looks at Elon Musk's "Amazing" feats that go both ways....

Elon put Trump in sort of a no-win-situation....Truth Social is already a boring echo chamber, who's stock price has crashed from over $100 dollars to $21 dollars...

If Trump leaps back to Twitter...Truth Social dies, if Elon allows all the misinformation spewers back on, along with Trump...Truth Social...Gab..Parler...Gettr all die...Well, not much growth for sure...So, in that aspect it's a shrewd business move, and I love the fact Trump was given the choice, burn Truth Social and it's investors by migrating back to Twitter or stay put at Truth Social with a way smaller audience......Delcious.

Now, Back to Elon Musk paying $44 billion to own the Libs and Democrats...Well

Republicans lost near every big election, lost Governorships, every state attorney race, lost the Senate, election deniers kicked to the curb...and as a bonus..Tesla stock has lost a fortune in a very short time..

Now, I don't own a Tesla, or an electric vehicle, however, I am thinking about buying one...And Tesla will not be included in my choices....Politics matter and CEOs should keep the fuck out of it, stay in their own lanes...Pretty sure Elon Musk was anticipating favorable tax treatment if there had been a redwave..

Elon Musk is Amazing, $44 billion to own the Libs and promote Trump....At the exact same time Big Mega donor Republicans, and Big Dark Conservative money has given the order to dump Trump..

Not only that..Have you heard the latest?

Not only Mega Donors are dumping Trump...But now Evangelical leaders are dumping Trump, not because they are against Trump's lies, bullshit, hatred, no, the Evangelicals love da Trump, however, they too know Trump can't deliver another win...Trump lost 2018...2020 and 2022 midterms the GOP went backwards..They have tired of losing..They're moving on from trump

Big money gone...Evangelicals gone, Trump is left with nothing but the MAGA redneck hillbilly base, without the money, and without the White Nationalist vote....Trump is done...Evangelicals are moving on to Ron Desantis....Younger, smarter, just as devious, he's the man to push the Evangelical agenda forward.

Influential evangelical Christians have turned against Trump after his 2024 announcement, report says

“Donald Trump can’t save America,” Mike Evans told The Washington Post. “He can’t even save himself.”

Evans was part of a group of evangelicals who met with Trump at the White House, and at one point gave him an award.

“He used us to win the White House. We had to close our mouths and eyes when he said things that horrified us,” Evans told the newspaper. “I cannot do that anymore.”

https://sports.yahoo.com/influential-evangelical-christians-turned-against-112048047.html
________________
Fads come, and go...The Hula Hoop was big...Beanie Babies were big too, for a while, all the rage..hundreds of different Beanie Babies, Princess Di Beanie and countless others were all the rave on late night infomercials...These Beanie Baby packages cost $thousands, $tens of thousands, now, not so much, now a mere niche market..
Elon the Amazing Musk spent $44 billion to own the Libs, $44 billion to bring Trump back to Twitter, $44 billion to shine Donald Trump's fading star....All the while Telsa has lost $hundreds of $Billions in value and countless potential Tesla buyers will look to other E vehicle manufacturers..
Lastly...Elon Musk will never recoup the money he squandered on Twitter, and that's alright, he'll never be broke and he'll always live in the lap of luxury.
Incredible really....Elon Musk paid $44 billion, drove down Tesla value by hundreds of billions more, all because Elon wanted to be a Fascist Kingmaker and Trump fluffer.
Mr. Musk read the room wrong as he hitched his star to, or at least took in tow Donald J Trump's fading star, who in recent days has been cast aside by establishment republicans, mega donors and now add the ChristoFascist wing of the GOP....What timing for.... 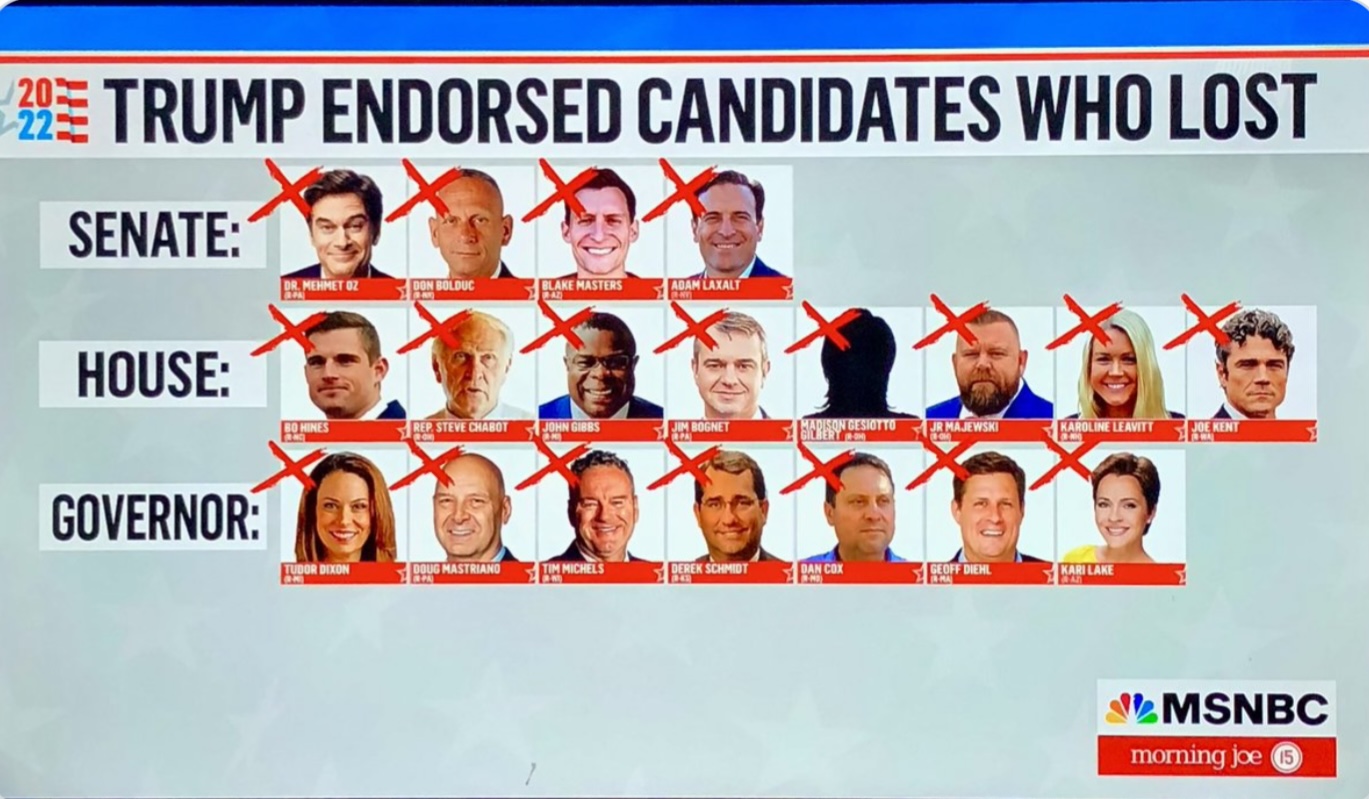 Men and their money, cray cray

All kinds of other hegemonic things. said...

Now that Twitter isn’t influenced by the collective whims of the market and, by extension, the White House, Musk can do what he wants with it.

He unban Trump and reverse all policies that effectively censored half of America.

And while free speech is the most newsworthy part of Musk’s plan, it’s just the tip of the iceberg of what Musk is up to.

As Musk explicitly suggested way before the takeover, he wants to turn Twitter into an “everything app”— an American equivalent of Tencent-controlled WeChat, otherwise known as China’s super app.

In his first address to Twitter employees back in June, he said:

“I think that there’s a real opportunity to create that. You basically live on WeChat in China because it’s so useful and so helpful to your daily life. And I think if we could achieve that, or even close to that with Twitter, it would be an immense success.”

So what does WeChat do exactly?

It’s an app that has consolidated all digital services in China under one app.

You can use it to chat, send money, and pay for anything from a metro ticket to fresh produce at a street market. In addition, its built-in apps can hail you a ride, book a doctor’s appointment, and do all kinds of other things.

Love of iberty Is What We're Here For said...

You can’t have a free speech town hall platform if your very existence depends on the ad revenue from corporations who can control it.

While Musk can’t and doesn’t want to entirely phase out Big Corps from advertising, he can remove their power if their ad spend represents less of the revenue pie for the company.

As such, Musk also plans to generate at least $15 million in revenue from a payment business by the end of 2023. That means Twitter will soon introduce a payment functionality.

This restructuring, according to Musk, will quadruple Twitter’s revenue by 2028 and grow the average revenue per user by 25%.

When Elon Musk worked through this deal, he framed it as a fight for democracy and free speech. “I didn’t do it to make money,” he said of the pending acquisition. “I did it to try to help humanity, whom I love.”

They were Trump fluffers all through his presidency .....They have gone way past hinting for Trump to get the fuck outta here..

Ah, the end is nigh

Supreme Court denies Trump.....Tax returns Will be handed over to Democratic congress.

The end is nigh

Musk; he really is the evil genius.
I would not write him off as yet.
Trump is not a genius as much as he says so but he is evil as in deranged.
Trump however is a master of the time honoured USA tradition of avoiding paying taxes.; well for the big guys!
For Trump to suffer as in jail time is unlikely as there are too many bullshitting US moguls participating in the same pastime.
Sadly they , the USA, cannot take the corrupt system to task.

Just pointing out Elon's major goofs..How his political tweets will affect Tesla sales, how he broke the cardinal rule of telling people how to vote in a divided nation...

How Elon embrace of Trump is about 3 years to late..

Sure, Elon sees, like I do that Trump is still a major draw..Not for his words, Trump vocabulary is weak, not for his fleet of foot dazzling moves, certainly not for any intellectual and or inspirational talk....Trump is a draw for being unique.

Trump, the first in history electorally defeated US President to stand before his faithful followers and lie, disparage the US Nation, verbally assault the current commander in chief with and others with pure made up shit...Like watching a car wreck...Literally hundreds of millions of Americans look upon Trump as a rude callous mentally deranged manbaby..

However, like a bearded lady display at a small-town carnival....Even freak shows lose appeal after time

Your comments get auto-deleted..Why? Because you are a effing moron and spazzed out fool.

You must be really desperate, begging and begging, pleading and whining to get your comments published on my site...."If wishes were horses beggars could ride" You'll never ride a horse!

It's a good thing you aren't standing in front of me now...Because faster than you can blink you'd be laid out flat on your back, out like a light...You want to post crap, man up cowboy, create your own cesspool and spew what you want.

Have a good day fykwad

Hey GG, who are you talking about, seems it upset you, just curious.

It's people(losers) like him that pollute posts, comment threads with nothing but flung monkey shit..Pretty sure he's worn out his welcome everywhere.

Dude does nothing but spew mindless dumbfuck comments, and his spew is never about my articles, ....I don't give a flying fyck about Soros or the non-existent Biden hard drive.

This clown has either gone too far down the rabbithole, mentally defective or he's just an angry Trump loving maggot......anyway

"Never argue with a moron"

Here's a sample of what this troll promotes as real....Baby blood drinking Democrats.....He posts an endless pile of steaming shit...Lara Logan is one of his favs.


Read the article...anyone who regards Lara Logan as legit, when even far-right media has dumped the loon..

The Rise of the Nazis.....And I thank Ye for only one thing.
He set Trump up for this...Imagine, after the Fuentes backlash...Trump defended n praised Ye.
Today...Ye went full-on Nazi.....Forcing Trump to own it, or denounce it.

`Trump will never shoo away a big part of his fan/voting base...

Elon is a hack....Elon's partisan feathers are showing..

Imagine, Elon Musk spending $44 billion to get outed as a nazi by your besties..Funny.

Then his pal Ye outed him as a nazi...Then Elon decided to try and fuck with Georgia run-off..(Walker wins easy, Sources never wrong)

And this is good....Elon has a Russian asset make a hash out of a nothingburger..

You are effing spot on Grant, predicted j6 riots,sniffed out Musty Musks motives, your election forecasts 100%.

you be crystal ball man