THE BRAINWASH MACHINE: WE’RE ALL IN IT. 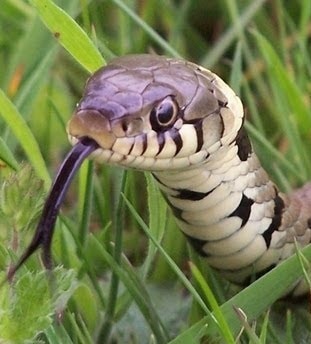 People like Anna Maria Tremonti of CBC(IA) and Margaret Wente of ‘Canada’s National Newspaper’ (The Globe and Mail) are put in place - more and more people are coming to believe - to write and speak vivaciously, pointedly, colourfully about anything but the most serious issues facing Canada.  Experts on “Me Too”, the sexual equality battle, and what Ms. Wente calls “the victimhood culture”, the two follow the pack in the game of misleading Canadians.  “With spirit” … you might say… with colour … with imagination, they fill the information space (I say) with padding, “filler”, disinformation, ‘gingerbread’, dreck….

Their role … horrible as it may seem … is – (how to put it?) – to inform with ‘disinformation’ (which is distinct from “lies”, though in the same family).

And why shouldn’t they?  They are part of two of the biggest, richest, fully operative “information displacement” institutions in the nation, operating – some of us think – by special mandate from what might be called the inner authorities of “Imperial Globalization”.

Like all the others (too depressing to name) they fill the information spaces with gigantically irrelevant, heart-tugging, personalist … ‘Deep State Approved’ mush.  Their (has to be) idol … Justin Trudeau just demanded an international investigation of Israel government brutality undertaken in recent days … and then had Canada vote against just such an international investigation at the U.N.  That can only be called disinformation in action.

Anna Maria Tremonti, on Thursday, May 23, interviewed the new RCMP Commissioner, Brenda Lucki, first woman to be appointed permanent Commissioner of the RCMP.  The interview couldn’t have been more irrelevant if it had been conducted by Michael Enright on CBC’s Sunday Morning.

Some of the matters Ms. Tremonti didn’t touch upon … follow.

Brenda Lucki’s predecessor Bob Paulson retired early.  Why? Where is he now? He was Commissioner when the RCMP gathered the “evidence” to have 31 (thirty one!!) fake criminal charges laid against Senator Mike Duffy (2015-2016, on behalf, one supposes, of violations of Human Rights intended by Stephen Harper). ALL charges were thrown out! Lucki’s predecessor was also Commissioner when about 250 RCMP employees expended millions of tax dollars on a wholly fake Islamic Terrorist Event at B.C. legislature grounds on July 1, 2013, entrapping (B.C. Supreme Court Justice Catherine Bruce ruled) innocent Canadians and subjecting them to trial, judgement, incarceration, and worse…. [That case is now at interminable appeal].

That questionable kind of activity of the RCMP is a growing tradition about which Ms. Tremonti should have asked questions, putting them politely and directly and firmly to the new RCMP Commissioner, Brenda Lucki.

In a 136-day trial of Glen Clark, BC NDP premier in 2002, the RCMP fashioned 28 volumes of “evidentiary material” upon which to base the career-destroying case which (at the end of trial) Justice Elizabeth Bennett declared did not contain a shred of material to find Glen Clark guilty of any of the charges against him.  That trial occurred only a few years after (at the historically key, now submerged-from-history, so-called “Gustafsen Lake Stand Off”, B.C., 1995). At that event an RCMP officer was found, on a training film, declaring that “we are specialists in smear and disinformation….” The B.C. native people involved called for a Public Inquiry of the “smear and destroy” tactics (involving even the Canadian army) used against them at Gustafsen Lake … shouting … shouting … and shouting into a deep, empty well….

We know RCMP Commissioner Giuliano Zaccardelli was forced out of the RCMP in 2006 for shady activities (and sent to a good job in Interpol).  We know his successor Wm. J.S. Elliott (in the tradition of wholly politically neutral appointees)  came directly from a Harper cabinet minister’s office – the first civilian named Commissioner.  We know that he was forced out of office by loud, internal complaints  … going to a more than $200,000.00 a year job and an $8000.00 a month apartment in New York, all paid for by the Canadian taxpayer.

We know … Commissioner Bob Paulson in 2017… very quietly … and with no apparent big pay-off … slunk off into the shadows without Ms. Tremonti even thinking of doing an interview with him.  So much easier to talk to Brenda Lucki about the terrible, heinous, awful, unforgiveable, distressing, unkind, ungentlemanly behaviour of male RCMP officers towards their female associates than to talk about the possibility the RCMP is now a confirmed criminal organization employing, as Ralph Goodale, minister of public safety and emergency preparedness, has written  the “major crime technique” … whenever it is of use to government in power or to the forces of The Deep State.

The failure of Canadian information sources (the Mainstream Press and Media) to discuss publicly the increasingly serious possibility that the RCMP (from the top down) engages in criminal activity to support political policy reveals a terrible, destructive, betrayal of the most fundamental values of democratic society.

Canadian journalists like Anna Maria Tremonti and Margaret Wente, I would say, are not simply failing Canadians and Canadian democracy, they are associates in a deeply corrupt and malign operation to misinform, to mislead, and wholly to takeover the minds of Canadians in the service of falsehood and misrule. That is how I would describe their role and operation.  (Tell me I am wrong.) Oh Canada….

Canadian media are as guilty as sin....corporate slaves, lemmings, marchers marching to corporate tunes.....journalism....a profession hijacked......these enablers will have to face their makers one day, and Hell is where they'll rot..

News is no longer news, rather it is political news releases tarted up as news.

One must only look to the USA to see how news organizations have become nothing more than propaganda mills.