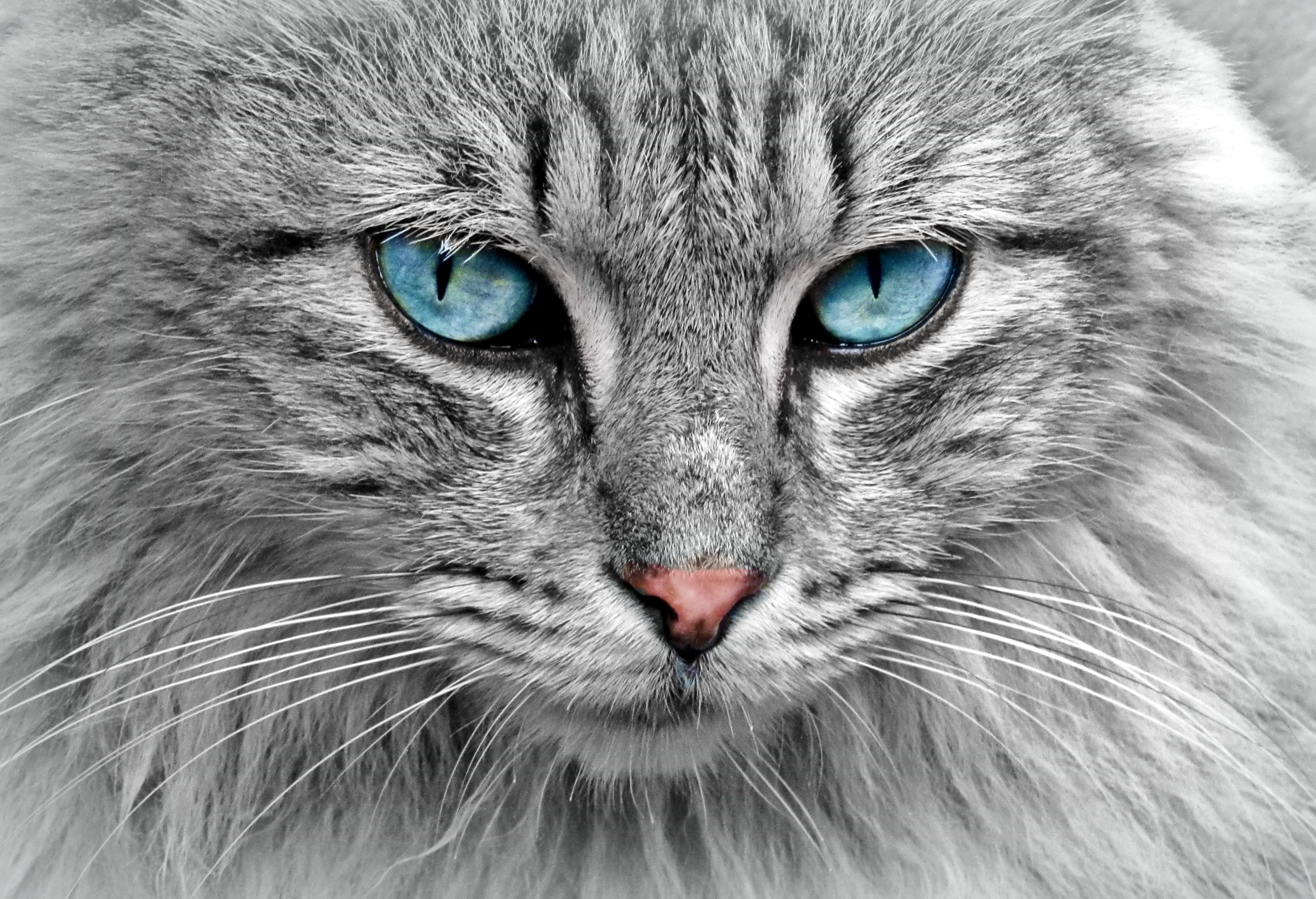 Vast numbers of people (many more than we think, probably) are aware of a major, constant process by ‘Established power’, by the Mainstream Press and Media, by ‘Imperial Globalization’, by the Deep State, [there are more names} to blanket the population in misinformation, ‘disinformation’, misleading reporting, half-finished news and misanalysis of events …  to use, in effect, a continuing blanket of propaganda to assure we do not know the truth about the world around us and to make us feel we are the enemies of perfectly self-respecting countries attempting to live peaceful lives ….

Being aware is one thing.  Seeing through the propaganda is another … and there are not many who can (consistently) do it – which is what all the named forces above intend.  None of us gets … and stays … free.  That’s why the title of this column.  We all know we are being brainwashed.  But until we replace the present power structure/power system we will not be able to prevent what is being done to us … constantly, daily, intentionally, internationally.

Occasionally (with us all) a light shines in and reveals an insight, a small revelation  (or a large one). That makes the propaganda process clearer and its magnitude more evident.

Take the on-going repetition of (false) terrorist events in Western countries.  They are alleged to be produced by government-connected forces (alleged, that is, by non-official, independent investigators constantly at work). The investigators (most know) are almost all authentic, serious, responsible, even scholarly people concerned about the health of the community.  They toil away gratis for the good of the community.  Continuous accusations are made that those well informed researchers and critics of sensationally staged (Islamic?) “terrorist” events are “Conspiracy Theorists” who besmirch and ridicule the noble and selfless work of our official “defenders”.  But more and more people are less and less sure that the so-called “Conspiracy Theorists” are wrong.

Since the Cenotaph-and-after “terrorist event” in Ottawa on October 22, 2014, for instance, a number of researchers (I think of Graeme MacQueen and Barrie Zwicker) have brought telling arguments of a “False Flag” event created by shadow Canadian State operatives to hoodwink the nation and the world.  (Once again, a single, semi-insane ‘terrorist’ was killed before any testimony could be gathered from him.) So far the argument for the Ottawa “terrorist event” as fraudulent can’t be proved absolutely.  But we have one crystal-clear example of a Canadian False Flag: the wholly fraudulent Islamic “terrorist” event at Victoria, B.C., July 1, 2013.

Think of how much secret organization and how much deciding to do criminal things had to go on in order to create the “terrorist event” in Victoria.….

Justice Catherine Bruce … judge of the Supreme Court of British Columbia (on the case) … was applied to for corrective action after sitting through the jury trial (that found the two converts to Islam guilty). Justice Bruce had observed much. She struck down the terrorist conviction against the two socially challenged converts to Islam … and unveiled the judgement that the RCMP (and by implication the federal Conservative government) was planner, initiator, and controller of the whole elaborate sham – using more than 200 RCMP and millions of dollars of unsuspecting taxpayers’ dollars.  Since the replacement of the Conservative government by a Liberal one, cover-up of the event continues, the Liberal cabinet refuses to discuss a Public Inquiry of the RCMP… and an Appeal against the Justice Bruce decision is to take place in the B.C. Appeals Court on January 18, 2018.

No one was killed or maimed in that ‘operation’ but innocent Canadians were jailed, charged, misused … and if the Crown wins the Appeal against the judgement by Justice Bruce, the two accused – declared innocent by Madam Justice Bruce - can go back to jail and serve life sentences!

Historically… the public-spirited investigators constantly at work (for no pay) started investigation of what might be called False Flag activity at a time when the hand of the evil U.S. government and/or Deep State could (almost) be plainly seen.  The assassination of John F. Kennedy on November 22, 1963; the Gulf of Tonkin faked ship battle in August, 1964, (to provide reason to intensify the War in Viet Nam); the assassination of Martin Luther King on April 4, 1968 brought an intense focus on U.S. government (‘Deep State’) criminality in the U.S.A.

It was when the unconvincingly explained murder of leading personalities in the U.S.A. began to be evident that the False Flag investigative process appears to have gone into high gear. Since the 1963 assassination of John F. Kennedy up to and including the most recent multi-Western nation “terrorist” events (still carried out mostly by apparently demented and – usually - single-acting madmen who are almost always shot dead on the spot … making live testimony from them impossible to gain) the number of terrorist events has blossomed … and the propaganda flowing from them has been imprinted over and over and over on the minds of Western populations.

Surely if there is a powerful, designing force with tentacles into every Western country … through actual contact people … or by wickedly-created terrorist-electronic-contact networks – and is a force with considerable power and influence (and doubtless money)wouldn’t it make something else happen … as well?

Wouldn’t that force, that evil organization, that unwearying actor on the world stage be able to enlist a few other people than the nut-case truck-drivers and the single shoot-out madmen we have been asked to accept?  And … (I suppose what I write next is sort-of kindergarden stuff) ....

surely the evil organization could pick a few more telling targets than random gatherings of innocent citizens.  If the evil force wanted to make the point that it is the enemy of all those who are daily making war against Islamic peoples … wouldn’t it (at least now and then?) pick off a significant political operative, a known intelligence/military person, a major public figure involved in the damnation of Islam?  Surely – even if very rarely – wouldn’t it drive one of those trucks into a significant store of weaponry, or a meaningful chemical factory … or … even just a significant anti-Islamic institution?

Now that I’ve said it … mustn’t it strike every thoughtful ordinary person in the Western World as very, very strange that the cruel, wicked, barbaric, brutal Islamic fighters (working in the West) have never targetted a single, meaningful actor contributing to the War Against Islam?  If that were to happen, ordinary people in the West wouldn’t be thunderstruck. They would think – ‘yes yes, that makes sense: tit for tat’.  Maybe that’s one of the reasons it doesn’t happen. (That doesn’t mean any sane person would want any terrorist brutality.)

The failure of ISIS (or whatever organizations detest the war-making West) ever to undertake attacks on centrally responsible persons in the West leads one to believe that the attacks are not undertaken by Islamic sources at all … and are connected to Islam only through the propaganda channels of Western power and its Deep State.  The actual perpetrators of the brutalities visited upon innocent, ordinary people in Western countries might just be part of a force within those countries perpetrating acts of brutality against ordinary people to BRAINWASH whole populations in order to make them learn to despise those who are ACCUSED of the brutalities.

People in Western countries will protest.  “Surely no force in Western democracies”, they will say, “would be permitted to violate groups of the wholly innocent, killing and maiming many for propaganda purposes!” But pause again … and think…. Isn’t that precisely what the Western perpetrators of the brutalities against innocent people would depend upon – the essential decency of Western World citizens who wouldn’t believe the cause could possibly be found inside their own democratic countries?

Looking at the bloodstained sidewalks and the blood-splattered market stalls where innocents have been brutalized, concerned citizens do ask: WHY THEM?  They do not ordinarily ask: “Why not, instead, visible perpetrators of violence against Islam?” or “How come a person visibly responsible for the endless carnage in the Middle East is never picked off by a terrorist or a terrorist group?”

Is it possible we don’t ask those questions because we have been indoctrinated, manipulated, brainwashed, taught to believe those questions don’t even exist, or may not be asked, or that only madmen and madwomen would ask them? When we think through the meaning of the state of mind we are in … are we looking at what it is to be brainwashed …? And if we are … what do we do about it?

Can you please tell me where you got the information that the Appeal of the Nuttall Korody trial was moved from October 16, 2017 to January 18, 2018?

It is easier to fool a man than to convince a man that he has been fooled .
Thanks for the article , I am glad that someone is awake...

Greencrow....how are you, thanks for dropping by....

Any information pertaining to Robin Mathew's column....Contact him..

Been watching the documentaries on the Vietnam War. The thousand and thousands and thousands who died. For what? The politicians, generals, media not being truthful. Although there certainly some reporters who did speak the truth, that's how we know what we know. Nixon's outright lies. Governments today have not changed. The corruption grows and grows. What a sick world.

The War against Trump? http://tws.io/2CyEBFG

Thanks for the update and for the research that you accomplish. More importantly I am overjoyed that your blogging is continuing.