Stephen Harper, Like The Zebra, Striped For Life( A Preview of Stephen Harper`s Upcoming Political Thrashing) 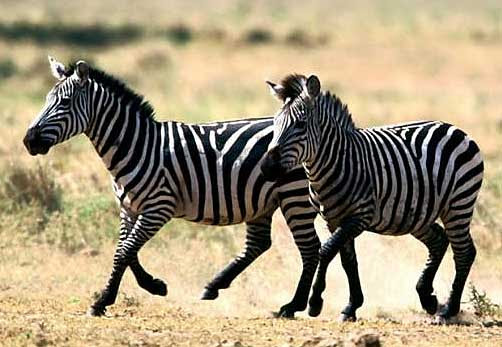 
Perplexed, not sure if Canada`s mainstream media believes the longest election campaign in Canadian history(11 weeks plus) is a historic chance to sell newspapers, sell advertising or even tell the journalistic truth, from what I have seen early on, you can forget about the media searching out truth..

To begin with the laughable premise mainstream media is flogging, that being this 11 week election campaign gives Stephen Harper`s team the edge, in both terms and the ability to silence third party advertisers warning of Harper`s past, present and probably future record...What a load of hooey..I didn`t read one single critique from any credible media outlet..

Stephen Harper`s record breaking longest election campaign in Canadian history, there has been no campaign longer for over a century, and if one thinks about a 12 week campaign one hundred years ago, horse and buggy, no TV, a little bit of radio, no jet aircraft, no internet, no connected society...Politicians traveled by train from town to town, it would takes a week plus to cross a nation spreading a message...No, an 11 week campaign today is equivalent to a 44 week campaign a century ago..

Big media has ignored the obvious, ...Why did Stephen Harper choose to opt for a too-long 11 week campaign?..Why, because Stephen Harper and his party are petrified with fear, fear not of ISIS members hiding behind shrubs at Conservative campaign stops, no, Stephen Harper is fearing political inevitability, the upcoming sound thrashing he is set to receive from an angry electorate...

What media failed to report on, as to the 11 week campaign...Stephen Harper since his majority win five years ago has spent $800 million dollars on partisan Conservative government ads, ads promoting his party...Harper has been prime minister for near ten years, ...Unabated taxpayer paid for advertising touting his party`s ideology, ..The power of the Government bully pulpit...Photo-ops with Harper wrapped in the Canadian flag, surrounded by military persons...Action plan ads, ads bragging about cheques to families with kids, last Friday alone, Stephen Harper`s team promised $1 billion dollars to ridings across Canada....

Harper, who has been prime minister for near ten years, all the ads, the government bully pulpit, freebie photo-ops wrapped in the Canadian flag, a leader who has access to double the money of any other political party, a Conservative Government who has attacked both Justin Trudeau and Thomas Mulcair relentlessly for the last two years....With all that Stephen Harper still thinks he needs 11 weeks to bombard Canadians with vicious attack ads and misleading rhetoric...That is not a leader with confidence, that`s a prime minister who knows his future, that being given the royal boot out the door..

Canada`s corporate media, the National Post, The Globe and Mail, Postmedia, the owners of the manure pastures, also known as The Vancouver Sun and The Province..

Not one of those outlets reported the truth, and or the reality...Canada is mired in recession, we are in a multi-$billion dollar deficit, we are technically in a war with ISIS, our military is in harm`s way everyday...The economy stalled, oil hovering at $45 dollars a barrel, set to fall to $40 dollars within a week...unemployment is rising, massive record-breaking trade deficits, with all that bad news Stephen Harper decides he needs to shut down the federal Government, not for a 5 week campaign but a record breaking 11 week campaign....Why didn`t one media outlet call Stephen Harper`s election gambit for what it is...Failure of leadership and an admittance of defeat, and showing of fear...Fear of the inevitable Conservative thrashing at the hands of....Not at the hands of other political parties but at the voting hands of a Canadian public that has had enough...A Canadian electorate who on masse are saying....

Go to hell Stephen Harper, you are a liar, a conman, a nasty vicious little control freak, you have insulted Canadians from coast to coast, you have attacked the supreme court, Democracy, social institutions, Canada post, unions, workers, you have muzzled scientific voices and attempted to end science altogether, you Stephen Harper are Canada`s one and only known book-burner...A practice of Fascist control freaks not seen since the time of Adolph Hitler....

There are so many examples of Harper`s decision making, not the least is the many criminals and felons Stephen Harper appointed to sensitive positions of public trust..

Big media applauds Stephen Harper`s 11 week election campaign as some stroke of brilliance when in fact Harper is oozing electoral fear...Inevitable, unstoppable fear, for the writing is on the wall..

Stephen Harper can`t remove his stripes....An example of Harper`s petty partisan undemocratic ways, and an example of Stephen Harper`s personal belief that he is going down in electoral flames are combined in one neat package, ..Harper knowing defeat is inevitable made sure to appoint more controversial partisan people into powerful positions, two appointments shrouded in controversy just days before Harper dissolved the federal Government...

"Prime Minister’s Stephen Harper’s latest appointment to the Supreme Court was a prolific blogger who regularly offered opinions on Senate reform, the federal government’s role in health care, elections law, the Omar Khadr case and other matters that could now come before him in his new role on the bench.
Russell Brown, appointed to the top court last week, was an active contributor to a blog shared by faculty members at the University of Alberta law school.
The posts and comments were made under the name “Russ Brown” between 2007 and 2008. Brown’s political orientation and libertarian perspective are clearly in evidence in many of them. Some of the posts have been deleted but can still be found in Internet caches.
In one 2008 post, he says he hopes Harper wins a majority government and that he hopes Harper does, in fact, hold a “hidden agenda,” as some critics speculated.
In another post regarding successors to outgoing Liberal leader Stéphane Dion, Brown disses potential contender Justin Trudeau.

“As someone who hopes the Grits just fade away by the next election, I’m cheering for Justin Trudeau or Joe Volpe. Or have I missed a possible candidate who is as unspeakably awful?”
Brown, now 49, wrote the posts when he was an assistant professor with the Faculty of Law. The Conservative government first named him to the Alberta bench in 2013 and last year elevated him to the Alberta Court of Appeal and the appeal courts for the Northwest Territories and Nunavut.
In less than three years, he has risen from a job teaching law to a seat on the highest court in the land.
Brown could not be reached for comment Friday.

There is nothing wrong with future judges holding personal views on politics and other matters of national importance. But it is unusual – and perhaps a symptom of the digital age – for an incoming Supreme Court judge to have left such a verbose record of opinion, which could cause some to question his neutrality on cases that come before him on the court.

Consider, for example, federal jurisdiction in health care, an issue that has arisen in past Supreme Court cases. In a blog post, Brown called the Canada Health Act “an inappropriate (federal) intrusion into sacrosanct provincial swimming pools.”

He added that the Supreme Court decision in the Chaoulli case — allowing for private health coverage when the government fails to deliver care in a timely manner — left him “delighted” by the court “striking at the heart of exclusive state-provided health care.”

Stephen Harper knows he and his party are doomed, thus he is making sure to alter the make-up of the supreme court of Canada before he gets turfed...And also, Stephen Harper just appointed ...

The Harper government chose the Friday afternoon of a long weekend, just before the Sunday launch of a federal election, to appoint a paid Kinder Morgan consultant to the National Energy Board (NEB) in a timed press release that critics say was an attempt to bury the news.


Conservative Minister of Natural Resources Greg Rickford issued a Friday 12:30pm EST news release announcing that Calgary-based petroleum executive Steven Kelly will become a full-time board member of the federal agency that helps cabinet decide if oil and gas pipelines go forward.
Mr. Kelly's consulting firm was hired by Kinder Morgan two years ago to prepare an economic analysis justifying the $5.4-billion Trans Mountain pipeline expansion. Mr. Kelly himself, in his capacity of vice president of IHS Global Canada, authored and submitted the 203-page Kinder Morgan report to the National Energy Board.
Mr. Kelly will soon sit in a position of power at the NEB —close to those who will rule on whether that very same Kinder Morgan oil pipeline is in Canada’s economic and environmental interest. A decision is expected in January 2016.

A teenager, a mom, or dad, the guy down the block, a bus driver, 99 out of 100 people could see that Harper`s NEB appointment for what it is...Another Stephen Harper slap in the face to Democracy and an especially hard slap in the face to those in BC who were already called eco-terrorists, radicals, environmental terrorists ....Joe Oliver and Stephen Harper called BCers those names and worse, and now on a Friday, on a long weekend, days before the Federal Government was dissolved by Stephen Harper .....Stephen Harper appoints an oil company partisan whore to the NEB, an energy oil company whore to decide the fate of oil pipelines desired by oil company owners..

And so is the inevitability of Stephen Harper`s defeat in this, Canada`s longest and most expensive election campaign..

All the money in the world can`t turn our naked emperor Stephen Harper into an newly attired king....

The people have awoken from their slumber..


(Anyone interested in a list of Stephen Harper crimes and abuses while in elected office needs to read the below linked Tyee article....Grant G)
__________

An omnibus of sins, topping 50. Tell us ones we've missed, we'll add to the PM's rap sheet.
By David Beers and Tyee Staff and Contributors

By: Christopher Reynolds Staff Reporter, Published on Mon Aug 03 2015
The New Democrats have surged to a double-digit lead in public support, gaining more distance over the other federal parties than they have at any time in the past two years, according to a new Forum Research poll.


About four in 10 Canadians surveyed (39 per cent) said they would cast their ballot for the NDP if an election were held today.


The Conservatives fell from neck-and-neck status with the NDP last week to 28 per cent of voter support Sunday, while the Liberals were steady at 25 per cent.

I just hope the pole holds up..I will do my part as I am sure you will..Keep up the good work Grant. and thanks for that..S...

Before we lose the right to vote, everyone MUST exercise it and rid the country of this traitor and his followers in October.