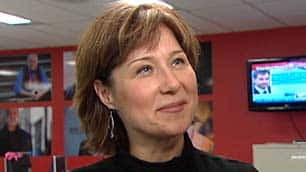 The changing face of time, nothing is static, mistakes of the past do not need to be repeated, with knowledge and new information politicians who decide to continue practices that destroy watersheds and pristine areas are not accidents, now we are talking about malfeasance and willful crimes against the Environment and mankind itself.

Yes, there are many in today`s society who use smoke, mirrors, dark lights and even surgery to alter the truth, but facts are facts, these recent spills in Alberta are not once in a lifetime events they are inevitable outcomes.

If you can`t be true to your own bedroom mirror Christy Clark there is no way you can be true to British Columbia..

"Environmental authorities have mapped out a three-year plan for the restoration of Bohai Bay, which was severely damaged by oil spills last year, China's ocean watchdog said Thursday.

According to a statement by the State Oceanic Administration, the Ministry of Agriculture aims to rebuild the area's fishery industry by 2015, including putting about 3.4 billion aquatic animals into the bay.

The agency also announced that money from a 1 billion yuan ($157 million) compensation fund has already been allocated to Hebei and Liaoning provinces to be used to help fishermen affected by the leaks from the Penglai 19-3 oilfield.
ConocoPhillips China, the operator of the oilfield, has also agreed with the government to set up another 1.1 billion yuan fund based on estimated damages.

The company, based in the United States, and its Chinese partner, China National Offshore Oil Corporation, will also jointly pay another 600 million yuan.
The money will go toward Bohai Bay's marine environment recovery, construction and protection, the statement said.

ConocoPhillips China confirmed the agreement and said the company places the highest priority on its commitment to the country, and it looks forward to continuing operations in China.

A State Oceanic Administration investigation report in November said the leaks polluted an area of about 6,200 square kilometers (nearly nine times the size of Singapore), including 870 square kilometers that were severely polluted.
The contamination killed large amounts of aquatic animals and led to a growing abnormality in the water, the report said.

Although progress is being made in dealing with the impact of the leaks, legal experts said restoration and compensation efforts should be more transparent.

Zhou Ke, a professor on environment law at Renmin University of China, said the incident had damaged the interests of not only the government, but also the people.
"More public voices should be heard before the compensation agreement is completed,"

These super-tankers proposed for British Columbia`s northern coast and Hecate Strait, the third most dangerous waterway in the world will be carrying a staggering ..


OIL SUPER TANKERS, EACH CARRYING TWO MILLION BARRELS OF OIL, will travel from Kitimat to Asia, RIGHT PAST ISLANDS THAT ARE HOME TO BRITISH COLUMBIA'S "PROTECTED" SPIRIT BEAR!


This photo of the two Spirit Bear cubs was taken less than a mile from the oil super tanker route!

What will it take Christy Clark, British Columbia needs a leader, not a photo-op queen, not a liar, an obfuscater, not a Stephen Harper lackey..

Look at the damage that a few thousand barrels did to Bohai Bay, the devastation of possibly 1..2 million barrels of bitumen, our coast would never recover, commercial fishery, gone, aquatic species, gone, coastal tourism, gone..

Let me be blunt Christy Clark, the election is over, the BC Liberal party is caput, perhaps it`s time for you to think about the future, about your legacy, for if you were to denounce Enbridge`s proposal and vow to stop it...

Perhaps you will be able to sleep at night..

Christy has to fence sit. She knows the BC citizens are supporting the F.N. to keep the atrocities of the Enbridge pipeline and the dirty tankers out of BC.

Christy has to wait and see, if Harper forces this on the people. Then she can say, she could do nothing about it.

We all know damned well Cjristy supports the Enbridge pipeline. She had Boessenkool working for her. He who lobbied for Enbridge, and worked for Harper, as does the Campbell/Clark BC Liberals all work for Harper.

What ever it takes, we will have to fight with the F.N. people, to stop this evil greed of Harper's. What right does he have to play God and destroy a way of life of the Aboriginal people? To destroy their food sources? The F.N. people have managed the beautiful coast and the lands of BC, for thousands of years. And, one of China's massive tanker spills, can wipe this all out, within hours.

I love all wild creatures. I am fascinated by the whales and all of the other marine life. The Great Bear Forests, have to be saved too.

What a terrible treachery, Harper will do to BC. He has already taken his spite out on BC and the people. Harper can fly right at it. We are not giving up, what is left of this province to him. He isn't worth it. Out wild creatures are worth far more to us, than he could ever be.

I question whether these people have consciences that can be appealed to, Grant. I think they sleep just fine at night. They are not whole, somehow.

The enbridge pipeline is said to result in higher oil prices in BC.

Do you think the same would happen to the price of natural gas in BC, if LNG starts getting exported from BC?

They are expecting subsidized power, they expect a rock bottom industrial rate..


As for higher LNG prices, the entire proposal is nothing but another corporate welfare scheme in the making..

We`re too late, there`s a massive glut and China has more Natural Gas than anyone