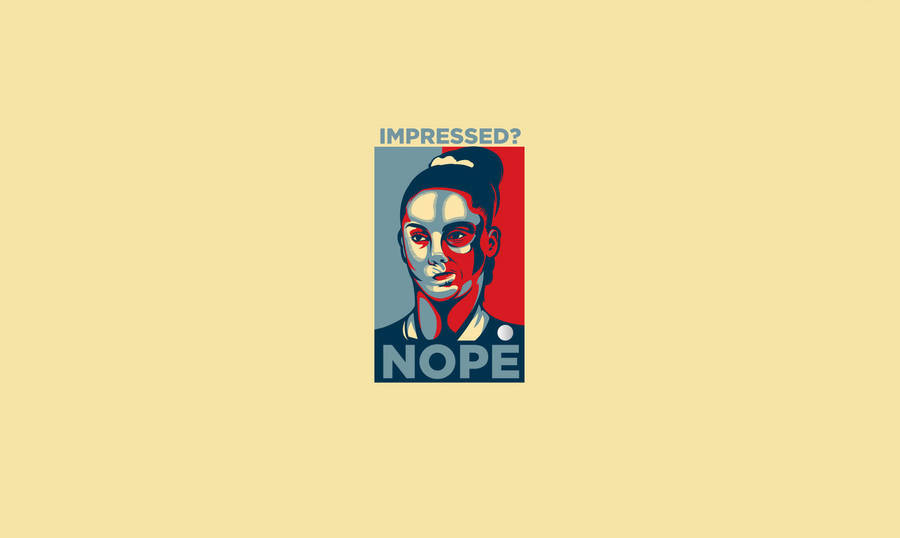 My oh my, the big headline, Petronas puts $1 billion dollars on the table for First Nation`s consent..

What a bold misleading headline...

JUSTINE HUNTER And BRENT JANG
VICTORIA and VANCOUVER — The Globe and Mail
Published Friday, May. 01 2015, 6:00 AM EDT

There are 3600 current members of this particular First Nation band....That works out to less than $4K per member per year, are we to believe Petronas will honour the terms of the deal in 25 years hence?...What am I talking about, $700 million dollars of that promise is not to flow to that First Nation until AFTER YEAR 25...!!!

Will Petronas honour any contract that far out?..It is a big question, considering Petronas is hurting financially right now, ..Not reported by our Canadian media, Petronas has asked contractors, suppliers and their own employees to take a 20% pay cut...


"Due to current market conditions, Petronas, as with all oiland gas players globally has initiated cost cutting measuresamong contractors and vendors," it said, adding that the memohad asked for a salary reduction of 20 percent for those concerned"

Petronas as of late is broke, Petronas has had to go to the bond market to raise working capital money...

Leslie Lopez and
Sara Webb Staff Reporters of The Wall Street Journal
Updated May 6, 2002 12:01 a.m. ET Seeking to capitalize on Malaysia's improving reputation among foreign investors, the country's state-owned oil corporation is proposing a jumbo bond offering. Analysts say the offering is likely to be warmly received by investors and could help cement Malaysia's rehabilitation in the international capital markets.
http://www.wsj.com/articles/SB1020436717767037240

The most pathetic part of Justine Hunter`s propaganda piece is the misleading facts...They keep using the number $11.4 billion dollar BC investment Petronas will be making in BC...Petronas has already stated that $9 billion of that investment is being outsourced to foreign countries, as in overseas...And, Petronas has announced in recent months that they have ground down all contractors for better pricing, meaning that the $11.4 billion dollar price tag is erroneous too...

Christy cluck cluck Clark has been strangely silent as of late on LNG....

LNG is a beggars fuel right now, prices are in long term decline, a massive glut exists today and the glut is growing...The Asian spot market price for LNG is $7 dollar per million BTU...Petronas can`t even get the gas to the BC coast for $7 dollars per....

South Korea has abandoned LNG as a future fuel, opting to go nuclear for a fraction of the price, ..Japan IS restarting their nuclear plants, Japan is proposing at least 25% of their energy be nuclear..

Japan's intended energy mix -- what proportion of power comes from which sources -- has been a subject of hot debate for months, not least because without it, Tokyo has been unable to make international commitments to reduce greenhouse gas emissions.
In its proposal, which will be debated by the government by the end of next month, the industry ministry said about 20-22 percent of the country's electricity should come from nuclear power by 2030.
Supply from renewables such as solar and wind power should also be doubled to 22-24 percent.

The industry ministry favours nuclear power as a way to cut emissions of carbon dioxide and other greenhouse gases, despite a groundswell of public opposition since the nuclear crisis in Fukushima.

Pro-nuclear premier Shinzo Abe and the country's business sector have since pushed to restart plants that once supplied more than one quarter of Japan's electricity, as a plunging yen has sent energy import bills through the roof.
Abe's government has pledged to lower the country's dependence on nuclear power and promote so-called "green energy", but insists it is unrealistic to rely too much on renewables because of cost and stability issues.

LNG is being phased out in Asia, not only Japan, south Korea, but China too....

Court in south-west Japan rejects a residents’ injunction against resuming operations at the Sendai power plant.

China is giving LNG short shrift, China is going all in for nuclear power, China is also embracing green energy power...LNG is a bad bet...China has 28 nuclear plants in operation, 20 nuclear plants under construction and they are just getting started...


"China’s declaration of a “war on pollution” sparked a drastic up-swing in Chinese investment in alternative energy sources, including solar, wind, and hydropower. But among all these clean energy options, nuclear energy in particular has caught Beijing’s eye — even as Chinese citizens themselves remain deeply uneasy about the safety of nuclear power in the post-Fukushima era.
China is in the midst of a serious push to expand its nuclear power industry. In Li Keqiang’s 2014 government work report, he mentioned nuclear power as among the alternative energy sources being actively pursued to lessen reliance on fossil fuels. Li’s passing reference to nuclear energy hardly did justice to the scope of the expansion. According to CCTV, there are currently 28 nuclear power plants under construction in China, compared to the 20 plants that are operational at the moment. Beijing plans to have China’s nuclear-generating capacity rise to 88 gigawatts by 2020, representing nearly a 80 percent increase from current capacity. By 2050, China hopes to have 400-500 giagwatts of nuclear capacity – 100 times more than it has now."

__________
China is not only building its own nuclear capacity they are exporting nuclear plants to their neighbors..

"China has decided to defy international norms and build new nuclear reactors in Pakistan.
While the U.S. and Europe see stagnant growth for commercial nuclear power, the same is not true in Asia. China is not only building nuclear reactors at home, but it is exporting its technology abroad"
http://oilprice.com/Alternative-Energy/Nuclear-Power/China-Builds-Nuclear-Reactors-in-Earthquake-Prone-Pakistan.html


The clock is ticking on Petronas, LNG is a failed commodity, illusion of power, so costly, so energy intensive to liquefy natural gas, then ship around the world, then rewarm the gas, then spew greenhouse gasses, to what end, ...Will China, will Asia buy gobs of LNG for decades, only to be left at square one once the last shipment of gas has been used, ..They ain`t that stupid..

South Korea has rejected LNG as a future fuel, vowing by 2022 to have reduced it`s LNG needs to 1/5th of their current use..

S. Korea is a very modern manufacturing country, a country in competition with other nations, including China...How long will it be before China also adopts S Korea`s position on electricity generation, ?

In the below article, look at the timeline announced, S. Korea is forecast by 2022 to be using a mere 1/5th of the LNG they currently use...Even if that number is slightly off, let`s say S. Korea`s use of LNG by 2022 only 30% of their current LNG...
That means Korea alone will create a massive gulch of excess LNG...

What about India and Pakistan, no big money for LNG there either....


After oil, a glut of natural gas may be next to flood energy markets

Big bold headlines, $1 billion dollars over 40 years as a game changer, the money promised is backloaded to after 25 years out...Meaning wait and see, ..Also, remember this, these LNG plants were initially chasing 25 year export licenses, the BC and federal government quietly made those export licenses run for 40 years...This too is a scam being perpetrated on First Nations, ...Backload the money promised to First Nations to a time period when LNG will no longer be exported from British Columbia, ..promise monies to a time when natural gas reserves are exhausted..

"The federal government is extending the lifespan of liquefied natural gas export licenses, the latest rollback in its quest to convince one of nearly 20 LNG proponents to put down roots in B.C.
The 2015 budget extends LNG export licenses from a maximum of 25 years to 40.
The government hopes extending the life of a licenses will "improve regulatory certainty" for companies considering LNG plants on B.C.'s west coast."

Petronas, if they were serious about offering monies to First Nations the $1 billion dollars should be an upfront payment, then First Nations could bank the money and use interest on the money to further First Nation`s economic future..

Shameful propaganda from Justine Hunter...How many still own BRIC shares..one in the hand is worth two in the bush..

Petronas will merely claim poverty, Petronas is not a honourable company, they are a foreign country not beholden to honouring any long term contracts...Petronas offer to First Nations, and only to one First Nation group amounts to $3000.00 dollars per First Nation member per year..

Is that really a "game-changer" Justine Hunter?...Less than $300.00 dollars per month...Wow, they won the lottery, enough money for a couple of trips on BC Ferries(providing they aren`t towing anything)..

LNG...NATURAL GAS...These are not environment friendly fuels, they are greenhouse gas generating pollution...

LNG will not be the future fuel, LNG is a scam...energy intensive, methane gas leaking,almost a net zero return on energy investment..

Justine Hunter`s LNG propaganda....That First Nation`s offer, worth $320K over 40 years per First Nation`s member, with $240K of the money backloaded to come in after the 25 year mark...A time frame that was not even available one month ago, for the export license changes were just announced in federal budget 2015..

Where Petronas is proposing to build their LNG plant will destroy the Skeena river salmon run, a run of fish worth over $100 million per year, that my friends is $4 billion over 40 years..

Petronas is desperate, a back-loaded contract is not worth anything...

If Petronas really believed that this BC project is a money-maker, pay First Nations upfront, not peanuts for 25 years with a promise of more after that...

Ask yourself why, why did the federal Government change the deal on export licenses from 25 years to 40 years...?

The answer is as plain as day...So the energy giants can promise unicorns and streets paved with gold so far out that everyone present when the deals are signed are long since dead, oh, and the gas has run out ....not in 40 years, 25 years..

Justine Hunter, your article is lame, you failed to mention so many variables, ....Try reading The Straight Goods...Perhaps you might learn a few things about honesty in journalism...I won`t hold my breath..

Bc media seems to ignore and not compare much to rest of world .does it ruin the narrative?

The BC Govt's plan to manage the horrific deficit situation is to have GDP growth, and selling off provincial assets.

That's why they are so desperate for LNG to happen, since they think it will mean GDP growth.

Even though exporting LNG from BC doesn't make sense economically or environmentally.

Petronas doesn't want to pay royalties or taxes to the govt, they want to use TFWs, but they say they have $1 billion for FNs.

Our politicians have it so wrong.

Hey if u can unlock Burke mountain and a little while later resell.why not pipeline acess rights?

Grant, Norm's story says a lot about our current regimes. Corps are only looking out for themselves.