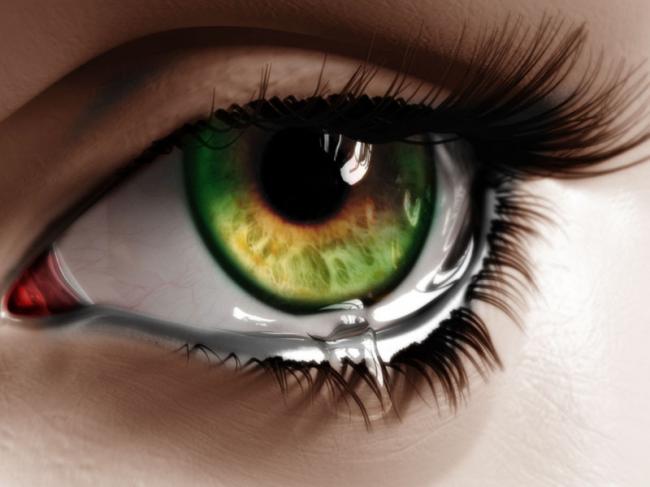 All through the house the only creature stirring was a drunken old louse, abusing the children and beating his spouse.

On dancer and prancer who strip on the stage, where liquor is quicker to incite his rage, come after work and spend your hard earned pay, drink is aplenty, slurp a few more, gulp down some shooters then one for the road, happy hour never turns sour so let off a load.

On Yap, On Coleman on Anton too, Christy Clark wants tax revenue from all of you, booze in the barn, golf courses ski hills and flea markets too, bring your children and babies into the bar, remember not to take it too far.

Red lights and sirens light up your mirror as you struggle to steer while hiding the beer, wine is just fine and at every store, pop a cork, click open a can, have a swig, swallow and watch out for the man.

Walking his grandchildren at the crosswalk, never for a moment thinking of clocks, when suddenly point .07 send his children to heaven, On Anton On Coleman On Christy Clark too, resource revenues reduced to so slim, replaced by liquor taxes filled to the brim.

Time and fury as dreaded clocks bury, pictures and memories of children so friendly.

Under the earth, beneath all the rocks, family`s lost souls and human scars, leaves loved ones looking to twinkling stars.

All this deathly insanity for the promotion of bars.

Merry Christmas everyone, take a taxi or drink eggnog...I don`t care what Rich Coleman says, what Christy Clark and Susan Anton say....One can`t drink to .05 ...Liquor doesn`t work that way, alcohol levels are either rising or falling, they don`t just reach that level .05 and stay there..

There will be many wives and children beaten by drunken men this holiday season, violent abusive drunks, other will be slaughtered by drunken drivers, ....Liquor is not some elixir derived by the gods, booze is a mind altering substance that producers and Governments make money from, and those who die be damned..

Lastly, there was an announcement by Susan Anton last Friday...BC Wines will, if small corner stores want to avail themselves of, come April 1st/2015.....All corner stores can sell BC wines, but only BC wines, not hard liquor or American wine, French wine, no beer, only BC Wine..

One might not know why this new change in liquor policy was implemented, and when, it was announced on a Friday, the week of the health worker`s firing phony review release, the week of the Site C dam build announcement...Take out the trash Friday..

The reason for this liquor change, allowing BC wine and only BC wine in corner stores everywhere...Is Because the BC Government quietly changed the taxation rate on BC wines, wine producers were furious, in fact a representative from BC`s wine producing interior was on CKNW two months ago complaining...I remember laughing at the segment...

The man said to Simi Sara that "BC`s finance ministry must have made a mistake, surely they wouldn`t have raised tax on BC wine from 51% to 67%"...The man said, surely the BC Liberals will fix this error before April 1st/2015...I had to laugh..

For me raising the tax on BC Wine while simultaneously increasing BC wine exposure is insulting, and with the very little amount of wine buying I do...Rest assured not $1 dollar will be spent on domestic.

These BC Liberals want booze everywhere, gambling everywhere and sin taxes everywhere, Christy Clark and the Liberals have failed with forestry, fishing, tourism and energy policies, have driven British Columbia to the brink of bankruptcy, the only thing these Harper Conservatives disguised as BC Liberals can do successfully is promote booze, gambling and regressive taxation.


P.S....If you do indulge and partake in spirits....Please don`t drive.

Merry Christmas to The Straight Goods, Robin Mathews, Mark Taliano and to you Grant G.

Not only a skilled blogger but a gifted writer too, my favorite emotional roller coaster, I come here for information and all too often your words take me from anger to tears to laughter, that`s real special.

Thank you very much for that comment, and for reminding me to send salutations to Mr. Mathews and Mr. Taliano ..

Yes, you were born to be a writer. I could sense the feeling you had with yet another story to tell and that you were already putting it together in your head as you were typing.

Reminds me of that saying that goes something like this...If you love your job you'll never have to work a day in your life. Not many people can say that!

Merry Christmas Grant and to everyone who visits/comments on your great blog. I learn a lot from everything you write.

Well, mark up another example of God-awful misrule for this bunch of vain-glorious bandits. What a singularly wretched bunch of political hacks. How much worse can they get? If they weren't ruining everything, they would be comical.

So far they have been very lucky in governing for themselves and their cronies. They're essentially getting by on borrowed money and direct investment into the property sector. But when those forces change and this province has to face a real headwind, the place is going to be in very dire straights and real leadership will be nowhere to be found.

I cannot tell you how glad i am that you're (t)here doing what you're doing.

Have a Merry Christmas!

Merry Christmas Grant, thanks for all you do.

Thank you all so much..

May your Christmas be precious..

Plus mom made a bunch of cabbage rolls...

Yes, much of this food will turn into gifts..

Nothing better than the gift of home made yummy food.

"
Plus mom made a bunch of cabbage rolls..."

Now you're making me hungry snd jealous.......but I wish you and your Mom the merriest of Christmas Holidays!

Slow baked, topped with bacon, and just enough sweet and spicy tomato sauce to make them melt in your mouth..

Looking forward to some more House!

I am amazed daily to see just how many adults (never mind the teenagers) seem absolutely oblivious to their surroundings. Seemingly intelligent people walking with their heads down flailing away on a keyboard built for ants either trying to find out “what’s happening” in the world or, to let the world know on some social networking platform what they ate for dinner, if they just showered, or posted their 2,375 picture of themselves in a compromising pose or situation.

They tweet, post, paste, share, spread, etc.,etc.,etc. But ask them a question about a relevant subject such as the economy, state of global affairs, or more that might impact their future? You’ll just get a blank soulless expression of bewilderment.

You know that look, it’s the same look you get when one of these clueless figures walks right into you in some store or mall. Do they say sorry? Or, excuse me? No: you just get the animatronic look that says ” Weren’t you watching where I was going?”

Sorry to say, that’s what you’ll hear people saying who put more into exercising their texting dexterity than their educating or informing themselves with useful information. Information which they need to know and understand so they can apply it to their personal well-being. Not their personal “page.”

Social media along with near instantaneous news feeds have given the allusion to a great many that they are “informed.” Nothing could be further from the truth. And in many ways it’s becoming not only dangerous, but could turn catastrophic for these same “informed” individuals.

Most truly informed people today (which you are) know that what is being reported, how it’s reported, how it’s manufactured, and all the other ways data of today is being manipulated that one can not rely on the once deemed “reliable sources of information.”

Today far too many are only taking in the “headlines” along with what’s known as “headline numbers.” This is an abject lesson in Tom Foolery

Oh indeed, it is true...Electronic zombies..

Read a story in The Province Newspaper..Story titled

Yes indeed...Story is about a hanful of people who are losing money because of a lack of MINING BUSINESS!!!!!

They want the mine reopened..

Propaganda not so subtle...

No matter what the industry is, take it away and you could write a story about somebody or group being hurt by the closure..

Mount Polley...Tourism in the area will be dead for decades, that Fly Fishing lodge caput..

The mount Polley spill..BC Liberals reneged on their protection of the public duties, Christy Clark allowed Imperial Metals to break laws, ignore codes and do what they please because..

That`s the bottom line...That whitewashed report being released next month will find no fault, lay no blame..

Read a story...2015 will be the year of hackers taking over your new car`s computer..Causing havoc and mayhem...

Planes..missing planes with new computers..no explanations, no answers...brand new modern Boeing 777 that sends out pulses every 5 minutes, even their engines send out data every few minutes..

Why won`t they tell us the truth...These plane`s computers were hacked?