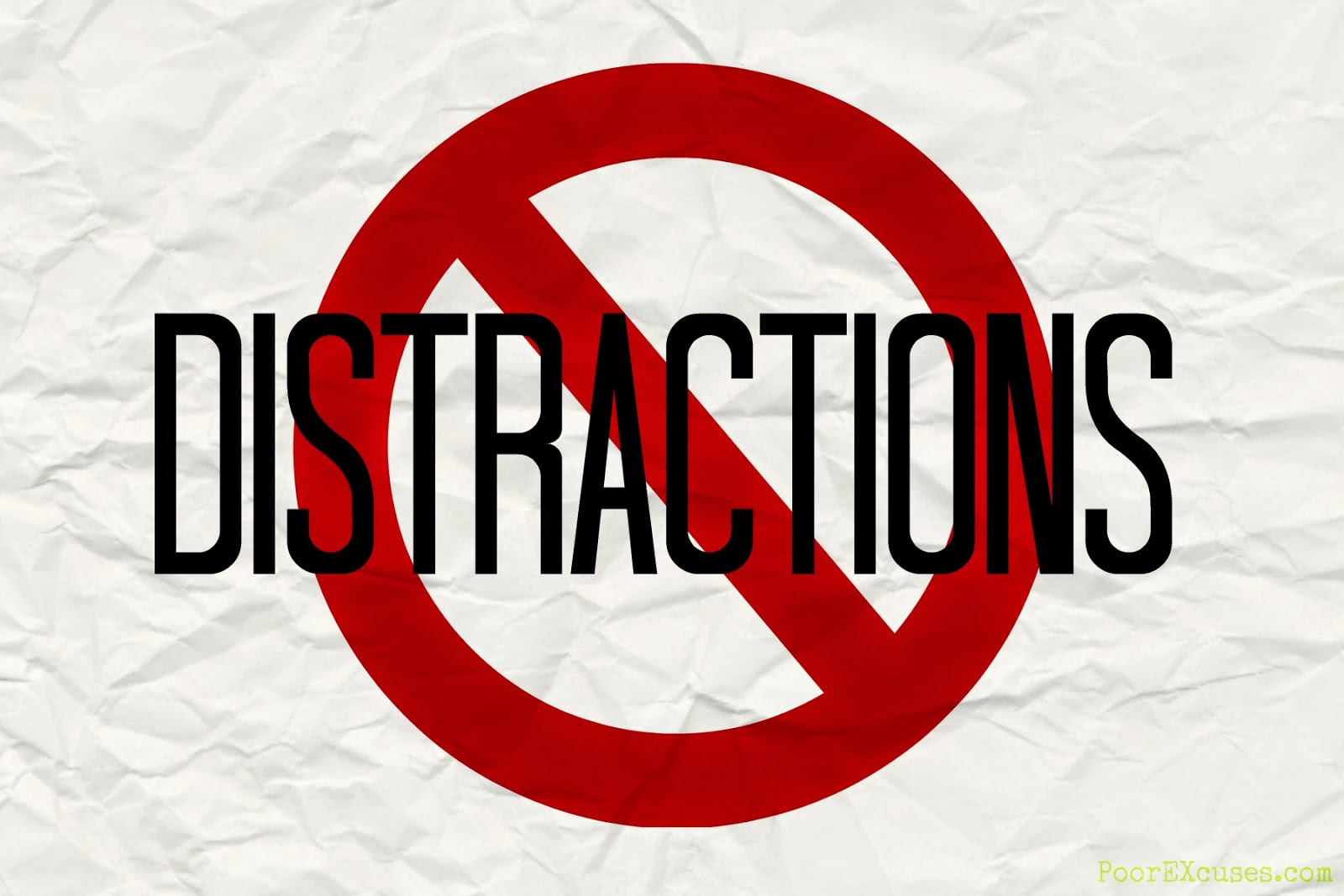 More white noise LNG announcements by the BC Liberals.....

This latest batch of announcements have a strong stench of desperation emanating from, dissecting these corpse announcements is child`s play.

How many LNG export licenses have been granted, too many too count, how many industrial environmental assessments have the BC Liberals turned down?...None, the BC Liberal grifters have approved everything, including Tesako`s proposed prosperity mine, a project so destructive that even Stephen Harper`s Federal Environmental assessment board rejected, rejected it twice...Bill Bennett, Christy Clark`s mining and energy minister even flew to Ottawa on the taxpayer`s dime to beg for Tesako...Ottawa threw Bennett a bone and sent him home, his efforts in vane, ..Ottawa already has suitcases full of cash..Enjoy your jerky treats Billy Bennett..

LNG energy companies, the one thing none of them were ever worried about was getting environmental assessments approved by Christy Clark`s gang...They were all given green-light guarantees that their projects would get approved, ...Remember earlier this year Christy Clark and her grifting cabinet announced an OIC  (order in council) that stated that LNG plants and processing stations would not require any environmental assessments....That drew ire and scathing rebuke from First Nations..In an LNG conference in northern B.C. First Nations threw the British Columbia out on their asses after hearing about the OIC through the grapevine....Very quickly the grifters withdrew that OIC, but they didn`t withdraw it, BC Liberals verbally withdrew it..

Emails and messaging was sent through back-channels from the BC Liberals to all the big foreign energy giants that any and all environmental assessments would be approved, companies were told that Environmental assessments merely had to look like due diligence was being used, thus timelines from application to approval had to appear within normal timeline parameters, but be rest assured that approvals were all guaranteed..

However, Petronas has NOT been given a nod from the federal environmental assessment board, also, First Nations will not permit this project to proceed at this site, Petronas`s LNG plant on Lelu will destroy the Skeena river wild salmon population, court challenges will ensue even if the feds give Petronas the nod, and with the latest Supreme court of Canda decision, First Nations do have right of refusal as land owners, this case will be bogged down in court for years if Petronas doesn`t move locations, and move locations they can because....

However, theses BC Liberal grifters do not control the supreme court of CANADA AND CAN`T STOP THE LAW SUITS  coming their way...Petronas chose the wrong spot.

Petronas will not be very happy with the BC Liberal grifters over having to wait for years as this project meanders through our slow courts...

Petronas might be wise to go to Digsby Island(Prince Rupert) too...

The other announcement yesterday was quite amusing...British Gas has had their pipeline route approved...

There`s a problem ....British Gas is out!...They announced that their British Columbia proposal is out until at least 2020...At that time they will revisit the project...

The above linked article does not mention that the Spectra pipeline connector was the line that was destined to feed natural gas to British Gas`s proposed LNG project on Ridley Island...

You can read that confirmation at the end of this article..


As reported, British Gas is out, having their pipeline route approved is really quite desperate when British Gas has moved on...

“So, as a result of this, coupled with weakness in gas pricing generally, there is a risk that the market will be very well supplied post 2020,” he said. “We’re pausing on Prince Rupert to see how the market evolves, particularly in function of total supply that will come out of the U.S.”

British Gas...Our gang of grifters approved British Gas`s pipeline yet British Gas is out....Now that`s funny, need more...?..British Gas is not only waiting to see how the USA LNG market pans out they are diving headlong into US LNG....They are spending their money in American LNG and have said good-bye to Canada.. Hello grifters, ....if you really want the Petronas proposal to go forward I suggest you ask them to move locations....Here`s a novel idea...how about Ridley Island!

Here`s someone else speaking on this matter too...John Horgan.

"Provincial NDP opposition leader John Horgan says he has doubts about two of the liquefied natural gas (LNG) projects being planned for the Prince Rupert area.


Speaking at a stop in Terrace as part of a northwest tour last week, Horgan noted that one company, the BG Group, has already announced it's delaying plans for a large LNG plant on Ridley Island.


"I think they're done," said Horgan of the BG Group's project called Prince Rupert LNG which would involve a facility capable of producing 21 million tonnes of LNG a year.

BG Group's initial plans had forecast a construction period of two phases beginning in 2016.
But it announced late last month that it is delaying its Prince Rupert decision because of its involvement in more advanced LNG developments in the United States.
The company has two projects underway in the United States, one in Louisiana and the other in Texas.

Horgan also focussed on the Pacific NorthWest LNG project, which has as its majority owner the Malaysian-stated owned Petronas company and which is slated for a location on Lelu Island within the District of Port Edward's jurisdiction.

The location has just come under criticism from a number of aboriginal groups and some residents for potential impacts on the Skeena River's salmon populations.
The project is under a provincial environmental review and Petronas recently received a 45-day extension of that review to conduct more work.

"The Skeena River's got some salmon in it," said Horgan of the importance of the river to the region.
He did note that the review will shed more light on the impacts of the planned project on the Skeena River estuary and its salmon-hosting role.

In some ways, Horgan said the prospects of LNG development in Kitimat are more favourable than around Prince Rupert.

One LNG project at Kitimat, called Kitimat LNG, has a substantial buy-in from aboriginal groups.
That includes the Haisla at Kitamaat Village on whose lands the plant will be built and from virtually all of the First Nations who have territory over which a natural gas pipeline would run to supply the facility."

Cheers Eyes Wide Open
Posted by Grant G at 10:37 AM

Signatories to the deal are Mary Polak and Rich Coleman:

None of this BC LNG file makes any sense at this stage.

And yet, notice how the 'sun' continues to just take stenography for these bandits as they spin their tangled web of deceit and lies.

This province has been captured by the masonic $indicate. And something is going to have be done about them before they ruin the whole place forever.

No justice, no peace.

Much appreciation for what you do here.

19 US Shale Areas That Are Suddenly Endangered, "The Shale Revolution Doesn't Work At $80"

This means LNG fracked from a shale/coal base doesn't work either.

WTI ($70 handle) and Brent Crude (under $75 for first time sicne Sept 2010) are collapsing... as will US Shale oil company stocks and bonds (and thus all of high yield credit) tomorrow. The Saudis are "very happy" with the decision, Venzuela 'stormed out, red faced, furious.' Commentary from various OPEC members appears focused on the need for non-OPEC (cough US/Can Shale cough) nations to "share the burden" and cut production (just as the Saudis warned yesterday).

When are they going to wake up and smell the roses?
They could gain some semblance of credibility if they confessed that they'd misread the market, that the bottom for LNG had unexpectedly changed and they are going to implement Plan B.

I know! I know! This was about gaining credibility, not Plan B.

They've got all the talent to come up with another line of BS about Plan B - good luck. But if they stumble along hyping the benefits of LNG at this time, they just reinforce the notion that they're plain STOOPID. And there may be a few diehards out there that haven't realized that yet?

Thanks for all the comments..

So funny listening to clowns Michael Levy and Michael Campbell, those failed members of the Chicago trained economic frat club are claiming that OPEC has lost its clout, doesn`t know what they`re doing, ....

OPEC knows exactly what they are doing...They told Canada and the USA in no uncertain terms, you want production cut, you cut production..

Canada, the USA, Australia are bombing the hell out of the middle east, bombing Saudia Arabia`s friends, bombing OPEC`s friends..

And my oh my, shocked, shocked I am(not) that OPEC told Canada and USA to stuff their high priced oil where the sun don`t shine..

Fantastic move by OPEC..."Do you want to race, if you insist, at that price I can`t resist"

Bc liberals' next big swindle is nearly ready:

BC Fin. Min., Mike_de_Jong on VoiceofBC with Vaughn Palmer said public deserves to see LNG documents, but his government will never make any of it public.

The province's environment's saving grace may be the continued decline of oil prices. There will be no profit in any of it. Once the west reaches an agreement with Iran, the embargo will be lifted and their oil will add to amount being pumped out by OPEC. OPEC has had enough of North American "oil".

As to the B.C.Lieberals and all their "agreements" with foreign corporations, its just all make believe. It keeps the voters quiet, most of them think there will be jobs. When they do not materialize, well Christy will have moved on to something else.

Quote:
"A new report's warned that the LNG (liquefied natural gas) export boom could mean Australians paying three times as much for household gas in a few years.

The report, commissioned by the manufacturing industry, warns that thousands of jobs could go as local consumers compete with export markets for gas."