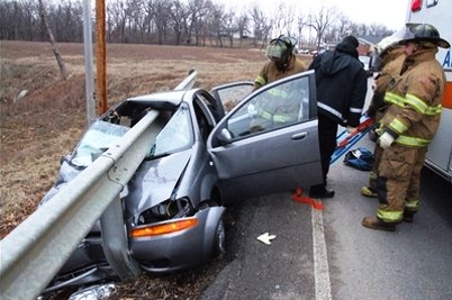 By now many of you have heard that Christy Clark thinks it is okay for parents to bring their children of all ages in to Alcohol only establishments, into bars, nightclubs and legions..

My gawd, Christy proves once again that she missed the brain train at youth and rode the braindead one way ride to densecity..

First off, restaurants that serve liquor have always allowed children to come in and eat with or without parents..

As for clubs and bars... Grownups and young adults go there to mingle, to flirt, to play pool and darts and of course to cheer on sporting teams on the big screens...Bar goers swear, they curse, there is sexual talking and sexual innuendos..

In bars there are always conflicts, that`s why there are bouncers present, you all have heard of backroom drivers, I can picture back-table parenting, tables of adults telling parents with kids or children to stop swearing, stop talking sex etc etc etc...And the fights will ensue..

Also, there are automated lottery machines and pull-tab gaming devices, kids do have pocket money, and or parents letting their children pull open the gaming tabs at their table

Smoking patios and or outdoor smoking, it happens at every bar and club, there too parents would be harassed if their children were exposed to smoke..

Does Christy Clark want parents and adults to encourage our youth to start bar hopping and drinking as early as possible.... son and daughter, as soon as you are legally allowed this is the place you need to be, bring on the happy hour drink specials

Is Christy Clark a suitable parent, we know she listened to Hamish when Hamish asked her mom to race through a red light in Vancouver..

My feeling is many bars would lose money by allowing seating to be used by non-alcohol consuming customers...Each bar seat, on average makes a bar or club $25,000.00 dollars per year in alcohol sales....How much will they make with water or pop drinking children, maybe bars and clubs can start selling baby formula too..Let`s inundate those children from birth into the pub scene..

And there are legal issues, if bars(some) allow under-aged children with adults to attend their establishment and some don`t, does not that open up human right challenges against those bar and club owners who resist or deny children and babies in their club..

And what of young adult babysitters of drinking age, or custodians or coaches, or a school field trip, can they bring young children to the bar, or will club owners have to make these adults prove paternal parenthood, can a school outing bring an entire class into a booze only establishment while a few adults drink.

It opens up the licensing issue, these restaurants can morph into bars, thus defeating the stringent rules and hoops current bar and club owners have to jump through..

Does Christy Clark believe the road to provincial prosperity hinges on turning everyone into gambling and drinking addicts, yes many BCers may very well resort to getting drunk after reviewing the state of our provincial books..

And the utter hypocrisy, these BC Liberals brought in illegal and very strict drinking and driving rules yet at the same time Christy Clark wants more booze at galleries, flea markets, beaches, golf courses, ski hills, more booze everywhere and everyone knows that despite claims by many that they won`t drink and drive the very nature of alcohol impairs one`s decision making ability..

Adults drive to all these places, adults drive to the mountain, drive to galleries and flea markets, no amount of drinking is acceptable if one is planning on driving shortly thereafter, ..one drink can impair a non drinker, or drinking on a empty stomach, the interaction of liquor with drugs, prescription drugs, opioid, psychotropic drugs..

And I am just wondering how many provincial politicians will attend the first funeral of the family slaughtered as a result of impaired parents driving home from booze only establishments with their children..

Clearly Christy Clark and the BC Liberal Government lost their moral compass, actually, Christy milfgate Clark never ever had a moral compass..

Maybe Christy Clark wants to bring Hamish with her to those oyster bar planning sessions to help her with her Government decision making?

Grant, remember that movie It's a Wonderful Life? In a town called Bedford Falls?

Well, Mr. Potter took over and turned it into Pottersville - booze, gambling, poverty, broken families. Change the name to Chrustyville and I get my point.

Thanks anon, it is about money..However, everybody gets liquor now, as much as they want, saturating the market with more booze will bring in no or negligible new revenue, and the social, health and policing costs will rise.

Same with gambling, BCers are tapped out..new gaming outlets make sense in Fort Macmurray or Saskatchewan, not in tapped out BC..

Elwood, Christy Clark is so stupid, I don`t think many parents will partake of bringing kids to booze joints, and if they do, they will chase regular customers adult customers away from their local pub..

In fact with children allowed in pubs I predict a decline in pub profits..

Restaurants that serve booze..They can already serve to children, with or without parents being present..

And if restaurants start becoming booze only pubs too..

Because again you are saturating the market..

Not for Publication said...

Did you see this?

It's over at Norm's site: http://northerninsights.blogspot.jp/

That conglomerate of WPP/Hill&Knowlton is one of the major conduits for big money to game the political process.

The following is another related article worth checking out: http://www.watershedsentinel.ca/content/enbridges-pr-firm-hill-and-knowlton-minister-environment-connection

I`m not concerned about it, I expect the NEB will approve Enbridge northern gateway pipeline..

That`s when the real fun starts, BC First Nations never signed treaties, consultation without accomadation means nothing, the law will drag its feet long enough, court challenges will drag on for a decade, any pipeline building by Enbridge will result in blockcades and violence, New Brunswick melee will seem like a tea party compared to planned Enbridge protests..

Media is dead, can`t blame Fowlie for running after money, newspapers are dead, dead without the money..

And the best news of all..Stephen Harper and the Convict party are going down bigtime..

In fact, I believe Stephen Harper is orchestrating the Conservative demise..

Not sure why, his party and his personal actions are the stuff of rank amateurs..

Instead of building a leg to stand on for the next election he`s made critical errors...

A promised income splitting won`t carry enough wait, and he already promised that before and failed to deliver..

My gut tells me Harper wants out, he`s trying to lose, maybe guilt or conscience, yea, hard to believe..

And the Harper cons have boxed themselves in..

If they turf Harper in the 11th hour and reverse all those bads calls..They`ll lose some hardcore cons..

And then there is the senior die-off..

As far as I'm concerned, its all a smoke show for the real screwing of the populace when the liberals will give some of there donators to the cause {reelection fund} the monopoly of booze distribution and any guesses who that will be? could it be Exel, the company that hired prominent BC Liberals Patrick Kinsella and Mark Jiles, who lobbied over seven years for the third-party logistics unit of giant Deutsche Post DHL to privatize B.C.'s liquor distribution system under Gordon Campbell's government. Time will tell.

I heartily agree with most of what's here, but many of us have been to more civilized jurisdictions where children can be part of socializing that involves the consumption of alcohol by adults. A friend took us to lunch in Wimbledon (out of season) and my two stepsons accompanied us, having a ginger ale with their mother while the host and I enjoyed a pint of something reasonably local. There were no oaths, no blatant hook-up moves, just lunch. Same kind of situation in Ireland some years later when friends took us out for step dancing at a local watering hole. Lots of families, some really young children, some not so young, much beer, but no real drunkenness and no bad behaviour. Lots of designated drivers sipping on non-alcoholic beverages. The Crow and Gate in Oyster has a lovely outdoor dining area where I would readily host the grandkids, but have not been allowed to do so. However, I find it hard to get to riled up about it as we go there once a year or less, and most of the bars I've been in are somewhat less tame. We have a different civilization (on this score) from what I've seen in the UK, Ireland, and on the Continent. Otherwise, it looks from here as though Christy is currying favour with voters to distract them from the real giveaway of resources and the gutting of civil society.

Sorry Danneau, I'm with Grant on this one. As he said, we already have restaurants that cater to your wishes.
If it ain't broke, don't fix it. Same with liquor sales in neighbourhood stores.
Mind you,I dislike this government so badly I'd probably disagree with ANYTHING they come with!

Thought I'd throw this into the mix, as it underscores the fact that we're not just up against provincial and federal bandits but we're also facing a globalized synarchy.

"Since it was created in 1995, the WTO has ruled that every environmental, health, or safety policy it has reviewed is an illegal trade barrier." -- Public Citizen report, titled 'Whose Trade Organization? Corporate Globalization and the Erosion of Democracy."(from The Progressive magazine, January 2000, p 8

Profits Above All Else.

Neoliberal economics has been a wonderful driving force for progress and material prosperity—but it cannot be the single ruling principle of our lives, of our government, or of our society.

If we allow the profit motive to be the only motive, then we and our society are doomed.

We are already seeing the shape of that doom, in our health care, our government, and our industry.