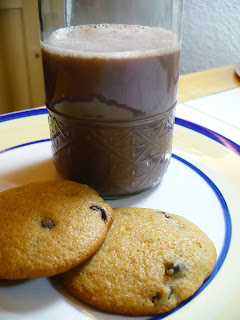 It always amazes me, the written graft of long drawn and equally winded wizards of words, explanation for failure derived from reading pyroglyphic scripture, turn a magic key and presto,  Chisty`s guarded maze exposed, laid bare for all to see, ...

And others, we know them too, the moderators, shall the blue dress change her fortune, and for good measure let`s add some geeky glasses, lights, camera, action, don`t mess your line, ah, that`s it, smile, turn, laugh but don`t snort, cut!...Perfect....Surely this new look photo-op will turn it around for Christy Clark...

Perhaps not....In reality she should stand there with mussed hair, broken frames and holes in her blouse and portray the truth of her Government, it`s dysfunctional and controlled by powers that lurk behind the scenes yet pundit after pundit seem bewildered as to why Christy`s star has stopped shining when that answer  is as plain as the nose on her face...It`s the issues people, not glasses, not dress colour it`s issues, Christy Clark stands up and tells BCers after we voted a tax gone in a history making referendum, she hangs her mouth open and says..So what, too bad, nothing I can do, yet complicated rules for home builders can be crafted while  restaurant meal bills are an enigma, too complicated, a Rubik`s cube of complexity..

Private IPP`s supply 14% of BC`s power but now consume 50% of all BC Hydro revenue and the Liberals answer is smart meters designed to tax and steal,...Where to start, an out of control Translink taxing left right and center, the Golden ears bridge loses $millions every year on tolls, that`s what this new gas tax is for, money drain after money drain, the Sea to Sky highway maintenance contract is $100 million per year, not to mention shadow tolls, BC Ferries, a debt ridden public money siphoning entity,

ICBC rates  up, BC Hydro up 7% more...BC Ferries up again too...Gas tax just went up 2 cents, the carbon tax goes up another 1.8 cents per litre in July..MSP premiums up..HST on everything..

Christy Clark as leader of the BC Liberals has spent the last year making excuses for Gordon Campbell`s policies, smart meters, $1 billion dollar boondoggle, IPP`s are $billion dollar liabilities, the ongoing HST betrayal, the gutting of education, the justice system, the assaults on seniors and middle class families, a decade of Gordon Campbell Government, a corporate Government, a place where laws are written that favor those who pay, pay for access, for contracts, for Government largesse, a quid quo pro arrangement of party cash gifts for legislative and regulation favor....The Government of the corporation fostered and raised under Gordon Campbell have not only continued to support and guide the BC Christy party but have bet the farm, buying favor at rates hard to believe......
______________________________
The B.C. Liberals received close to five million dollars in corporate donations last year, a sum that eclipsed the combined total of donations received by the NDP and B.C. Conservatives.
Elections B.C. financial reports, released Wednesday, show the Liberals collected $8,935,516 in 2011, a year that saw Premier Christy Clark take over from Gordon Campbell who resigned amid record-low approval ratings.
Of that number, $4,950,443 came from corporations

Corporations poured money at a BC Liberal party that`s destined to lose the next election yet this money pored in well before, and if one checks Christy`s vague infrastructure spending announcements the beneficiaries and BC Liberal party donors are one of the same, from a quick glance it appears very familiar to the Federal sponsorship scandal, public largesse money doled out with the wink wink nod understanding that money comes back into party coffers..

Gywn Morgan giving Liberals money, EnCana gas, money from Enbridge has made its way into party coffers, the teacher`s Government appointed mediator is a BC Liberal donor, UBC Government appointed staffer was funneling money to the Liberals and how many cases of special prosecutors and legal firms are given "special projects" who are party contributors, conflict after conflict, taint after taint and meanwhile many pundits talk about a missed word, mussed hair, mistakes on numbers or facts as the reason why Christy`s Fall from Grace has been swift...

That`s wrong, it`s policy, Christy Clark could stand before the public wearing a potato sack and bare feet and be as popular as any leader who came before her if she did but one thing,....Policy, remove the HST by July, start a review and reverse IPP contracts, make a stand against Enbridge and speak for the wishes of the majority of British Columbia, including the children..

Students go to door-to-door in Point Grey, while hundreds protest on Vancouver Island

VANCOUVER (NEWS1130) - Kitsilano secondary school was the starting point Saturday as close to 200 students from area high schools and UBC spilled into the streets to raise awareness about climate change.

Members of UBCC350 went door-to-door, targeting Premier Christy Clark's political neighbourhood of Point Grey. The group is opposed to Enbridge's Northern Gateway proposed pipeline which is meant to carry oil from Alberta to Kitimat for export.


These children never marched against taxes, or gas prices, these children came out on a cold wet March day to knock on every door in Christy Clark`s riding for one reason, the future, their future and where was Christy Clark, no where to be found, hiding in the backrooms with the corporate string pullers, Christy could rise tomorrow and tell Stephen Harper and Enbridge that the majority of British Columbian`s can`t accept this project, the jobs don`t exist and the risk is extreme but Christy Clark has chosen to act like a fence-post and say nothing, no comment, the biggest environmental issue in BC`s history, the hottest topic, a wedge issue that brings all political stripes together, a vast over-lapping majority of people have spoken but for the sake of those corporate contributions Christy Clark was muzzled and de-fanged, a puppet leader controlled by corporate cash...


The public wants a voice, to be heard, our issues need attention, BC needs resolution and an end to the Enbridge pipeline threat, we need the removal of the HST, we need corporate taxes raised, we need IPP contracts rescinded, we need an end to P3s, we desperately need corporate money removed from the decision making table..


We require a full scale confession and cleansing from our Government, Christy can wear sandals, toque and a red snuggly for all I care, she needs to to throw it out, start over, corporations must be removed now or the BC Liberals must have the purse strings sealed tight, long term financial decisions are being made by a corrupt Government polling at 20%, a no mandate Government who is receiving record donations from public trough snorting corporations, all asking for favor, for infrastructure, crony capitalism dollars being shoveled out the people`s bank, no, make that being charged to the people`s credit card and shoveled off the back of a truck...


It`s not your dress Christy, not your IQ, not glasses, shoes or mouthwash, it isn`t BC Rail or BC Hydro, it isn`t your stuttering or stammering, it`s the blank corporate stare of a Government that never intended to change, a Government still being led by Gordon Campbell, Patrick Kinsella and those who pay, a Government so corrupt, so controlled, a corporate propaganda machine whose soul purpose is private profits for the very few..


Honesty and Contrition while representing the people`s voice and wishes, to Govern for the good of the many..


And guess who is planning on line voting and possibly proportional representation?....The Corporation party, seems they don`t like the thought of relinquishing control or power and changes are afoot..

Correct me if I am wrong..
The rally against Enbridge at Comox was not reported on any news channel!
I estimate we had about 400 in attendence.

It got coverage in the local Comox Valley paper only. Of course the msm don't want this on camera. It might give others ideas about how much this pipeline is hated.

400 people at a rally in the comox valley is a lot of people. We don't have a large population. The comox valley is also being threatened by a coal mine which will destroy a lot of marine life & a shell fish industry which has continued to provide jobs & food in the Comox Valley.

With a coal mine & pipeline, we can sell our property for pennies on the $ & hope for the best. Mount Washington snow will look lovely with its coat of black coal dust.

The pipeline must not be built. Our coast line will have an oil spill & that will be the end of Beautiful British Columbia.

If the msm in your area won’t cover the stories then video to Youtube should help. Then post links to the videos in local msm stories whether related or not.

The msm wants a war? Fine, BUT have your own rules of engagement…;)