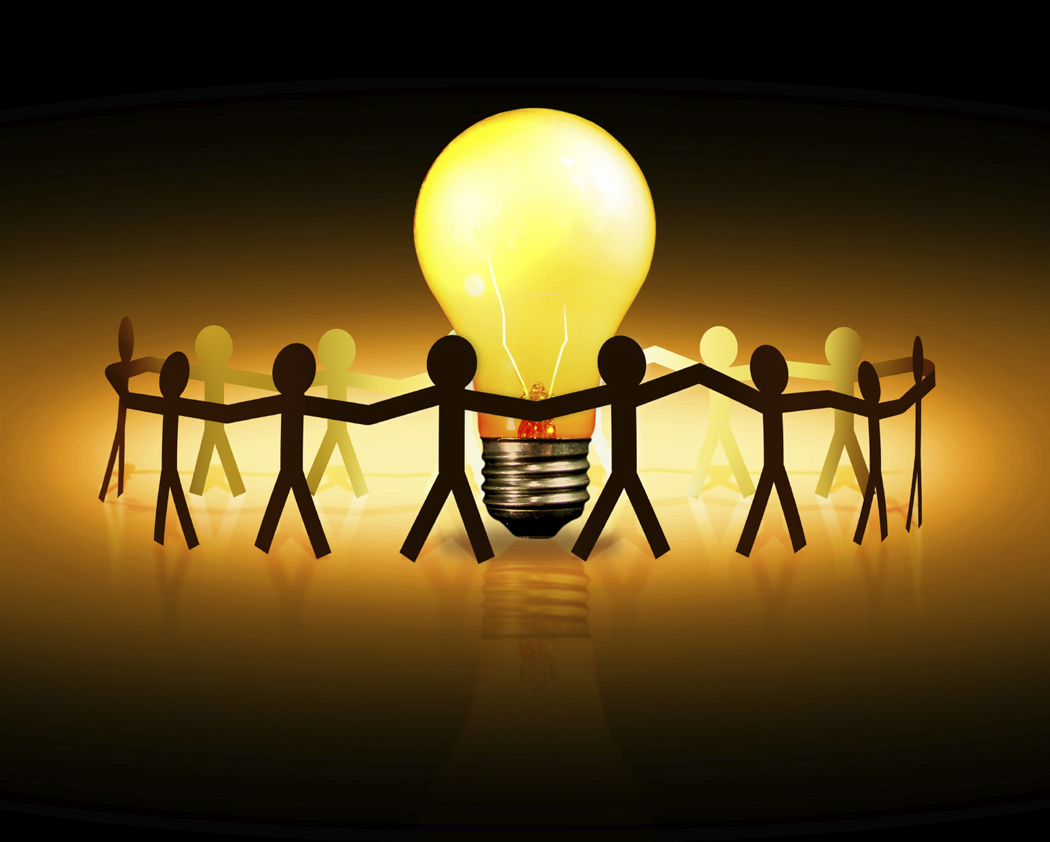 We had a chance to change the world but Canada chose to enable stagnation and steal future generation`s birth rite!

As a country we are enormously wealthy, most of the world`s fresh water, a diverse population that`s relatively well educated, thousands of miles of open prairies capable of growing huge quantities of food, we have world famous boreal forests, rain forests inhabited with spotted owls, spirit bears and species still undiscovered, we`re a nation blessed with pristine coastlines that are home to wild salmon, Orca, oysters and countless other delicacies of the sea, our air is still invigoratingly fresh,

As present day caretakers of this great Nation isn`t our number one duty to pass on a country as clean or cleaner than the one we found.

For after all, isn`t that all we really are, caretakers, thousands of generations of civilization  and Canada is prepared to roll the dice, in a nano second of earth`s time Canada`s current caretakers are prepared to burn and exhaust every hydro carbon we have, a grand short sighted experiment with the potential to melt the world and possibly bring mankind itself to extinction.

Change must happen, it`s inevitable for hydro carbons are finite, continued expansion and growth is unsustainable, a folly of futility or stampeding buffaloes heading for the cliff, take your pick but either way the ending will be the same, will we be a country with pipelines zig-zagging every which way, Kinder Morgan proposes a double pipe to Burnaby plus a line North, Enbridge wants a Northern pipeline crossing 1200 streams and rivers and plans are for pipelines through the arctic and let`s don`t forget the XL Keystone pipeline south to Texas, here in British Columbia our temporary caretakers want 12 LNG(Liquefied Natural gas) plants that would require as much electrical energy to operate as the the energy 12 million Canadians use.

12 LNG plants all needing their own pipelines, 12 LNG plants selling our finite gas as fast as they can would exhaust all our natural gas in mere decades, what kind of educated thinking society would steal every hydro carbon from future generations before they`re even born, tales of peak oil and if true paints a scenario where if the tar sands were to supply the world oil we would need an additional 50 pipelines.

We have stable banks, modern cities, an educated work-force, many world innovations and medical breakthroughs routinely come from Canada, we have a vast under-used manufacturing sector that`s capable of producing the smartest products in the world, we are a civil society that is already extremely wealthy in comparison to most of the world..

We are country that has no reason to roll the dice with the future,

My ideal caretaker tells the world that there will be no tar sand expansion, no destruction of groundwater, a wise caretaker tells the world that Canada is moving towards the future and will only maintain current hydro carbon extraction levels and what better way to drive innovation and change the direction of mankind then by removing the crutch of supply, we aren`t broke, we are extremely wealthy so the need for unabated exploitation of finite raw resources isn`t required and my gawd how selfish can we be.

Canada has a chance to drive change a chance to be a leader, day after day our current caretakers tell us we are the wealthiest nation in the world and if true there is no urgency, no need to panic no need to spend our finite resources in a nano second of time.

We owe it to Stephen Harper`s grandchildren to preserve and protect the water, the air, the land, we owe it to everyone`s children to safeguard the future.

Canada could have forced the world headlong into the 22nd century but unfortunately Stephen Harper, Canada`s current caretaker has chosen to sellout all future generations for the sole purpose of greed, unabated greed driven by oil companies, a caretaker that runs tar sand promotional ads that show pristine eco-systems in a sick n twisted campaign designed to distort and deny, a caretaker hell bent on muzzling scientists and silencing voices of reason while hiding damning evidence of a rapidly deteriorating environment and the only conclusion any reasonable person can come to is..

Greed, power and mental sickness have inflicted the minds of Canada`s current caretakers and without immediate intervention the sickness will prevail to the detriment and possible extinction of mankind itself.

Stop corporate rule! Harper is a puppet of big money.
The US military understands fully the coming crisis associated with global climate change, however even with this publicly available information Harper is retarded enough to pull Canada out of Kyoto. We are ruled by a complete and utter fundamentalist, anti-science goofball and yet people are fed enough media lies that they vote for Creepy.
Welcome to Fascism, the merging of corporations and the state.

We can only pray there will be no future Stephen Harper's.

One is one too many.

Harper does not care about his grandchildren. Harper only cares about Harper and his own selfish goals.

Harper's negligence of the F.N. People, shows just how cold and ugly he really is. That adorable tiny F.N. baby that died, was pure negligence. The health care for the F.N. is obscene. Harper should be forced to resign. He is the worst P.M. in the recorded history of this Nation.

Harper the good Fascist dictator, has shifted his blame of negligence, onto the F.N. citizens. Harper has forced a money manager on the F.N. at $1,300 per day. How stupid is that? Harper is the one, who should have our tax dollars, taken away from him.

Harper gave, banks, mines, large corporations and gas and oil company's, billions of our tax dollars. Harper also gives huge tax reductions, for the wealthiest corporations in the world. Saw this on, the House of Commons TV channel. Now Harper does his dastardly deeds, behind closed doors.

He is wasting billions on his, wars, jets, armored vehicles, a nuclear sub, other military ships. And, billions on his stalags, when the crime rate is way down.

Then, there is the $50 million on gazebo's, $3 million on just ONE members travel expenses. Who can forget, Harper's $1 billion wasted, on a stupid, asinine fake lake?

I always look forward to reading your Blog. My anticipation becomes almost unbearable when you haven't posted for a while.

It is difficult to comment with my perpective, because I would simply be echoing the genius of your obsevations and investigative journalism.

But I do love to read the comments of your thoughtful followers and would like to thank them all for their ongoing opinions and deep concerns. They give me hope for our future.


I do 'Twitter' and 'Facebook' every one of your posts and hope all of your followers would do so as well. Please!!

I follow a few other BC Blogs... the Koot(from my homeland), Norman Farrell(the quiet investigative genius), and of course BC Mary (the relentless trooper of truth).

I thank you all for your hard work and dedication.

This recent post embodies a very crucial philosophical truth...please everyone who follows our friend Grant...pass it on thru the social media and to your personal friends thru email.

Looking forward to the e-book or paper book that you should eventually write and publish Grant(hopefully soon). I would love to be part of it, if you need a photographer who shares your vision and hopes for our future.

Thank you my friend for doing your part (bigtime) in saving our world.

Grant, I could not agree more on the short-sighted way this government is steering the good people of Canada. We are never going to agree with any government 100% of the time, but when is common sense going to rule over greed? It seems there is a lot of forces at work, and are free to work, against better judgment. Keep up the good work, and your passion will spread to the sleeping masses that are letting these bad ideas turn to bad policy.

I might have to travel north for a visit Doug, that`s mighty fine company you`ve placed me in..

I don`t hold a candle to those heroes.

I`m merely crying out to whomever is willing to listen.

This is our last chance.


I will make my last stand against Enbridge`s pipeline to BC.

Doug, you can film the carnage.

I'll be there bro! Doug

It is human nature to pick the low hanging fruit.

We need to recognize this and stop it. Knuckle dragging CONS represent the pickers of this fruit.

And we know why el gordo sold off our rivers. And Christie and co want to carry on with the LNG gas out of Kitimat, but there isn't enough water now, can you imagine if and when those lines are built? Fracking uses more want than one can imagine, and pollutes everything else. Talk about insanity.

What Canada makes on all these exports is minimal compared to the profits other countries will make off our resources. Selling our companies to foreign governments is just plain stupid. We will have no say in how things progress. These foreign government companies will be able to fire & hire at will. We can expect Canadian Will to be the first to go. Harper has provided changes which will make it much easier to bring foreign workers to Canada. All the company has to say is they can't find Canadian workers. There doesn't appear to be verification, etc. Once that begins Canadian workers will have their salaries cut & the foreign workers, on temporary visas will start doing our work, at a fraction of the cost, with no unions, no WorkSafe B.C., no impediments regarding working hours, etc.

What do we get? Oh right, the right to pick up all the spills & live in third world conditions. If you don't think it can happen just look at the F.N. reserves, the Americans who have lost their jobs with no safety net, Greece. The list goes on.

Some major American cities have taken to bulldozing abandoned homes to try to keep what is left in a neighbourhood from falling into decline. In Chicago they have turned some of the land into urban farms. In Cleveland, it looks like mini parks. So what happened to all those people who used to live there? They don't have homes. The banks kicked them out & then the banks didn't care & just let the neighbourhood deteriorate. Some of the homes could not be sold for $30K.

This can happen in Canada just as easily as the U.S.A. We just need Harper to continue to cut our social programs.

I agree, we are a rich province. We shouldn't piss away our wealth.

BC Hydro is an incredible source of renewable energy. Yet it's being sunk into debt, owing billions for un-needed IPP power, and the so-called "smart grid".

BC election in 9 months, if not sooner.

Makes you want to run out and buy some farmed salmon, NOT!

This is about the HD mine workers:

Add to that the policy to pay foreign workers 15% less than Canadians.