The Collapse of Canadian Democracy 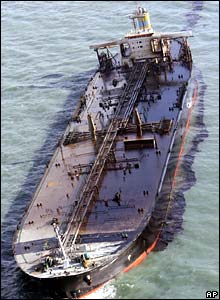 Begin – always begin – with the presumption that the conventional Canadian press and media are part of Conservative Party policy structure. Employed to confuse. A lot about the reporting of the Mike Duffy trial points that way . . . as we will see.

So does the (non)reporting of the case (Bill Krehm, Anne Emmett, COMER/Rocco Galati) to return the Bank of Canada to Canadian service rather than to service of the international banking cartel. [That present service is part, I take it, of the U.S/NATO expansionist program presently evident in the Middle East and the Ukraine – onto which Stephen Harper is  ‘hitch-hiking’ a Canadian presence. The Conservative government wants an “electoral war economy”.]  It fights the Bank of Canada case, and the conventional Canadian press and media almost ignore the case. The major Opposition Parties, mostly, pretend it isn’t happening. Why? Both the Canadian Action Party and the Green Party support the return of the Bank of Canada – where are the major Opposition Parties?

The (non)reporting of the $33 million Jessica Ernst case against Encana Corp. and the Alberta regulator for fracking violations also points to an irresponsible press and media. The increasingly Wild-West trial process moves from the improbable to the incredible.  The most recent – late March – development is an Encana “disclosure of records” which lawyer for Ernst describes as  “extraordinarily deficient”, a “shockingly shoddy piece of work”, with “systemic and irreparable deficiencies”.
The judge on the case should reject the disclosure immediately and without an Ernst application.  Chief Justice Neil Wittmann is silent.  The conventional press and media are silent.

The Jessica Ernst case shines a light on the apparent malversations among members of the legal and the judicial communities.
After the questionable and convenient promotion of the judge on the Ernst case (by the Harper Conservative cabinet) Neil Wittmann, Chief Justice of the Alberta Court of Queen’s Bench, apparently appointed himself to the Ernst case against Encana Corporation and the Alberta Regulator for fracking destruction of Ernst’s property at Rosebud, Alberta.

I watched Wittmann in his earlier role – as I judged the matter – in the destruction of Kelly Marie Richard in her Alberta malpractice case.  I had more recent experience of his refusal  - as representative of the Canadian Judicial Council – to recognize the illegitimacy of the Special Crown Prosecutor in the BC Rail Scandal trial OR the misconduct of the judge on the case for permitting an illegitimate Crown to act in her court.

I fear Neil Wittmann appointed himself to the Jessica Ernst case in order to further the interests of the federal Conservative Cabinet, Encana Corporation, the Alberta Regulator, and/or the Canadian Association of Petroleum Producers. The only clear, consistent, informative voice reporting the huge injustice being done to Jessica Ernst is Andrew Nikiforuk, telling truth to Canadians who care.

Canadians can’t know critically important information if the conventional Canadian press and media won’t provide it to them … and they won’t.  The Democracy Watch call – part of two years of campaigning “to ensure all wrongdoers in the Nigel Wright-PMO-Mike Duffy Scandal are held accountable for their wrongdoing” (Dialogue magazine, Spring 2015, p.32) – is carefully, studiously, relentlessly ignored by the conventional Canadian press and media.

Are we crazy … lunatic … to say all those failures serve the Stephen Harper/Canadian Association of Petroleum Producers/Foreign
Corporation, US/NATO, and International Banking Cartel intentions for the future of Canada and the world?  And that the conventional Canadian press and media are an owned and operative part of that structure?

The Democracy Watch intention to pursue a private prosecution if the RCMP and Crown Prosecutors refuse to act to ensure all wrongdoers in the Nigel Wright-PMO-Mike Duffy Scandal are held accountable for their wrongdoing should be financially supported by Canadians.

We should all support because the implications of what we call “The Mike Duffy Case” are almost beyond belief.

They have not even been hinted at in reporting so far. Democracy Watch itself only hints … but will not say what appears to be happening in the Real World of Stephen Harper/Neoliberal betrayal of the democratic population.

First: The RCMP may have received orders from Harper/PMO to ’take over’ Corporal Horton’s investigative work and re-shape it, to falsify investigation, and to protect Nigel Wright and his involved associates in the Duffy ‘bribery’.  The RCMP may well be almost wholly corrupt.

Remember the largest RCMP force is in B.C. where the RCMP worked seamlessly with the illegitimate Special Prosecutor on the Alice-in-Wonderland BC Rail Scandal case for seven years (2003-2010]. That scandal involved the corrupt transfer of BC Rail to U.S.-owned CNR.  The transfer, was, in effect, smoke-screened through. The smoke-screen case in court was built against three, lower-level, Sikh government employees, fronting, some believe, for the major actors.  (Do the three accused look, more and more, like Mike Duffy?)

The point made is that the RCMP may be an on-going criminal tool of  political power in Canada.

Remember, in addition, lawyer on the Bank of Canada case Rocco Gelati has stated his belief that the Conservative government of Canada gives direction to conventional press and media about what may or may not be reported upon.

Second: The Mike Duffy case in court may be fraudulent. The judge-alone rather than judge-and-jury nature of the case is suspect.  The whole trial may be a scam, constructed to protect the guilty and divert attention to unimportant aspects of the history.  If – as it appears to be – the RCMP case in court is a pumped-up charade, then the court may be a part of the charade.  There may be a spoken or tacit agreement to fake the trial.  On the other hand, the cross-examination of Nigel Wright and the findings of the judge may prove the case is not a charade – if the trial runs to completion….

The leaders of the Opposition Parties have every right to ask how it is that Mike Duffy received a bribe, but the man (Nigel Wright) who handed him a cheque on his personal bank account for the sum received as a bribe is not charged with paying a bribe?  Every spokesperson for the Conservative Party of Canada will say the Opposition Parties have no right to make inquiries about the investigation and the laying of charges in a case that is proceeding….

Every Conservative spokesperson saying that will be wrong. The duty of the Opposition parties to justice and the people of Canada – in a matter of such huge importance – must take precedence. Their public attempts to discuss the production of evidence with the RCMP Commissioner and chief investigator would serve both to alert Canadians to the possible corruption involved and the Conservative Party/RCMP connection.

If the leaders of the major Opposition Parties are timorous and uncertain and querulous about taking such a bold position on behalf of Canadians and the operation of Canadian justice, they have every right – every unquestioned right – to announce support for the Democracy Watch initiative and its determination to begin a private prosecution.  The two Opposition Parties have the right to support Democracy Watch publicly and to pledge money to the cost of the undertaking.  Where are those Parties and their leaders?

The question is a very tough one.  Are they “in” on the get-Mike-Duffy game to hide others (Stephen Harper? Nigel Wright? and ?) involved in Senate manipulation and miss-use? Connie Fogel (April 18, 2015) reminds us that Tom Mulcair is reported as telling a supporter questioning about the Bank of Canada case that the supporter should find himself another party (if he wants action on the matter).  Was that Tom Mulcair announcing he is in the hands of the international banking cartel and not in the hands of Canadian voters?

I have put the Mike Duffy case, the Bank of Canada case, and the Jessica Ernst Alberta fracking case (with references to the BC Rail Scandal case) together as a way of showing the possible reach and extent of (a) corruption at the highest levels in Canada (b) the wholesale failure of the conventional press and media in Canada and (c) the likely interrelation of corrupt actors, international capital, and the conventional Canadian press and media. The reader must ask what relation the federal NDP and the federal Liberal Party have to national and international corrupt forces. In relation to the Mike Duffy case, and the Bank of Canada Case, and the Jessica Ernst case the major Opposition Parties do not appear to be doing their job for Canada and Canadians.  If that is true, who are they doing work for in those matters?

Another interesting piece as far as it goes.

With all due respect, though, it's as if Mr.Matthews has gained the ability to see an ever-expanding number of trees all gathered together for criminality across the landscape; but then, when it comes to the point out what conclusion should be drawn, he just can't quite make out what they're all doing as a whole.

No wonder the rest of the country is being totally subverted.

None will dare call it conspiracy.

Once again they are putting Govt propaganda on the weather report.

Thanks for this article. We are governed by liars.