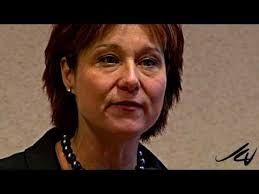 Well, this will be a short post folks, I`m busy and traveling today, I have a special treat for you, we all know that Keith Baldrey is the BC Liberals loudest and proudest cheerleader and pom pom boy, well, maybe that is changing...

For today, Keith Baldrey in his column in the Burnaby Now paper has laughed and scoffed at Christy Clark, he claims like David Shreck and I have....Christy Clark`s HST fix is not doable and will blow a yearly $1 billion dollar whole in the budget, and that is taking into consideration the cancellation of the small business tax decrease and the raising of corporate tax...I will let Keith Baldrey do the talking...


Clark's proposed two-point cut in the HST will cost her government about $1.6 billion in lost revenue when it is implemented in 2014. That will be somewhat offset by more than $600 million in corporate tax hikes or deferred tax reductions for small businesses.
But it still works out to about a $1-billion hit, effectively wiping out a projected budget surplus in 2014.
On the other side of the ledger, her government is insisting it can keep spending increases to less than two per cent a year.
Oh, really?
In the four years before the 2008 recession, the annual spending increase in the government budget was 5.7 per cent. In the two years since then, spending increased an average of 3.5 per cent annually, but this was after all kinds of cuts to programs and services.
So to get spending down even further will presumably require more cuts (and it will also mean no wage hikes for public sector workers, including teachers). When one factors in the insatiable health-care system - which gobbles money at a rate of almost five per cent more each year - the challenge to stick to budget projections becomes even tougher.
Add it all up, and it seems that a cut of one point next July seems doable but a further cut of another point in 2014 seems wishful thinking at best. NDP leader Adrian Dix is perfectly correct to be dubious about the tax cuts actually occurring"


Well folks, when Keith Baldrey is laughing at Christy Clark and Kevin Falcon`s budget, you know it ain`t worth a hill of beans, I have said over and over again, the only blogger to critically examine the Christy Clark budget and HST fix, the numbers didn`t add up, there will be no 10% HST, ...Not without slashing and cutting or digging into your other pockets.


Cheers Eyes Wide Open
Posted by Grant G at 9:10 AM

Oh come on Baldrey - stop your nonsense, like you care!!
You're as bad as the "gang".
Don't believe anything you have to say anymore, nor Palmer, Good.
Give it a rest.

Sitting on both sides of the fence again eh Keith?
How do you sleep at night?

Baldrey deserves all the flak he gets from our faithful contributors, however...

Let`s not shoot the messenger when the message is accurate!

Christy Clark and Kevin Falcon have proposed a tax plan/fix that isn`t credible! What more can you say...

For Keith Baldrey to notice a massive budget contradiction means but one thing...

Christy Clark and Kevin Falcon are a sick joke and not to be believed.

Once politicians allowed corruption in their ranks, they end up being owned by, the very outfits they took the money from.

BC province and the people, own nothing. The giant corporations, own all of our resources. Campbell and the BC Liberals, thieved our assets and sold them. There is chatter of, our water will be privatized. We won't even own our water.

The media have kicked the BC people in the face far too many times, Grant. How many time have you heard the media, spread the BC Liberals lies? We knew the 10% HST is a scam. We didn't need any media to tell us that. BC citizens are way ahead of Baldry.

I agree with Anon 9:28. It will be a frosty Friday in hell, before i will ever believe the media. They have shamed themselves, they have earned the BC people's contempt. They are every bit as vile as the BC Liberals and their dirty tactics.

Baldrey may look balanced today, but let's not forget he was way out front on the HST being fair and reasonable from the beginning. Is he part of the inner cabal who assisted in the shaping of pro HST opinion, despite it not being in the publics interest? As we know it is really a big business subsidy courtesy of the public, and it will be raising taxes 500 or so dollars per the average family, it is not revenue neutral and might employ perhaps a fifth of the numbers forcasted for new jobs, and added taxes where they did not formerly exist, yet they persisted. So what makes folks think the orders have changed? For now I'll wait to see how the article fits into the grand illusion as the HST debacle continues to unfold.

I agree about Baldrey being a stooge...

However, let`s use Keith Baldrey`s own words against the BC Liberals..

The Liberals use every anti-ndp quote they can find...Make hay while the sun shines with Baldrey`s statement.

I agree with Grant wholeheartedly on this one, because now Mr. Baldrey can be held accountable for what he has put into the public record if he tries to go the other way in the future.

And I am sure that Grant will hold him accountable if does so.

Hold him to account for this nugget as well;
"This is how we ended up with the HST, remember. The worldwide economic recession blew a huge hole in the B.C. government's revenues almost overnight..."

And then he has the gonads to close with;
"You can't make this stuff up!"

Yes the media in BC and the likes of Baldrey, Palmer are the reason the BC Liberals are still grasping at power. No accountability and aiding criminals. Funny how you don't hear a peep on Kash Heed; if he was an NDP member he would have been hounded to his grave.

The tentacles of the persuader have rocked many a boat.

It would appear that the Crusty Clark loyalists are running scared.

Hopefully Adrian Dix and da man John Horgan use the horse`s mouth to make Crusty look like a amateur.

Whew! Looking a little haggard there Christy. Whatsa matter? Smile not working for ya anymore? People actually expect you to know what you're talking about?

Come one and come all folks- how often do the Powell River Persuader and the Blonde Bomber get together? Should be a " blast" !

All the media has sold the BC people is, snake oil. Use Baldrey's words against him, for all the good it will do.

We have caught the BC Liberals thieving, lying, corruption and cheating to win. Which has got the BC people, where? The media can now afford to be nice to the people, everything of value in BC is gone. Where were they, when we really could have used their help? I heard Baldrey on TV enough times to know, he is an underhanded Liberal skunk. And, I shouldn't offend the skunks.

All I've got to say is "Where did you get the "before" picture Grant? It's priceless.

Thanks Cam....Yes indeed, can anyone say Dr. Botox and fountain of youth distillers, that picture explains her divorce..

Even the "Face" of the BC Liberals is a fake plastic fraud.

So now we are all Baldrey fans? Not me thanks.
Don

Christy's face does look like a, thousand miles of bad road.

Christy trying to force the HST onto the citizens, is exactly what Campbell, Hansen and the BC Liberals did before. No matter how much Christy and her BC ministers lie and say, the HST is good for us. The BC people still say, it isn't good for us.

We knew Campbell and Hansen lied, when they said, the HST would bring jobs and saved money. The exact opposite has happened, as we said it would. Campbell. Hansen and Harper forced it on the BC citizens anyway. Now, the citizens are accused of blowing a hole in the budget. This is not the fault of the BC people. Christy can duke it out with, Campbell, Hansen and Harper. They are the guilty, who used force. Seize their assets, to pay back their lies and extortion.

Looking for some help....If anyone has been called/polled by the fine folks at the Smart Tax Alliance to get your 'opinion' about the HST can you head on over to my place for a minute or two and let me know if I've got their 'script' right?

@Don...I don`t what you are reading, there is no praise for Baldrey, he`s a stooge..

If you remember a couple of posts ago, the one about Christy Clark not using Gordon Campbell`s name, ...

Perhaps you remember this...

I think the answer is staring in you in the face.