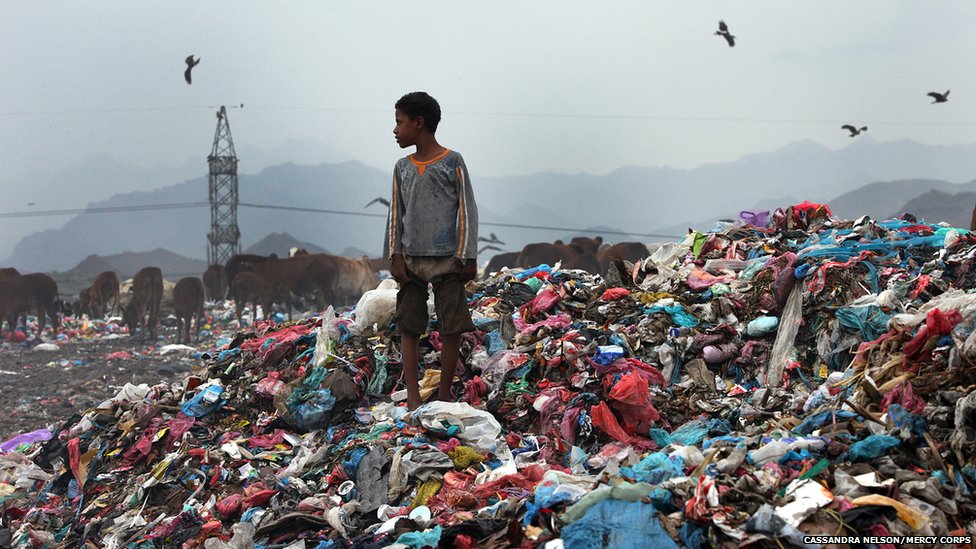 
Hanna Arendt describes a peculiar dynamic of mob mentality in her classic The Origins Of Totalitarianism that resonates with the world today.


She explains that “one could make people believe the most fantastic statements one day, and trust that if the next day they were given irrefutable proof of their falsehood, they would take refuge in cynicism; instead of deserting the leaders who had lied to them, they would protest that they had known all along that the statement was a lie and would admire their leaders for their superior tactical cleverness.”


This seemingly cyclical assumption is enslaving us today, and our inability to extract ourselves from its oppressive chains, and desert out “leaders”, is enabling some of the most heinous crimes committed by humanity.


Even worse, the act of manufacturing and perpetuating lies is now being entrenched in legislation.  Susanne Posel explains in  "How the NDAA Allows US Government To Use Propaganda Against Americans" : “ The US government has unbound the legal regulations against using propaganda against foreign audiences and American citizens.  The intention is to sway public opinion by using television, radio, newspapers, and social media targeting the American and foreign people in controlled psy-ops.”


The seamless interface between Canadian and American media, already reinforced by concentrated media ownership, now further empowers corporate media to undemocratically advance agendas that do not align with the public interest.


This, then reinforces the necessity to question corporate media narratives, especially in matters that may impact national and international policy initiatives.


The dangers inherent in blind acceptance of corporate media narratives are illustrated by the catastrophic and on-going tragedy of the illegal invasion of Iraq.


Prior to the illegal invasion of Iraq, for example, the lie that Iraq possessed weapons of mass destruction was repeated regularly, and eventually believed by many, despite evidence to the contrary.


Interestingly, a study by two non-profit journalism groups claims that Bush and his aides made 935 false statements in the run-up to the war in Iraq.


The gullibility of the masses eventually devolved into apathetic cynicism as the truth eventually emerged and the Big Lie was exposed.  There were no weapons of mass destruction.


The lies and deceptions were a pretext for an invasion that has so far massacred about one million “excess” people, and the carnage  continues to this day.


Apparently, the masses are still caught up in the “gullible then cynical cycle” though, because the leaders have not been deserted, and the wars are continuing.


Leaders in this sense are not only the war-mongering politicians who rule through deception, but also their agencies, foremost being corporate media. Nevertheless, the “official narratives” are still believed, despite the shameless pervasiveness of  lies and deceptions


The vice-like grip of fictional narratives are also enabled by the omission, erasure or re-creation of historical context.


For example, the masses are more apt to believe the “western” narrative of events in Ukraine if they don’t already understand the historical context coups and regime changes
as regularly practiced by the U.S empire to illegally impose its will throughout the world.


The empire has installed hideous proxy regimes throughout the world for decades, so that it can control and enslave peoples and economies, even as it hides its barbarism beneath the false banners of “freedom” and “democracy”.


Beneath the fiction is a military strategy of “divide and ruin” which destroys countries globally.  Currently, for example, the US and its proxies are overtly destroying Iraq, Syria, and Libya. Additionally, they are internally poisoning Honduras, not only through its orchestration the illegal 2009 coup, but also with its continued support for subsequent criminal dictatorships.


Given this history, why would people believe the official narrative about the Ukraine?  Only the cycle of gullibility followed by cynicism can explain it.  The very credible narrative that an illegal, western orchestrated coup installed a neo-nazi infiltrated regime that is dividing and ruining Ukraine is rejected despite historical context and alternate media narratives.  Once the truth emerges and is widely accepted, however, the masses will once again take refuge in cynicism, and the cycle will repeats itself ad nauseum.


This toxic dynamic reinforces the importance of questioning official narratives, now more than ever, for the sake of justice and humanity.  The search for truth, and the refusal to blindly accept official narratives, will help us to discover the “news behind the news” and the “money behind the lies” as first steps in paying respect and tribute to victims, at home and abroad.

Absolutely true. One only has to subscribe to blogs such as yours and others to find the real news. Once you have though you will never believe the lies on MSM. Keep up the good work.

While adjusting my optical storm windows, I thought I read: ..."hideous two-part epoxy regimes", and the source of metaphor cascade splashed out things like the accomplishment of dichotomy, the accidents of too much resin or too much hardener, durability versus expediting...when I suddenly realized I should have read, "hideous proxy machines". That's serendipity for you: serial di-polity.

I absolutely cannot fathom why anyone still believes the corrupt corporate mainstream media.