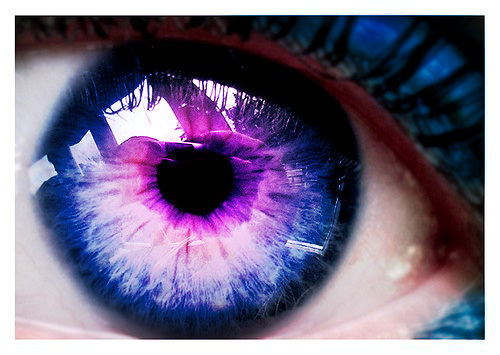 For the Canadians increasingly convinced that all conventional politicians are betraying Canadian democracy, the death of James Michael Flaherty underscores their position.  The response to his death by federal (and other) parliamentarians and politicians says it all. The praise of a major actor in the betrayal and deception of Canada and of all Canadians reaches across the parties in the House of Commons (and across the country) without interruption.


Let us not confuse respect for the dead with blindness to history.  The party and government to which James Michael Flaherty belonged is one which eats at the freedoms of Canadians, destroys confidence in elected politicians, attacks the democratic electoral process, habitually misrepresents its actions as a government, and takes mean-mindedness and attacks upon the innocent to an historically high level.


Any and all politicians can say – and mean – that they send their deepest sympathy to the family of James Michael Flaherty.  After that, in the interest and service of Canadians, they must add that the government which he served faithfully is one of the most destructive governments in Canadian history and that he was a faithful partisan in the destruction of Canadian democracy.


In failing to do that all politicians in the House of Commons and in Canada are making absolutely clear that they have joined the forces intending to destroy fairness and justice in Canada and to create a new kind of government in the country, one that is fairly described as a fascist government – one which serves private corporations (globally) before the Canadian people, which uses deception and falsehood to achieve illegitimate ends, and which, finally, will use police and military power to subdue a dissenting population.


James Michael Flaherty, as Canadian finance minister, used and permitted the use of his federal budgets to hide vicious and unfair attacks upon people and institutions providing necessary information and services to Canadians. He permitted, in so-called budget implementation legislation, hidden moves to curtail, to weaken, to undermine, and to destroy the democratic freedoms of Canadians.  He never spoke or acted against Conservative election fraud that was  repeated during his time in power (and so, tacitly, he participated in it).


He undertook politically motivated and dangerous cutbacks in science, the environment, and institutions providing public information.  He provided wholesale support for vicious and destructive initiatives like vengeful and oppressive prison laws, laws to destroy information Canadians need to make responsible public choices, laws to protect and support the richest and most oppressive forces in the society, and laws to humiliate and persecute Canadian veterans.

He stood behind the moves to destroy Canada’s universal medicare system and its other public service institutions like the Post Office and the CBC.  He gave his assent to untiring attacks on labour unionism in Canada. He stood firmly behind poisonous anti-democratic electoral laws being bludgeoned through the House of Commons.  He helped to shape subsidies, subventions, and laws (and failure to make laws) which assist polluters, especially in the environmentally hazardous Tar Sands and Fracking operations.


James Michael Flaherty was a major mainstay of the move by the present Conservative government, led by Stephen Harper, to build a permanent, unreplaceable, fascist government in Canada.


Any Canadian – whomsoever – especially any Canadian politician who approves of, assents to, fails to rail (and act) against, or who takes part in the tasteless, expensive, repugnant, “bread and circuses”, fascist state funeral for James Michael Flaherty is condemning himself or herself to....
A place in history as a person who condoned and supported the move in Canada to the destruction of democracy and to the end of justice, fairness, and freedom for Canadians.

That was your choice. You had it. You still have it.

How is that not a democracy?

Here is your allotted lifetime share of democracy .
One small pencil , 5 seconds ,

Every 2000 days or so use an X to signify your choice for the lesser evil .

How many people who voted for Harper, were in favour of the outright lies and deceipt of Harper? Who voted for the push to end the CBC, Medicare, Canada Post, or the muzzling of science?
Who voted for election dirty tricks, such as Robo-calls etc.?

@Anonymous more people voted NOT conservative then voted conservative and we have a conservative government democracy is broken. Across all parties they have far more in common with each other then they do for any of us the article above is through and through fact though fall short of pointing out that this was his character from when he was making his living off others misery as an injury lawyer and when he was part of the equally destructive Harris government. Countless people have died because of his parties politics

A truly evil monster who aided Harper and his cons in the destruction of Canada. There is a special place in hell for this rat.

Seems like we have a complete House of Rats and always have had as seen going back as far as the likes of Hedy Fry, Libby Davies and all those hugging, kissing and crying rats when a monster died.

notice that the Reform party was merged into the C party , not really a good idea, perhaps. I do notice the abuse of the smile as a tactic to deflect all opposition to the ideology of the C party. Of course the first past the post results in this happening. th e appeal to special interest groups of a small percentage when several are added up lets a minority get power, The c party is a minority, I hope. Never ever vote in favor of this party.