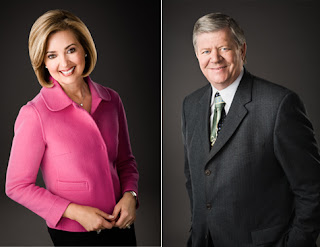 
Bill Good phone-in callers are being staged, partisan callers who hate the NDP, BC Liberal operatives are being put through while NDP supporters and those critical of the BC Liberals are being screened out..

I`m not too sure that Bill Good is aware of it, the woman answering the phones on his show is a new voice, either Bill Good is fully aware or cknw brass have planted a BC Liberal operative on his show to screen callers..

a caller named Patrick Rossman called Adrian Dix vicious names, he called him a crook, his tone was vitriolic..

On Friday`s cutting ledge show the NEW woman who answers the phone, refused to let me on air, my call was dumped, I wanted to talk Rich.Coleman..

The same woman was answering the phones for Sean Leslie this weekend past, both Saturday and Sunday my call just lingered, Sean Leslie wasn`t even told I was on the line with questions or comments..

On Friday past, while I was waiting to speak on the cutting edge of the ledge show, my line went dead..I immediately called back in, a different person answered, a male voice, he said I wasn`t allowed to call in..

Let me be clear, I am a long-time caller who has spoken hundreds of times on air over the last 10 years..

I was banned before by cknw, that was on the lead-up to the 2009 BC Provincial election, now they have done it again, on the lead up to the 2013 election.....

Because I destroy the BC Liberals on air with hard-core, straight-to-the-point, hard hitting critical facts..

The SAME PATRICK ROSSMAN WAS ALLOWED TO ATTACK ADRIAN DIX ON AIR, ALSO A REGULAR BC LIBERAL OPERATIVE WAS ALLOWED THROUGH AS WELL, VICIOUS ANGRY BC LIBERALS..

All while my calls are not refused per say, they merely let my call die with the end of the segment..

Either Billy Good is aware and this is a set strategy(That`s what I believe) or Billy Good is being duped by the woman phone-answerer, a BC Liberal operative, a plant, and or a tactic being employed by the brass at cknw ..Either way, it`s disgusting, non-professional and very partisan, and..

After what Patrick Rossman said on-air, Friday January 25th at 8:55 AM(roughly)....He should never been allowed back on air, but he was..

At almost to the minute, the same time this Monday morning...8:55 am(roughly) Patrick Rossman was again put on air to attack..

The same Patrick Rossman with the same bile vicious attack on Adrian Dix, I kid you not...

Simi had Mike a caller about ads, he was the same person who has called in before about attack ads. I e-mailed Simi that its like he reads from a script, Since when is the attack ad informative about what happened with the fast ferries, Dix and overruns on the Island highway. BS Daily on her open line him or the one women get through. Like the guy who says user fees don't make up cuts in income tax.

That Patrick guy should have been cut off by Bill Good, no question.
Adrian handled it best he could and came out on the high-road. Can't wait to see Adrian and Clark debate.

what do you expect? fairness, open dialogue. If you do, find another radio station. These people are all about shrilling for the lieberals and their friend. They are getting desperate. Should the lieberals loose the election there may be a few inquiries. Those inquiries may lead to some jail time for the friends of the radio station. If nothing else the radio station's friends are going to find things have changed, with a new government. The coffers will be closed to them. They might hve to go back to work, yes actual work. My suggestion is don't waste time trying to speak to on these shows, they won't let you on. They are one long ad for the lieberals. Better to continue to write blogs, letters to the editor of local papers and buy advertising in papers and post your own ad about your opinions.