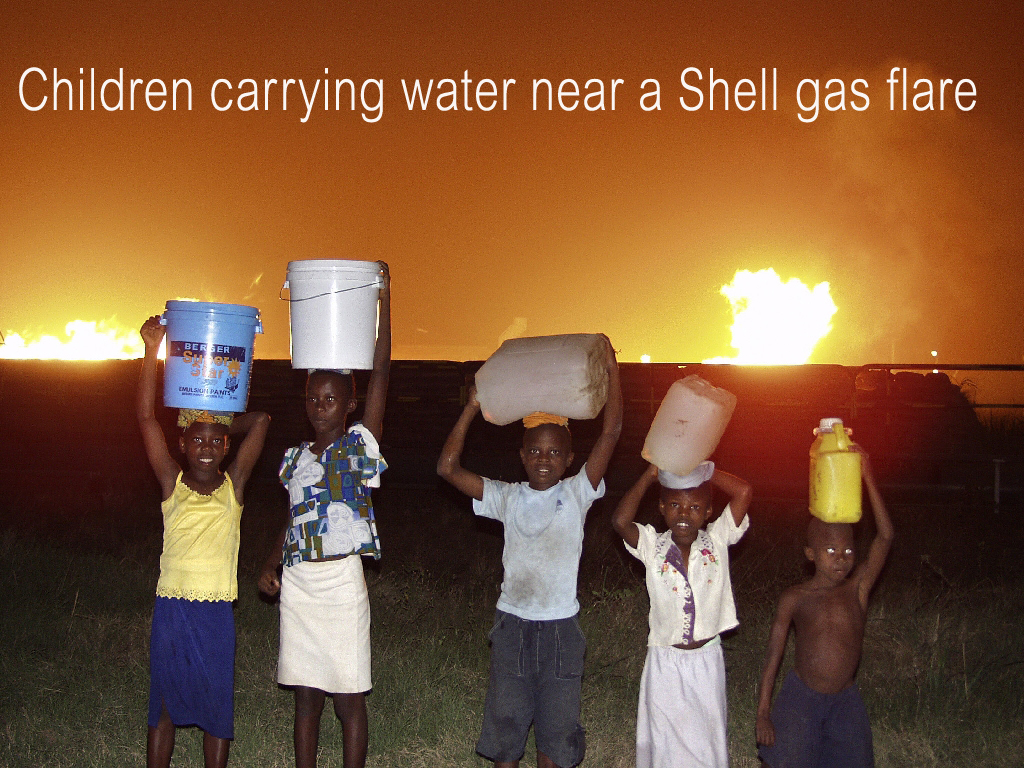 I nominate Marc Jaccard for the :Not fit to teach students anything award:

Lets have a little chat about Marc Jaccard, Gordon (the compulsive liar) Campbell has Marc Jaccard in his back pocket, every time Campbell wanted to show off his green credentials out he marched the great flim flam man Marc Jaccard, how this man is allowed to teach impressionable kids is beyond me, he is nothing more than a paid political hack hiding behind his degrees, I of course have no degrees,honours or education as far as that goes, anyways, I wonder how Jaccard can sleep at night....The man promoted gas flaring before our last election.

But lets go back a little further shall we, back when Gordon Campbell was spending tens of millions of dollars of taxpayer money advertising how great his revenue neutral carbon was going to be....In one of the first ads the BC Government ran about the carbon tax, the ad made the false claim "BCs carbon tax is the equivalent of taking 400.000 cars of the road each year" ....What a ridiculous claim, we have had the tax for 18 months so theoretically the carbon tax should have reduced the emissions of BC by the emissions of 600.000 cars, of course the government pulled that ad after two weeks(knowing it was false) but they never made a formal retraction. On CKNW and our local news Marc Jaccard made many appearances telling the upset public how great the carbon is going to be and how it will lower our emissions,he claimed it was the most effective way to reduce emissions. I of course along with every other BCer with a brain knew different...But no one cheered louder about Campbell`s carbon tax than Marc Jaccard.

And today, Kootcoot has a great post over at the :House of Infamy: and Michael Smyth had a good read about the latest release from stats Canada, here in BC we are the only province whose emission went up not down,what happened Jaccard, where`s the beef? Now lets get one thing straight,the other provinces reduced emissions not through carbon taxes or carbon sequestration but because of idle industry and lay-offs, and also I find it very suspicious that the stats Canada report about BCs runaway emissions was released a week after Tzeporah Berman and Pembina presented Gordon Campbell the "Climate Action Award" in Copenhagen and the summit was over.....I wonder how proud those losers are after hearing how our emissions have spiked, obviously Tzeporah Berman and Pembina don`t really care, after all they were both rewarded with appointments to Gordon Campbell "Green resource development team" (read Kootcoot`s article here) http://www.houseofinfamy.blogspot.com/2009/12/saving-planet-with-from-kermit-campbull.html

Imagine that, Gordon Campbell hoodwinks the world in Copenhagen,his people HE appointed to his green panel gave him an award for causing a spike in greenhouse gasses in BC, my god,is that sick and twisted, welcome to BC Liberal Bizzarro world.(read the Michael Smyth article here) http://www.theprovince.com/technology/Greenhouse+gases+spewing+green/2369550/story.html

So what does this have to do with Marc Jaccard, simple, Marc Jaccrd despite supporting the carbon tax admitted that unless 75Cents or more was added to the price of each litre of fuel the results would be minimal at best, well well well, and Marc Jaccard went to university to learn that,hmm...Put the price of car fuel at 8.00$ per gallon and people will drive less,really,wow,what a brain surgeon,of course Marc Jaccard knew that Gordon Campbell was only going to raise the carbon tax to 7 cents a litre by 2012 so in fact Marc Jaccard knew in his heart that the tax was virtually useless,although,he did defend it staunchly in a Tyee article, in the article Jaccard claimed that even with a small carbon tax we would see results,that has been proven to be false, even I knew the tax would do nothing but punish consumers, 90% of the province has no choice but to drive,there`s no transit,none available even here on the sunshine coast where I live. (read the Tyee article here) http://thetyee.ca/News/2008/03/07/JaccardAnswers/

But friends what Marc Jaccard the phony did pre-election(last April/2009) was much more sinister, here is exactly what that political conman did...The NDP launched their election platform and laid out their plan for action on the climate(the plan had no consumer carbon tax)...The NDP in their battle to reduce emissions laid out in their election platform that they were going to force the big gas companies(like Ecana Gas) to either sequester their carbon, put their emissions from gas flaring in pipes and or face a penalty and have to pay royalties on the gas they flare, I personally loved the idea because the citizens in most of BC have no choice but to drive to work and heat their homes and as you know, Ecana gas was making billions in profit every year, even in this year in the so-called recession Ecana gas in the third quarter made 775 million from operations ...and that was down from the 1.44 billion Ecana gas made in the third quarter last year.(read about Ecana profits here) http://www.rttnews.com/ArticleView.aspx?Id=1127408

So why was that last part important, here`s the deal, 3 days after the NDP came out with their climate action plan the Great Phony Marc Jaccard came out with a so-called intensive paper claiming that the NDP plan to go after the gas flarers would be ineffective and cost 60.000 jobs, in this so-called paper which he claimed was well studied and analyzed, and again it was just a coincidence that this "paper" with all this research and study came out just days after the NDP election platform..Hmmm...And you know that Bill Good had on Jaccard right before the election and the Vancouver sun and Province ran the Jaccard paper on their front pages with a headline that read something like : NDP climate plan to cost 60.000 jobs:......Yet I did read Marc (phony)Jaccard`s paper and....For a professor at SFU to write a paper about charging for gas flaring and or sequestration well...Every second line in this "Paper" was the word NDP this and NDP that and NDP and NDP and more NDP...It wasn`t a professional piece it was a political hatchet job disguised as credible work from a professor....Jaccard can rot in hell and god help anyone he`s ever taught! (read Marc Jaccards commercial for Gordon Campbell here) http://www.sfu.ca/pamr/files/spring2009/BC_NDP_Climate_Policy_Apr_10-2009.pdf

So anyways, the report from stats Canada states that gas flaring in BC by highly profitable gas drilling companies are causing BCs emission to skyrocket and my friends it gets worse, because there was another article one of my faithful readers sent me about what is being proposed in the Horn river basin in northeast BC....Here`s the deal, Ecana gas wants to build a massive gas plant, called the "cabin gas plant" in traditional Dene territory, the original plan for this plant included major sequestration as part of it`s operations but now that Copenhagen is over,the election in BC has passed Ecana gas now states "It`s too expensive to build in sequestration"......Imagine that, ecana gas who is making billions and billions every year, Ecana gas that now will pay no PST or GST because of Campbell`s HST corporate giveaway tax break,taxes that the public will now pay claim they can`t afford sequestration,.....I wonder how Tzeporah Berman and Pembina and Marc Jaccard feel, I wonder whose bedroom Gordon Campbell has hung his award,I wonder how many Gordallions are hanging beside it?

And the article my readers sent me was written be the leader of the Dene ....and there are some great quotes from this must read article...including...."The environmental assessment agency has said this project will have detrimental effects on the area"...and...."The last time an assessment was given this type of review the project was cancelled" that project being the Kemess mine....and this quote..."The Ecana Cabin gas plant will will be BCs biggest single point emitter releasing 2.2 million tonnes of greenhouse gasses and other toxins every year"...."The equivalent of the emissions of 450,000 cars on the road" and this quote "This single project will increase BCs total emissions by 3.3% alone" and this....."We have a 100 year old treaty but nowhere in the treaty are we guaranteed clean air" (Please read this story here, I give it a 5 ***** rating) http://www.vancouversun.com/technology/Premier+climate+change+hypocrisy+could+doom+first+nation+life/2369666/story.html

The biggest phony professor and political hack award for spinning,obfuscating and promoting climate harm and air quality destruction all in the name of personal promotion and money!
The Straight Goods
Cheers-Eyes Wide Open
Posted by Grant G at 6:58 PM

I heard Jaccard on Christy Clark's show a couple of days ago, and she referred to him as an environmental economist, whatever that is. Does that mean he is qualified to count pine beetles and project whether their population will go up or down, or how many pine beetles it takes to kill a tree? Or is he just another talking head employed by our provincial government to spew their bafflegab under the guise that he is an expert in the fields of both climate change and its economic impact?

It matters not what his title as it is obvious that common sense was not required to get his degree. If a company such Encana is burning off tons of gas with no penalty, then his credentials and opinions are about as credible as mine are on nuclear fission.

It is so sad to see the mainstream media allow charlatans such as Jaccard, Berman, Suzuki and others the exposure they crave, or are being paid to cloud the many environmental issues this planet, and specially BC are facing. It is bad enough that we have to listen to our politicians lie to us whenever possible, but when the so-called knowledgeable environmentalists stoop to the same level of honesty then any good work they may have done in the past means nothing, and anything they say in the future must be taken as nothing more than skepticism.

The Better Business Bureau is always warning us about the many scams from foreign countries such as Nigeria, but maybe it is time they started to warn the public of our own homegrown con jobs.

Merry Christmas Grant and to those that follow your site, and may the new year bring a better place for all of us to reside in.

Jaccard is a Liberal shill, always has been, but he gained much flavour with his gas/RAV carbon tax which isn't a carbon tax at all.

Jaccard is one of the great 'tax' economists in BC, where he cleverly creates new taxes and gives them politically correct names. By doing so he becomes very attractive to tax and 'spend politicians' politicians such as Campbell.

Two words that I have come to despise and associate to NAZI style Fascists is "Economist", and "Expert", as both have now become terms to describe people what they are not.

With Campbell & Co., BC has descended to a new level of sleaze and corruption and the chief elevator operators are Berman, Suzuki, and Jaccard.

For 40 pieces of silver Jaccard sold-out on his Damascus-like conversion to El Gordo.


The CBC (national) has now stooped even lower by having Jaccard, Berman and another sell-out (didn’t catch his name, but from the same origination) tell Canadians

what their thoughts were on the global warming meeting last week.


Harper’s new CBC seems to like Campbell’s new Press-Media-PAB-bought-off-tell me what you want me to say communications strategy.