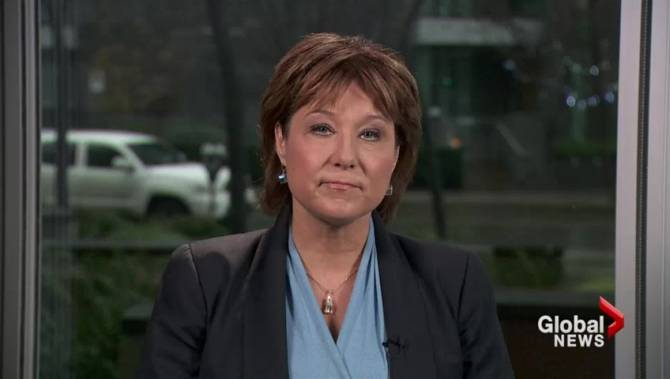 As reported almost exclusively here at The Straight Goods, Japan, the country Christy Clark claimed was going to buy all the LNG B.C. produce and make us filthy rich....The dream(fantasy) has died..

Now add in Donald Trump.....Shinzo Abe, the Prime Minister of Japan is set to meet with Donald Trump....Japan, which at present has contracted too much longterm LNG....Shinzo Abe is wanting to appease Donald Trump, especially when it comes to trade deficits, USA buys far more products from Japan than Japan buys from USA....Donald Trump has been raging at Japan over this present predicament....Shinzo Abe has stated that Japan is prepared to buy USA oil and gas...as in LNG..


Japan is putting together a package of plans for Japanese companies to invest in infrastructure and job-creation projects in the United States for Abe to take to the Feb. 10 meeting with Trump in Washington.


Another idea is to offer to increase liquid natural gas (LNG) imports from the United States, a source in the ruling coalition told Reuters.


Another option, if Abe determines that Trump is most concerned about the trade gap, is to increase imports of U.S. shale oil or gas on top of the investment package, according to a top executive at a major Japanese corporation who is close to Abe.


Japanese officials have been scrambling to respond to Trump's scattershot comments since he took office.


He has threatened to impose a tax on car imports from Mexico, criticised Japan's trade gap with the United States and most recently accused Japan, along with China and Germany, of devaluing their currencies to the detriment of U.S. companies.


"(Abe) wants to know what's the most important thing for Trump," said the executive, who declined to be identified.


"If it is the trade surplus that Trump cares the most about, for instance, then we could come up with a few possible solutions," including importing more U.S. shale oil or gas.


Abe's approach toward Trump would be "not accommodating, not opposing", he said.


Utilities would be resistant to buying more U.S. shale gas because they have already committed to buying large amounts and Japan's demand for energy is falling, an executive at a Japanese gas importer told Reuters on condition of anonymity.


Prices for LNG in Asia have fallen by almost a fifth this year amid a supply glut.


Japan is the world's biggest buyer of the gas cooled to liquid form for transport on ships and takes in nearly a third of global shipments.
Once seen as a panacea for Japan's energy crisis after the Fukushima nuclear disaster in 2011 led to the shutdown of most reactors in the country, U.S. shale gas is now just one of many options for Japan to meet its needs.
Japan took in its first shipment of shale gas in liquid form this month and more shipments are likely to come as more export terminals start shipments this year and next.

The Yomiuri newspaper said on Thursday Abe's growth and jobs initiative would include a plan for Japan and the United States to jointly develop a $450 billion "infrastructure market", into which the Japanese government and companies would invest $150 billion over 10 years.

http://in.reuters.com/article/usa-trump-japan-lng-idINKBN15H21S
_______________
Here me clearly Christy Clark, listen up Rich Coleman...Here are the facts..There is a worldwide glut of LNG going out to 2030...Japan's LNG use is in freefall, their electrical demand is in perpetual decline...Japan already has too much LNG and now..

And now Japan, to appease the USA is prepared to buy up American LNG being produced in the Gulf Coast....need more..Alaska is pushing to develop and build a mammoth LNG terminal...Alaska LNG, like British Columbian LNG proposals have failed to secure LNG buying customers at a price that would bring profits..
It is my opinion that this latest initiative between Japan and America has put the final nail in BC's LNG coffin...

And that is good news for the Skeena River, good news for BC wild salmon..
Petronas is out....Their corporate website hasn't mentioned British Columbia in 1/2 a year..
Petronas is not going to expend any money on Pacific Northwest LNG when they haven't secured LNG buying customers...and considering Japan was the customer Petronas and British Columbia was trying to woo..
The time is now Christy Clark....you made outlandish over-the-top election promises to the people in BC's northeast, ..promises to BC's coastal communities, ..people invested money, the voters were promised untold wealth, now comes the time to pay the piper..
You Christy Clark and Rich Coleman need to come clean with British Columbia citizens and tell the truth, admit that your LNG fantasy has come to a grinding halt, and for the foreseeable  future, at least 15 years nothing is going to happen on the LNG front..
And no, India is not going to be a market for over-priced BC greenfield LNG...India will only buy cheap LNG, which the world is awash in..

Is it all all about pay to play tax breaks.?
buy BC lng company ipp hydro at 16 per kwh and sell back at edrive rate at 1/3 cost?

More great work. This is a very important story, indeed.

i Can confirm that Abe and the rest of Japan's ruling class are absolutely desperate to appease Trump in any way they can. If they say that they're going to buy LNG from the US, then it's a done-deal.

Abe will be in Washington next Friday and this offer (amongst others) will surely be put on the table to keep Trump happy at that time.

The bottom line for the people of BC is that BCLNG is not going to happen for a good long while (if ever); and you have been right this epic fail all along.

Now we've just got to get that so-called premier and gassy coleman to own this fiasco; so that the people can make the right choice come May.

It's time for the media corp($)e to wake up and do their jobs before the BCGrifters bankrupt the place. You read me, Palmer, Baldrey, Leyne, Smyth, et al., get to work and start telling the public the facts about BCLNG. Grant's done your jobs for you--just get the truth out there!

They refuse to pop the BC Liberal LNG balloon...you know, all those taxpayer dollars flooding the media airwaves with BC Guv partisan advertising..

As for Shinzo Abe and Japan buying American LNG...done deal, ...a win win for Japan..appease Trump and get cheaper(in price) USA LNG for Japanese utilities..

BC LNG was already on the ropes, now BC LNG is KO'd, laying flat on its back as Trump counts to 10..

Thanks again Grant for your tireless work and message. I've heard so little about LNG lately that I figured Gordy "Flip" Wilson had miraculously pulled a rabbit out of the bag and Chrispy's dream had come true. Sadly (for our economy) as you point out, nothing could be further from the truth!
Why doesn't she come clean, say circumstances have changed and I fooked up? She might gain a little credibility. However, she needs to gain a lot in order to get myvote.
But I started to say, "only 4 comments"? Where are the rest of the voters/taxpayers? There should be a lot of irate people out there!

Thanks John Aghast....comments don't mean too much..Most of my LNG posts get thousands of views.

What is important is WHO is reading my stuff...industry insiders, media, media pundits, BC Political watchers and politicians on all sides of the equation..

BC Liberals have gone quiet on LNG because the LNG industry has quietly gone silent on British Columbia..

BC NDP is worried about....NDP are worried that if they bash Christy Clark over failed LNG whopper lies and suddenly the industry turns around and FIDs come they will look foolish..

There will be no big LNG build in B.C. for at least 10(build start) years(exporting in 15 years)...that is if, and only if the world glut for LNG/gas has ended and cheaper extraction jurisdictions(third world) run out of export gas, and I don't see that happening..

The Trump factor....BC LNG was kaput before Trump and now?