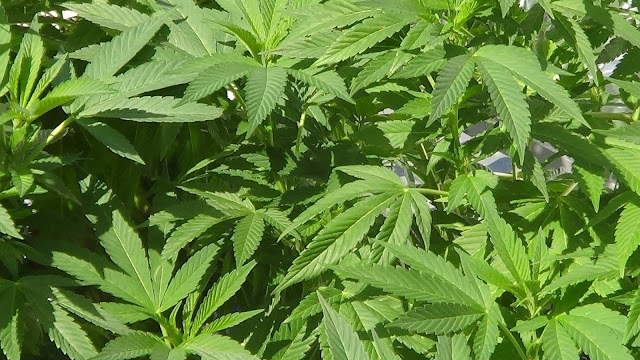 Anthony Hall writes about “ballot-box colonialism”, “imperial globalization” and its “licence for lawlessness” – as well as the present “terror economy” - in Earth Into Property  (McGill-Queen’s, 2011). Hall focuses attention on the relentless and brutal shapes of U.S. imperialism growing since 1492 and now expressed in almost every form of international finance, banking, trade organization, military initiative, and almost every cultural and informational/technological process seemingly ‘independent’ of imperial influence.


In a compelling Book of (satanic) Revelations Hall points to an obvious fact – almost completely obscured from our view.  In the taking of millions of Black slaves, in the planned extermination of the native peoples of the U.S.A., in the complex and violent suppression globally of socialist policies and socialist governments over nearly a hundred years – and, now, in the desiccation of organized society in the Middle East as part of ‘fossil fuel imperialism’, the U.S. has been and is – it claims – fulfilling Christian values, serving the Christian God.  In the face, now, (in an endlessly repeated propaganda script) of the savage, uncivilized, terrorist Muslim Hordes determined to drown the West, to erase Christians and the Christian faith … the U.S.A. is – once again – claiming to be the champion of Christian faith, belief, and sanctity, fighting “a War On Terrorism”. In God We Trust.
In the U.S. ‘Declaration of Independence’ of 1776, the native peoples having their land wrested from them by stealth and violence – and having their communities erased before their eyes – are described as “the merciless Indian Savages, whose known rule of warfare, is undistinguished destruction of all ages, sexes, and conditions”.  To add salt, the Declaration suggests that (evil) King George, the Third (attempting to introduce the rule of law into the killing grounds) is urging those “merciless savages” to attack the peace-loving (U.S.) settlers.


The imperial targets change.  The claim to U.S. Exceptionalism and Purity never does.  Nor does the brutality of its imperializing process.


Canada accepts, humbly, that condition, digging itself deeper and deeper into colonial powerlessness and subjection.  The recent Conservative government headed by Stephen Harper adopted the U.S. imperial program’s warlike aspects.  He flaunted a child-like aggressiveness as if to assume “leadership” in the imperial war program.  The present Liberal government led by Justin Trudeau has returned to the junior partner, cheer-leader, thoughtful-forelock-tugging servant role.  But Canadian colonialism is deepening … and the times are changing.


Elsewhere in the world U.S. imperial violence is forcing the (slow, but real) development of organized, ‘conventional’ political organizations to respond.  It is also spawning what are apparently insane explosions of random, seemingly pointless public violence involving death and destruction among innocent people, by, we are told ISIS, ISIL, etc.  That may continue [where it is not False Flag fraudulence] … and it may ‘mature’.
If it ‘matures’, the practitioners of public violence in Europe (and elsewhere) will turn their attention to the top actors and top offices connected to the European Union and “international” organizations like the IMF, the World Bank, the WTO, etc.  That would be a brilliant-though-terrible tactic, for it would place the “terrorists” in silent alliance with a growing population in Europe slowly realizing that the “union” and the “internationalizing” of their communities is simply a part of the U.S. “imperial globalization” process converting Europe’s people into increasingly poorer pawns in Global Capitalism’s seizure of power.


The sad picture in Canada is of a smiling new government made up of boy-men and girl-women devoted to the continuing sell-out of Canada and Canadians.   The sell-out is being disguised by using the very limited colonial powers the government possesses to spend and go into debt, placing Canada in deeper hock to its imperial masters – U.S. controlled Global Capitalism.

The irony couldn’t be more galling than in the “grandest” initiative of the new government – its dedication to huge deficit spending “to get Canada moving again”.  Of its failures of policy on the TPP, Syria, NAFTA, Israel, internal taxation, the erasure of huge Tax Haven operations, Canadian offshore mining brutalities and homeland shenanigans, fudgingly slow environmental oversight and regulation, and the almost total absence of oversight of foreign-based corporations in Canada … the worst failure may be its complete collapse and sell-out in relation to the role of the Bank of Canada as a credit servant for almost interest-free central spending in the Canadian economy.  Especially since government intends huge infrastructure spending where the role of the Bank of Canada could be key … and liberating.


That story appears to involve not only the open cowardice of the present Canadian cabinet but - as hard to believe as it may be – a strange and  dangerous use of the Federal Court of Canada as a political instrument (abandoning its judicial role)... to secure Liberal colonial banking policy. That amazing story will be the first in the “Sleazy Sell-Out” series about Liberal government policy … to come next.

Apparently people can now be arrested without charge, contrary to Sec 9 of the Canadian Charter of Rights:

"Mohamed was arrested Friday in Waterloo, Ont., under a recent law that essentially allows detention without charge."

This should come as no surprise to anyone. But what can you do against a Selfie King.

Canada and BC are now being run by a cadre of grifters, con men/women, sleaze artists and criminals. Government is no longer an honourable profession, rather it now has become a vehicle to make ones friends rich.

There is no more debate; no more public input, rather it is a dictatorship of the elites - democracy has ceased.

We live in a newer kinder fascism, where the class system has been revives, with the poor and unfortunate forced to live a "hand to mouth" existence.

The mainstream media have now become an Orwellian propaganda machine, spewing out lies and deceit in a "newspeak", where medical emergancies on skytrain are really suicides; rape is nothing more than an assault; and corrupt politicians are nation builders.

Now we find that the rich and powerful hide their income off shore, yet the elites who do this are assured the government will not intervene.

A full blown drug war is on going in surrey, yet the government do very little, simply because the political backers, those who spend $10K; $15K or even $25K for audiences with the premier are also the financiers of the drug trade.

Law, rights, sorry gone, we are now in an age of the great swindle and I'm afraid we have lost before we even understood that we were losing.