What are your priorities Gordon Campbell? 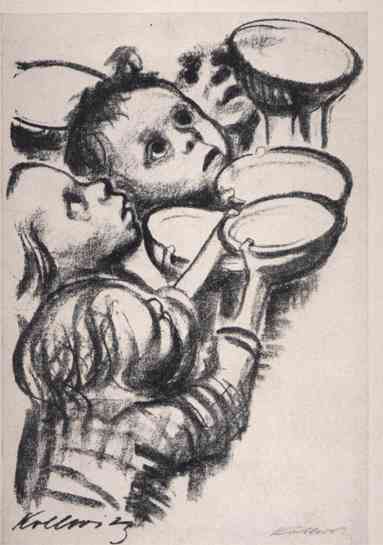 
I have to admit that I thought the Campbell Liberals couldn`t stoop any lower,boy was I wrong,you haven`t seen anything yet. I would like to highlight a few jaw droppers.

Margaret MacDiarmid, the new minister of education and a doctor by training,I wouldn`t want her as my doctor, seems she has abandoned the hippocratic oath and taken a blood oath to become a Campbell disciple.Here we are as a province holding the winter olympics,promoting sports,own the podium and what does Campbell do,cut off a 200.000.00$ in funding for school sports programs,and how does DR. Margaret(strangelove)MacDiarmid education minister respond,she suggest that kids can dance,walk and play in the park, very interesting except for one thing, who wants their young children walking on the streets,in parks when they are all full of drug dealers and gang violence. I just read a story tonight in the Vancouver Sun tonight about Magaret MacDiarmid,and it just shocked me,I urge all of you to read it and look at the picture of her,.......Here is the jist of the story---A few school boards want to borrow money from outside sources to get by because their broke,Magaret MacDiarmid says they can`t borrow money,it`s against provincial law to run a deficit,and it might affect the province`s credit rating,Magaret MacDiarmid suggests closing schools laying off staff and selling assets! Here is the link,it`s a great read,have a look then come back. http://www.vancouversun.com/news/Education+minister+rules+school+district+deficit+despite+shortfalls+across/1981378/story.html


Your not capable of anything Margaret MacDiarmid,your days as a politician are over before they started,you make me miss Shirley Bond,now that`s saying something.


Last week Rich Coleman was trying to explain all the cuts to funding grants for community groups,Rich Coleman was trying to explain how the government has priorities,the government wanted to make sure that kids had the necessities of life,Coleman went on to say that feeding hungry kids was more important than funding arts or community groups.....Hmmm interesting.

And boy was I shocked this week to find out that the lunch program for needy kids was cut,you got to be kidding right? Nope, so it appears that Coleman spoke prematurely before checking with Premier Gordon (deranged)Campbell,how does it feel Rich Coleman? What will it take for you to speak up? But it makes perfect sense,cut the lunch program for hungry kids and cut funding for school sports,Campbell wouldn`t want kids running around getting hungry only to find an empty lunch box! I`m waiting Dr. margaret(strangelove)Mcdiarmid, what does your medical expertise suggest you tell hungry kids,don`t burn energy,conserve?


You ministers have been infected with Campbell fever,symptoms include assaulting the poor,children,and you know you have it bad when more severe symptoms show up,these include saying "boo hoo" when your stuck in traffic because someone is committing suicide on a bridge and is holding you up in traffic,the most severe symptom is putting your foot in your mouth after every press conference.


And how about the other little story,social services in BC are now denying welfare to anyone who has a warrant or charge against them in any province,well before you jump on me let me explain,your a down and outer,you owe fines in Ontario,or you have marijuana charge against your out of luck,but here is the rub, the other provinces won`t fly you back,BC won`t send them back,nope,these people are told to get lost, well guess who will be hitting the streets as a hooker,thief,drug dealer,it`s failed thinking.


But meanwhile there was another announcement today,not the sports funding cuts,not the lunch program being cancelled, apparently Gordon Campbell has come up 500.000.00$ in funding for schools to get the students into the olympic spirit,this money is to help put the olympic theme into the curriculum, so let me see if I got this right,no funding for sports,no money for lunches for poor kids but a half million$$$ to get lethargic hungry kids to embrace the olympics,perhaps the olympic mascots for Vancouver 2010 were given the wrong names,instead of naming them....

Sumi,Quatchi and Miga, they should of been named ( Sue me---Squalor--and Meager )

Now it`s not like this should shock anyone in BC...since 2001 Campbell has put more people on the street,we lead Canada in homeless and for 6 straight years BC has the worst child poverty in Canada,and we now have the lowest minimum wage in Canada.


Now it`s not like Campbell has no money to spend,because where was Gordon Campbell yesterday,where else,at the Vancouver convention center for a photo-op and ribbon cutting,and just exactly what was being opened yesterday,well there were two items....first off there was a connecting concourse and Salish art gallery that was opened,and guess what,the budget for the concourse and the Salish art gallery was 20 million$$, it only went over budget by 19 million dollars$$$, Huh, 19 million could sure buy a lot of meals and thats like 100 times more money than the cut sports funding,but there`s more...


Also yesterday the east wing re-opened at the Convention center,the Vancouver sun called the re-opening "refurbishment"....Let me remind you of what this was,remember when the 883 million dollar $$ convention center opened (480 million over budget) shortly after it opened they had a major water leak,a whole floor got flooded,and apparently,gutted,well the cost for that little repair..."refurbishment" of a brand new 883 million dollar building was 28 million dollars....Say what,no warranty,no guarantee, I guess not,so add another 28 million to the 883 million and another 19 million for the cost over-run on the concourse....Read it here
http://www.vancouversun.com/Renovated+Vancouver+Convention+Center+ready+welcome+world/1976703/story.html

What the heck eh, another 38 million for the concourse/Salish art gallery and 28 million to repair a brand new building whats another 65 million for a 2 week party!

Now we know that Campbell and Hansen ran a fraudulent election,but lets go back to Campbell`s 2005 election campaign.

The Campbell government`s re-election in 2005 was based on a platform of achieving five great goals for a golden decade.

Let me remind you what those five great goals were.

Lets examine those goals shall we.

Thank goodness Gordon Campbell only had five great goals for a golden decade! I don`t think we could of survived anymore of Campbells great goals.

So it is my personal opinion that Gordon Campbell is completely deranged,the man has lied,broke the law,destroyed or lost government documents,wrote illegal laws,doubled our B.C. debt, the three largest deficits in B.C. history,sold assets,gave away forests and rivers,refused to raise minimum wage and now he`s whacking everyone with a huge tax hike.

Are those the actions of a sane man? What Liberal,which MLA, who wants to stand up for the people of BC?

Will it be Kevin Falcon, Rich Coleman, George Abbott, Mary Mcneil, Mary Polak, Magaret MacDiarmid, Kash Heed, is there one BC Liberal with enough class to stand up and fight for BC or are all of you going to follow Gordon Campbell over the cliff with your foot in your mouth!