Petronas is Out, Pacific NorthWest LNG In Prince Rupert Is Dead, Done, Kaput..PERIOD 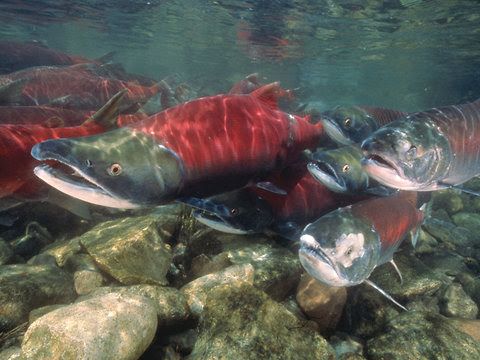 
Good morning British Columbia, and the top of the morning to all, including the pathetic Christy Clark led BC Liberal Government..

I have covered the LNG scam for the last 3-4 years, every angle, nuance and development from far and wide..

3 years ago there was LNG hype, brought on in part by the Fukushima nuclear disaster...LNG exporters jumped all over Japan and gouged the heck out of them..they nearly brought Japan to their knees, every big energy company swooped in and hovered like vultures...

Japan under pressure shut down their nuclear power...That time in history has now passed, Shinzo Abe was elected 2 years ago on a pro-nuclear stance "Abe-Economics"...Japan has restarted three reactors and 10 more are scheduled to restart this year...In other words, the Japan gravy train has left the station, leaving big LNG energy companies high n dry..

Meanwhile during the last 5 years gobs of new LNG supply have hit the market...more supply than customers..Longterm LNG contracts are being inked for $5 dollars per MMBTU`s..

That is less than half the money required by Petronas, Shell Canada and Altagas to break even...

Altagas, they had their import duties waved on their 100% foreign built floating liquefaction facility, they had an existing pipeline in Kitimat to hook up to, they had First Nation support from the Haisla...With all that Altagas couldn't secure any customers at a price anywhere near breaking even...

The cheapest of the cheap in terms of LNG production couldn't make an economic go of it...If Altagas couldn't survive as a bit player neither can Petronas..

LNG is different than oil,...oil can be stored relatively cheap, tanks can be built ...as for LNG..

With the LNG glut and China slowdown combined with Japan restarting their nuclear plants along with worldwide pressure to go green, with renewable power, solar and wind power generation dropping in price the golden age of LNG is over..(before it even started)

Exmar of Belgium said it has terminated the agreement with Pacific Exploration and Production executed in March 2012 for the deployment of the Caribbean FLNG in Colombia.

The price dropped 8.5 percent compared to $7.1 per mmBtu January, when it has already reached the lowest point since Japan’s Ministry of Economy, Trade and Industry (METI) started publishing monthly reports in March 2014.
Compared to the same month in 2015, the contract-based price dropped 13.3 percent from $7.5 per mmBtu.
According to METI’s latest report, the average price of spot-LNG imported into Japan that arrived in February stood at $6.9 per mmBtu. This was a drop of 12.7 percent compared to the $7.9 per mmBtu in January 2016.
In comparison to February 2015 when it stood at $10.7 per mmBtu, the arrival-based price dropped 35.5 percent.
Only spot LNG cargoes are taken into account in this assessments, excluding short, medium and long-term contract cargoes, as well as those linked to a particular price index.

Kaneda told Bloomberg that the reloading facility at the Sodeshi terminal is set to be completed in April, becoming the first Japanese facility to resell cargoes on a regular basis. He added that currently only Kansai Electric Power has an LNG reloading facility in Japan.
The facility has been completed in 2007 and only used to reload one cargo, the report said.
Shizuoka Gas imports about 1 million tons of LNG per year and plans to resell up to two cargoes per year to neighboring countries like China and South Korea, according to Kaneda.
He noted that smaller companies like Shizuoka Gas could cut average prices by reloading and reselling cargoes.
Japan is expected to have a 12.2 billion cubic meters of LNG surplus in 2017 with declining imports and other utilities are also interested in using Shizuoka Gas’ reloading facility to resell surplus gas.
Kaneda declined to reveal the names of interested companies, although he did add that the reloading facility would allow them to buy cheap spot cargoes and ship them elsewhere once the prices of LNG recover, the report said.

Texas-based LNG player Excelerate Energy said it reduced the size of its commercial trading and chartering team as part of a reorganization.

The reorganization, made due to the near full commitment of Excelerate’s fleet to long-term projects, resulted in the elimination of six positions, a spokeswoman at the company told LNG World News in an e-mailed statement late Monday.
However, despite reducing the size of its trading and chartering team, Excelerate will continue to be active in those areas, the spokeswoman said.

I could go on and on citing articles and reports ....But there is no point...Petronas has been playing politics with Canada and in particular with British Columbia...Michael Culbert, the head man for Petronas PNW LNG is being punted up to Progress energy, he is no longer leading Petronas's PNW LNG....Another Petronas talking whore was a man named Spencer Sproule, he was Petronas's BC spokesperson..He was also employed a few years back by Christy Clark and the BC Liberals...


These talking heads are gone, kaput.....

Where was I....ah yes, LNG produced must be sold...There is a world glut now, as in today with gobs of new supply coming online from Australia, USA and Iran, and Russia...Those companies have cut deals already to sell cheap LNG for decades to come, cut cheap LNG deals to secure market share...

"One in the hand is worth two in the bush"

However...Petronas is not going to build anything, Petronas will fling mud at Trudeau and play footsy with Christy Clark a while longer...The British Columbia LNG fantasy is dead..

Oh...One more thing...Big energy companies that lose money pay no taxes, any royalty payments would be deducted against taxes owed and we the people of Canada would not only pay the price tag for foreign built LNG facilities we would also end up paying Petronas to take our gas..

The Skeena river will be saved...Rich Coleman and Christy Clark will continue to advertise LNG riches just over the horizon...That LNG bonanza will never come, that sunrise will never be seen..

Read the below information....My condolences to the people of northern British Columbia...Don't be mad at me, be mad at Christy Clark and the BC Liberals for making such outlandish claims..


But in an interview from Kuala Lumpur, where Petronas is based, Michael Culbert, the project’s president, denied proponents have given Ottawa a March 31 ultimatum for a decision on where it can be built.....

“We are continuing to move that forward and we believe we are in the final stages to a final decision,” said Culbert, who is stepping down April 1 from the LNG leaderhip role to concentrate on the upstream end of the project.


The shareholders of the $36 billion proposed project will decide whether to go ahead after reviewing its economics and the conditions of its permit. The project is owned by Petronas, China’s Sinopec, Japan Petroleum Exploration Co., India Oil Corp. and Petroleum Brunei.....

Culbert also denied the project is laying off staff, even though a terminated employee said Tuesday some are being advised they will be out of a job....

Meanwhile, more than 130 Canadian and international scientists are urging the federal government to reject an environmental review of the project, claiming it is “scientifically flawed.”

Reported elsewhere....More words that strongly suggest Petronas is walking away...

The national oil corporation also said it would review the final report with project shareholders and evaluate conditions attached to the report to further determine their impact on overall cost structure and project schedule.

"The outcome, reviewed together with the LNG market outlook and overall project commerciality, would be used to develop the proposal for an investment decision to be considered by PNW LNG shareholders," the statement added. - Bernama

That's because opposition from First Nations, environmental groups and some area residents has focused on a concern the project will harm eelgrass beds on Flora Bank. The bank, adjacent to Lelu Island where the terminal will be built near Prince Rupert, is considered prime fish-rearing habitat, including in a federal study dating back to 1973.
The scientists said, in the letter addressed to Environment Minister Catherine McKenna and copied to Trudeau, that scientific flaws in the draft report include: not accurately characterizing the importance of Flora Bank for fish; conclusions on the lack of harm to species such as oolichan without evidence; and a disregard for studies that were not funded by the company.

"Five decades of science has repeatedly documented that this habitat is not representative of other areas along the north coast or in the greater Skeena River estuary, but rather this is exceptional nursery habitat for salmon that support commercial, recreational and First Nation fisheries from throughout the Skeena River watershed and beyond," says the letter signed by the scientists, including Moore.
The scientists who signed the letter - largely fisheries biologists and ecologists - come from across Canada and the U.S. states of Alaska, Washington, Oregon, California, Montana and North Carolina.
Several former federal and provincial scientists also signed the letter, including Otto Langer, former head of habitat for the Department of Fisheries and Oceans, as well as scientists affiliated with environmental groups. The scientists also said there had been inadequate consideration of cumulative effects, such as destruction of shoreline habitat, acid rain and accidental spills.
Also of concern is that a plan by the company to offset habitat loss by improving habitat in other areas has not been proved to be helpful and could do more damage, said the scientists.
Public comments on the draft report close March 11, after which CEAA will produce a final report.


British Columbia will a need plan B to pay off the massive debt accrued by the BC Liberal Government...Time to stop Site C dam...The power will not be needed and ratepayers have been hurt enough..

Time to start making real loud noises John Horgan...Time to get off the LNG fence