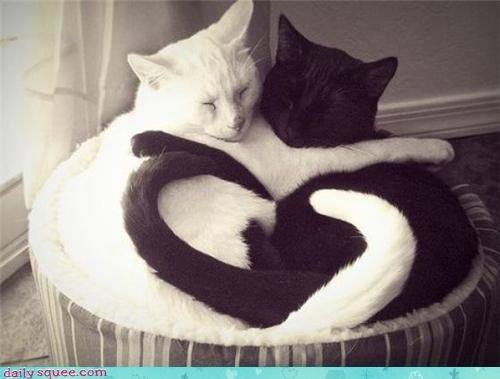 There was collusion between Russia and the Trump campaign in 2016......

Donald Trump did use the power of the US financial purse to pressure Ukraine to dig up and or manufacture dirt on the Bidens, it was proven without a doubt, it justified Trump being impeached...and impeached he was. Rudy Giuliana's mystery laptop discovered by a blind computer repairman story was a comic-book comedy and more...

It was a scheme cooked up by Donald Trump, a lame limp attempt, a failed October surprise...Trump's and Rudy's amateur scheme proved one thing......Donald Trump did pressure Ukraine to cook up a case against Joe Biden..

Party politics is what is wrong with Democracy, our side, your side participants have polluted the process and poisoned the well of so-called civilized societies.

In 2016 two despised candidates vied for the presidency, Hillary Clinton and Donald Trump...

Democrats didn't want Hillary Clinton as their candidate but party backroomers stacked the deck in her favor, that brutal miscalculation directly led to Donald Trump taking power and take power he did, Trump's power was not Republican power it was his personal power, what I mean by that is...

Everything Trump did was to advance his personal cause, not the cause of improving America and in doing so, Trump exposed a Republican party devoid of ethics and lacking a spine.

Imagine this,(we don't have to imagine, it happened in real time) ...A man is elected president of the United States of America, first thing he does is insult world leaders, he treats woman and people of colour like scurvy, he lies over 25,000 times in three years, refuses to hand over tax returns or financial information, he grifts the US taxpayer of millions of dollars, he funnels money into his pockets..

Need more...Donald Trump is/was a sexual predator....Trump robbed and stole from workers, contractors, avoided paying taxes and defaulted on $billions in loans. Trump cheated on all his wives, Trump ripped off family members and more...

Nobody with even a tenth of Trump's scandals would even be considered as a viable candidate for dog catcher let alone president of the United States.....So what happened.

PARTY POLITICS is what happened along with the distortion of the electoral college.

And i'm not saying Democrats are much better than Republicans but the bottom line is....Republicans could care less how unethical, how immoral or how unfit for office Donald Trump is, he's their candidate so they close eyes, plug their ears and deny the factual writings of Trump wrong-doing in print, visual proof in video and undisputed documented facts from watchdogs throughout government..

Republican Senators and Congressmen chose self survival, money and power over truth and justice, even today, after Donald Trump has clearly been defeated elected Republicans and party members refuse to acknowledge that fact.....Donald J Trump was soundly defeated at the polls by the mushy middle, independent non-party voters rejected Donald Trump on masse..

Donald Trump despite being a very flawed and broken human being could have won a second term if..

If he took the virus serious, if he campaigned in the 21st century rather than dwell on life in the 1950s, a time when a single wage earner could pay the bills, a time when most wives were housewives but that reality has been gone for decades, long gone is a time when single earner families thrived, today in 2020 it takes two earners to survive financially and family, as in having kids is pushed to later in life and instead of 5 children or 10 children the new norm is one, or two....or even none...indeed, the times did change for most, but not for Donald J Trump....Donald never moved past the 1950s...He was too isolated and sheltered, he was sculpted by Fred Trump, Trump's father was a racist and cheater extraordinaire and Donald Trump was his star student....The rest is history.

Just think about what Trump said over and over during the last few months of the 2020 campaign.

Those are but a small example of the poisonous utterings by Donald Trump.

Trump never surpassed 50% approval rate in 4 years as president and ...

And over the last 6 months Trump deliberately laid the narrative America finds itself today, and I quote..

For at least 6 months Trump has stated..

Donald J Trump lost......Donald Trump will be removed from the office of the Whitehouse on January 20th/2021.....But it's gonna get real ugly..

Trump is restructuring the Pentagon, removing all persons he deems a threat, he's installing Trump loyalists in key positions....Trump believes in his muddled mind that if he removes the Pentagons' civilian oversight and installs sycophants that the Pentagon powers for removing a defiant defeated president will vanish....Delusional indeed, but that's the domain Donald Trump's head space occupies.

Even worse, Donald Trump, besides not doing anything his job as president requires is planning on doing a series of MAGA election fraud rallies.....

Trump will never concede or admit he lost the 2020 election and a civil war is what Trump is trying to start.

75 million people voted against Trump, ....Even the electoral college numbers went against him...

Recounts will not change any state results....The courts, even the Conservative stacked Supreme court isn't going to overturn any state election results(Trump is very dismayed that the supreme court won't bend to his twisted whims)

Donald J Trump is going to leave a violent flaming mess behind him as he departs the stage.

There is only one way to put this impending fire out......

All media, including Fox news must call Trump out, call him the loser he is, even if that means losing a large percentage of their viewing audience..

The days of big media trying to coddle the disturbed Donald Trump must end..

If Trump is successful in turning over the election results and nullifying over 75 million voters that rejected him...It will not be IF THERE IS A CIVIL WAR  BUT WHEN A CIVIL WAR STARTS.

Don't give Donald Trump anything but dead air.

The only way to diffuse Donald Trump is to treat him as if he doesn't exist.

That's the only way to stop Trump.....The onus is on all big media, and that includes Fox News!

Time to Drift Away